E-commerce of medicinal products: According to the Court of Justice, a foreign pharmacy may be subject to the restrictions in force in Member States where it sells medicines online 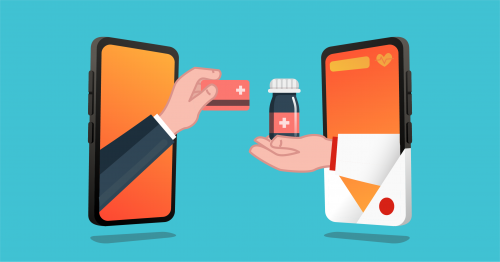 With e-commerce becoming more and more widespread, including in the pharmaceutical sector, we are taking a close look at the small but growing number of decisions in both national and European courts that are already providing early indication and some interpretation of the many gray areas left by applicable legislation in this field.

In view of this, it is worth mentioning the ruling issued in early October by the Court of Justice of the European Union (case C-649/18). More specifically, the Court ruled on the legality, under EU law, of certain restrictions set forth by a Member State where drugs were sold by an e-commerce service provider based in a different Member State.

Considering the heavy competition that might exist in a given State if foreign pharmaceutical e-commerce operators are not subject to the same restrictions applied to operators established in that State, the scope and significance of this judgment becomes clear. Indeed, the Court set out some principles with a scope that could easily go beyond the case at issue and involve a wider range of national systems.

1. The issue submitted to the CJEU

The decision delivered by the CJEU resulted from a preliminary issue raised by the Paris Court of Appeals during a case involving as defendant a company incorporated under Dutch law that runs a pharmacy based in the Netherlands and a website for online sales of non-prescription medicines addressed to French customers. Plaintiffs in the case were various associations representing the professional interests of pharmacies established in France.

The dispute concerned an extensive and multifaceted advertising campaign carried out by the Dutch pharmacy to promote its website, which was aimed at French consumers and was prohibited by French law regulating advertising and sale of drugs online. More specifically, the Company sent advertising via mail and placed advertising leaflets in bundles sent by other e-commerce operators. In addition, the Company advertised on its website a discount applied to the total price of the order for medicines once a certain amount had been exceeded and paid to be included in search engine indexes.

Such promotional activities are forbidden under French law, in that they are considered detrimental to the dignity and decorum of professionals in the pharmaceutical sector. Accordingly, the Court was called upon to assess the legitimacy of the application of such restrictions to a company offering its e-commerce services from the Netherlands, without being established in France.

2. Member States may not limit the movement of online services except in certain cases

First of all, the Court classified the e-commerce of medicine as an information society service, thus including it in the scope of the E-Commerce Directive (2000/31/EC).

More specifically, Member States may adopt restrictive measures provided that such measures (i) are necessary to protect public policy, public health, public security, and national defense or consumers, (ii) are intended to restrict a service that represents a serious and grave risk of prejudice to those objectives, and (iii) are proportionate to the attainment of the same objectives.

In the present case, the Court recognized that the French rules do indeed have a restrictive effect on the e-commerce of medicines and related promotional activity, since they prevent the Netherlands company from reaching out to potential customers in France and from promoting its products online. Consequently, in order to verify that French provisions comply with the principle of EU law, the Court assessed whether or not each provision met the three requirements set out above (necessity, seriousness of risk, and proportionality).

3. The CJEU confirms the applicability of the more restrictive rules of the Member State to which the service is addressed

Applying the above criteria, the Court concluded that, pursuant to the E-Commerce Directive, an e-commerce service provider established in a given Member State shall be subject to the regulation of a different Member State that:

However, the Court stated that the E-Commerce Directive does not allow for the application of a Member State provision prohibiting pharmacies from paying for inclusion in search engine indexes and price comparison sites. According to the CJEU, that prohibition is applicable only if the Member State provides evidence that such a provision is actually capable of ensuring protection of the right to health and does not exceed what is necessary for the pursuit of such objective. In the case at issue, the French government was not able to provide adequate evidences. It will therefore be up to the French court that submitted its question to the Court to examine whether the evidence provided by the French government proves that the restriction is appropriate and proportionate to the objective.

4. Pharmaceutical e-commerce in Italy and the possible impact of the ruling

In Italy, the Code of Medicines (Legislative Decree 219/2006) allows the e-commerce of medicines under certain conditions. In particular, only non-prescription medicines (including over the counter medicines) can be sold online.

Medicines can be sold online only by pharmacies and parapharmacies with a physical location in the Italian territory, holding an appropriate authorization issued by the competent Italian Region or autonomous province. There are also some specific requirements that are mandatory for these undertakings, such as displaying the national identification logo on each page of the online drugstore. Specific limitations also apply, such as a ban on the use of e-commerce apps, a prohibition against applying greater discounts on the sale of medicines online than sales in pharmacies, and so on.

In this context, from the perspective of aiming to create equality between potential competitors, the position expressed by the CJEU in its decision is of particular relevance. In a nutshell, the Court leaves open the possibility that, under certain conditions, the same restrictions to which Italian operators are subject may also apply to foreign pharmacies offering medicines in Italy. Obviously, the likelihood of this occurrence will have to be assessed on a case-by-case basis, in an effort to prevent any undue or disproportionate restriction on the free movement of information society services in Europe.

Tag: Ecommerce, Marketing Authorisation, Pharmacies, Agenda Digitale
< Back to blog
Welcome to the Portolano Cavallo Life Sciences blog focusing on legal development and key legal issues affecting the life sciences and healthcare industry.
...
Read more
Our highly-ranked team of professionals will provide news, insights and multidisciplinary commentary on the hottest and most recent regulatory, transactional and contentious aspects of the pharmaceutical, bio-tech, med-tech, food supplement and healthcare world with an eye on its digital transformation and technological developments.