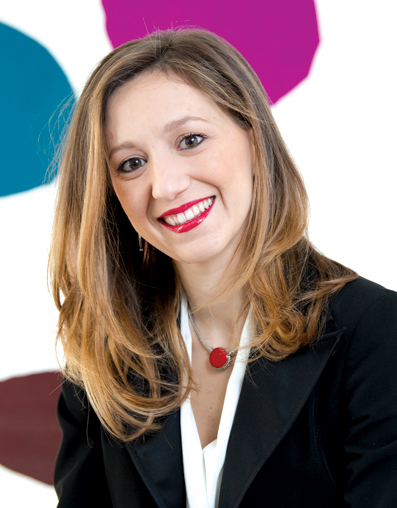 Areas
Industries
Practice area contact for:
Industry contact for:
Elisa Stefanini is highly rated by the market for her strength in the life sciences space, with one source stating: 'I feel in good hands with Elisa and I trust her to take care of clients.' She advises on clinical trials and contentious matters as well as compliance issues."
CHAMBERS EUROPE 2022 - LIFE SCIENCES
Elisa joined Portolano Cavallo in February 2017.

She has an extensive experience in regulatory and compliance matters with a particular focus, in the last years, on all legal matters regarding pharmaceuticals and medical devices and other areas of Life Sciences.

Her experience includes clinical trials, placing on the market, promotion and advertising of pharmaceuticals and medical devices, etc. She has also gained significant experience in matters of protection of personal data in the context of clinical trials, with particular regard to the processing of genetic data, including through biobanks. In addition, she often advises on Life Sciences regulatory matters in the context of M&A transactions.

From 2010 until her arrival at Portolano Cavallo, Elisa worked at BonelliErede. Previously she worked in the Privacy Practice Group of Bird & Bird in Milan and before that with Studio Legale BLB and Nunziante Magrone.

From 2006 to 2010, she was Contract Professor in Public and Constitutional Law at the Università Commerciale Luigi Bocconi.

Elisa is ranked by Chambers Europe 2022 for Life Sciences (Band 3),, by The Legal 500 EMEA 2022 as “Next Generation Partner” for Life Sciences and Healthcare, and by Who’s Who Legal as “Recommended”  in the Italy 2022 (Life Sciences) and the Life Sciences 2022 (Regulatory) guides. She has been recognized also as a Client Choice International Awards 2022 winner in the Healthcare area.

She is the author of several publications in the field of biotechnology and scientific research, including the monograph “Genetic Data and Fundamental Rights. Comparative and European Law” (CEDAM, 2008), as well of numerous articles published on some of the field’s most prestigious journals, such as: “Publication of Clinical Trials Data: A New Approach to Transparency in the European Legislative Framework” (Medicine Access, October 11, 2017); “Genetic research and rights of the people involved: from an individual approach to an universal perspective” (Biotech Innovations and Fundamental Rights, Springer, 2011); “The exchange of genetic information in light of old rights and new challenges” (Genetic Data in Bio Law, CEDAM, 2011); “Italian Biobanks and the Need for Legislative Regulation” (in the Script-Ed, 2010); ”Shared genetic data: a new frontier for privacy” (European Comparative Public Law, 2008); “Principle of coexistence and GMO-free Regions: the end of the moratorium on genetically modified crops in Italy” (Constitutional Law, 2006).

She is also author of numerous articles in magazines, including foreign ones, specialized in the life sciences sector.

She participates in the capacity of speaker in numerous conferences and seminars in the field of Life Sciences.