Structuring Venture Capital Transactions in the United States, the UK, and Italy 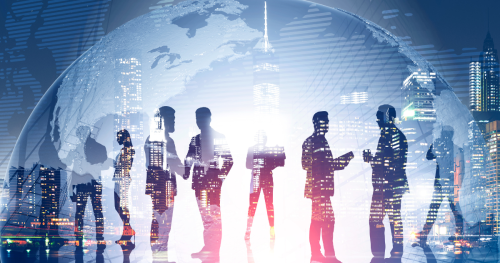 A few months ago, in a round table with Michael C. Labriola and Jose Campos from Wilson Sonsini, we discussed similarities and differences in structuring VC transactions in the U.S., UK, and Italian markets (e.g., SAFE, KISS, convertible notes), common clauses most frequently discussed by founders and investors (e.g., liquidation preference, exit, corporate governance, anti-dilution, limitation on the transfer of shares), and best practices and new trends.

After a difficult year in 2020 with Covid-19 restrictions in place, 2021 was a time of rebirth: digitalization accelerated in many areas, especially in the life sciences, and that, in turn, stirred up interest among the investor community.

For the U.S. market, 2021 started with a stable trend and then an increase. Covid, paradoxically, facilitated investments, making it easier to raise money all over the world: video calls on Zoom and Microsoft Teams eliminated geographical and language barriers. The same happened in the UK. Furthermore, the United States had the largest share of global exits with 40%, followed by Europe.

The Italian market can be considered a growth market. Indeed, in 2021 deals doubled compared to 2020. The role of foreign investors was significant: they invested in fewer deals but contributed more money (they participated in 33% of deals, but their investments amounted to 66% of the total value of deals). Exits also doubled between 2020 and 2021 (from 15 to 30), especially in M&A, and in Q1 2022 there have already been 10. The sectors most involved are tech, life sciences, and energy.

According to the most recent data, from a global perspective the venture capital trend appears to be slowing somewhat. Indeed, globally there was a 23% drop in startup funding from the first quarter to 108.5 billion dollars. The largest decline, totaling 52.9 billion dollars, was in the United States, while Europe recorded a smaller 13% decrease. Despite this global contraction, the results in Italy are excellent. In Q2 2022, investments in Italian venture capital reached 552.6 million euros compared to 443.6 million in Q1.

A comparison of market practices on structuring VC transactions in Italy, the United States, and the UK

In Italy, in the pre-seed phase, the method most commonly used to finance a start-up is a capital increase, while in the seed phase convertible loans and equity crowdfunding are also frequently in play. In early and growth stages, the most common instrument is a capital increase along with the issuance of preferred quotas or shares. Investors do not usually opt for other instruments since alternative instruments do not provide tax benefits.

In the United States and the UK, the main instruments used in the pre-seed phase are Simple Agreements for Future Equity (“SAFEs”). In the early and growth stages, in the United States and the UK model financing documents drafted, respectively, by the National Venture Capital Association (“NVCA”) and the British Private Equity & Venture Capital Association (“BVCA”) are used. These markets are far ahead in drafting standard uniform documents for investors. Indeed, in these countries pre-seed financing deals close in a few days, while those in more advanced stages close in a few weeks.

In larger and more evolved ecosystems such as the United States and the UK, contract standardization has proven to be a key to successful investment growth. In Italy, we have yet to achieve the goal of having a concise and streamlined contractual model that is widely accepted and understood by the market and investors in general, and that allows investment transactions to be set forth and closed quickly (within days or weeks and not months), including with regard to implementation modalities. Portolano Cavallo has been a pioneer in this area, drawing up a template term sheet for Round A investment together with the Italian Tech Alliance association and Growth Capital. This ambitious project is intended to make the Italian market more attractive to foreign investors and increase deals. Indeed, this is a step toward internationalization of the Italian VC market and simplification of Italian investment mechanics.

In terms of investors’ rights, in Italy investors are assigned liquidation preferences as a standard feature of preferred quotas/shares from early-stage rounds onward. The current market standard is 1x non-participating liquidation preference. In the United States and the UK, the system is basically the same, but there may be variations. In cases with lighter cash flow, investors may demand higher multiples.

Both in Italy and in the UK pre-emption rights and rights of first refusal (“ROFOs”) are provided in the bylaws, while in the United States ROFOs are generally contractual. Further, the American market standard practice is to limit such rights to the major investor.

Regarding exit mechanisms, in Italy contracts are structured to give priority to IPO (although it does not happen so often in practice), but when this is not possible, the option is to sell shares and, ultimately, to sell the entire company. The secondary sales market is not well developed.

On the contrary, in the United States and the UK, the secondary sales market is very active. First, a lot of startup companies stay private for a long period and want to allow their employees to cash out during that period. Second, since the VC market has been challenging lately, companies want to avoid dilution and find secondary sales market mechanisms helpful with this.

Foreign investors want Italian mechanisms to be as accessible and standard for seed and early stage investments as they are for later stages. Furthermore, if things become easier, investors may not require Italian startups to move their registered offices to the  country where the investors are based (known as the “flip-transaction” phenomenon).

The Italian market has huge opportunities. This is a crucial time in which it must grow, change its cultural approach, and become more competitive. Developing model instruments can be the key but, above all, it will be necessary to establish a unified and conscious Italian VC community.

Tag: Venture Capital
< Back to blog
Welcome to the Portolano Cavallo Startup and Venture Capital blog, focusing on key legal issues and market trends affecting startups and the venture capital industry.
...
Read more
Our enthusiastic and passionate team of professionals will provide news, insight, and multidisciplinary commentary on the hottest and most recent provisions of law and investment and market and contractual trends in the startup and venture capital sector with an eye not only to the Italian market but to the entire European and international ecosystem.