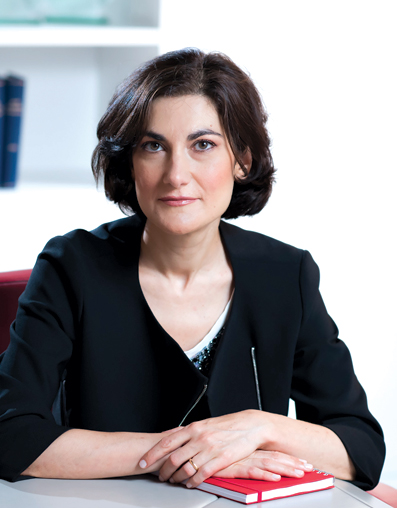 Since 2012 Antonia is a partner of Portolano Cavallo, which joined in 2008.

Before that, she worked in London and Milan at a leading Italian firm, assisting Italian and foreign clients mostly in Mergers and Acquisitions, Private Equity and Joint Venture operations. She has more than 20 years of experience on those matters.

In the last ten years she also developed a strong expertise with respect to Venture Capital transactions and startups.

Antonia is a regular speaker at conferences and seminars on the legal aspects of M&A and Venture Capital operations. She has authored various articles on the above subject matters, which have appeared in a number of newsletters and online magazines.

She has been selected as a mentor for startups from several programs such as Endeavour, UnicreditStartLab, Boost Heroes, Z-Cube. She cooperates with the NECSTLab of Politecnico of Milan as teacher at the one-year course named “EleMenti d’Impresa”.

She is the only Italian board member of the European Women Lawyers Association (EWLA) she is officer for the European Regional Forum of the International Bar Association (IBA), serving as Vice Chair of the Diversity and Inclusion Group. She is also involved in the organization of the IBA Startup Annual Conference.

In 2019 StartupItalia, the Italian online magazine on innovation and startups, recognized Antonia as one of the 1000 “Unstoppable Women” who are changing Italy.