The “Pharmacy of Services” becomes more and more real 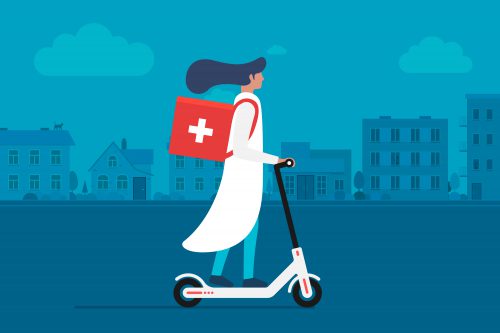 In recent months, under the pressure of the COVID-19 emergency, pharmacies have become more and more involved in the delivery of healthcare services to patients, in support of healthcare facilities and operating under the umbrella of the National Health Service (“NHS”). This phenomenon has given a big boost to implementation of the concept of a “Pharmacy of Services.” Although that concept has existed for more than 10 years now, it has not yet been fully established.

The concept of a “Pharmacy of Services,” as opposed to the role of the pharmacy as a mere drug distributor, was first introduced in Italy by Law No. 69/2009. That was implemented by Legislative Decree No. 153 of October 3, 2009 (“Leg. Decree 153/2009”), which still remains the legislative framework on this topic.

Leg. Decree 153/2009, which identifies the services that may be provided by pharmacies within the NHS, was further supplemented by three Ministerial Decrees issued between 2010 and 2011. Those allow the following services to be delivered to patients in a pharmacy:

More recently, additional regulatory measures were adopted in relation to services that can be provided to patients on pharmacy premises. By way of example these include:

More recently, Budget Law 2021 (Law No. 178 of December 30, 2020) amended Leg. Decree 153/2009 to allow pharmacies to carry out, among other things, diagnostic tests involving the drawing of capillary blood.

Although this provision was introduced in the context of the COVID-19 emergency, it is general in nature and opens up new scenarios for the services that pharmacies will be able to offer patients even post-pandemic, though all prescription and diagnostic activity and the sampling of blood or plasma using syringes or equivalent devices remain strictly prohibited.

The role of pharmacies in the pandemic crisis

In particular, with regard to COVID-19 vaccination, the Budget Law allows appropriately trained pharmacists to administer vaccines in pharmacies on an experimental basis for year 2021.

Activation of these services is subject to the execution of specific agreements between the relevant Regions and the associations representing pharmacies; those agreements shall also regulate aspects relating to the minimum structural requirements of the premises for the administration of vaccines, as well as the appropriate measures for guaranteeing patient safety.

Toward a real Pharmacy of Services?

As a result of the regulatory framework described above, and especially in the light of the most recent developments, the role of the pharmacy seems to have undergone a profound transition from the (more traditional) role of mere distributor of pharmaceutical products to the role of distributor of services connected with the protection of health.

Even some recent decisions in the case law have recognized this development by rejecting certain appeals targeting decrees that expanded the role of the pharmacy (e.g., decision of the Council of State No. 111/2021 of January 4, 2021). The Constitutional Court has also stated that “the activity carried out by pharmacies is no longer restricted to the distribution of drugs or health products but extends to the provision of services” (sentence No. 66 of April 7, 2017, issued in relation to law No. 69/2009 and Leg. Decree 153/2009).

It is therefore evident that the trend is increasingly that of recognizing the role pharmacies play in promoting health services throughout the territory by supporting access to traditional healthcare facilities (and in some cases compensating for the lack thereof). Enhancement of this role could allow pharmacies to function more effectively at a time when pharmacists often complain that their role has been negatively affected by the recent introduction of new ways of dispensing drugs (ecommerce and home-delivery) and when there is no doubt that such activities will become increasingly virtual and technologically driven.

In this scenario, the Pharmacy of Services represents a real opportunity for the pharmacy to regain its importance and bring patients back to a “physical” pharmacy.

Tag: Pharmacies, COVID-19, Regulatory
< Back to blog
Welcome to the Portolano Cavallo Life Sciences blog focusing on legal development and key legal issues affecting the life sciences and healthcare industry.
...
Read more
Our highly-ranked team of professionals will provide news, insights and multidisciplinary commentary on the hottest and most recent regulatory, transactional and contentious aspects of the pharmaceutical, bio-tech, med-tech, food supplement and healthcare world with an eye on its digital transformation and technological developments.