Mutual recognition for medical devices between the EU and Switzerland ceased to apply on 26 May 2021: what is the impact for the sector? 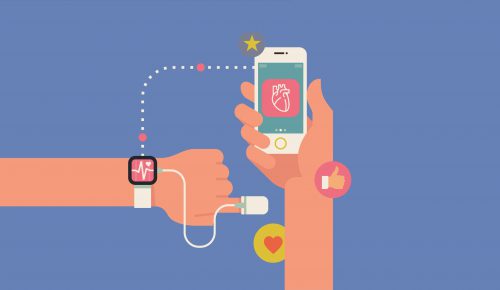 On May 26, 2021, the Swiss Federal Council rejected the framework agreement deal with the EU. There’s plenty at stake: Switzerland is the EU’s fourth-largest trading partner, while Switzerland trades with the EU more than any other country. What does this mean for Switzerland and its EU partners, in particular Italy?

We will see whether it will turn out to be a “black Wednesday” or simply a new chapter, as some politicians predict. The fact is that seven years of negotiation efforts between Switzerland and the EU to replace more than 120 bilateral deals have failed, leaving a gap and uncertainty in business relationships between Switzerland and the EU. The negotiations largely fell apart over EU demands for full access to the Swiss labor market for EU citizens, with a legal framework that goes further than the existing one, in particular in terms of access to Swiss social security and welfare for EU citizens. Switzerland remains a leading trade and business partner of Italy and vice versa. Many Italians work in Switzerland and many Swiss residents commute to work in Italy. Further, around 1.4 million EU citizens live in Switzerland among its 8.5 million residents. About 340,000 people commute to work in Switzerland across the border from surrounding EU nations. Although the existing bilateral agreements between Switzerland and the EU remain in force for now, the EU has warned that, due to the failure to agree upon a framework agreement, no further bilateral agreements will be concluded, and existing agreements may not be renewed. That would have tremendous consequences for the Swiss market, but also for Switzerland’s major business partners, which include Italy.

Also on May 26, 2021, the EU Commission announced that the mutual recognition and related trade facilitation effects for medical devices between the EU and Switzerland ceased to apply on the same day. This is linked to the new Medical Device Regulation that entered into force in the EU on that date. What does this mean for Switzerland and its EU partners, in particular Italy?

Yes, indeed. Due to the fact that a framework agreement between Switzerland and EU has not been established, the Mutual Recognition Agreement (MRA) has not been updated as well. Thanks to the MRA with the EU, Switzerland was an equal trading partner in the EU’s internal market for medical devices. Now Switzerland will be treated as an outside country from an EU perspective and vice versa. An update to the MRA would have been necessary in order to maintain smooth reciprocal market access between Switzerland and the EU, but since the negotiations on the framework agreement failed, there is not much room left for discussion. The EU has always made clear that in the absence of a deal on the framework agreement, an update of the MRA, including the medical device chapter, cannot be considered.

As a consequence of the non-updated MRA, the Swiss and Italian medtech industries have to cope with significant additional hurdles—there is no freedom of services anymore. The most important consequences are as follows:

From the EU perspective: Swiss companies will be treated like any other third-party country in terms of medical devices. In particular, Swiss companies now must appoint authorized representatives in the EU.

From the Swiss perspective: With the MRA no longer in place, devices placed on the EU market can no longer move freely to the Swiss market. They must formally be placed on the market in Switzerland, in compliance with Swiss law. Since 2020 there has been a new law in Switzerland regarding medical devices, known as the Medical Devices Ordinance (MedDO, modified in May 2021). The MedDO introduced numerous requirements for companies. Similarly to the MDR, it requires non-Swiss manufacturers to appoint authorized representatives and have their devices placed on the market by Swiss importers. In other words, non-Swiss companies now also face additional requirements.

In this context, the implications could be tremendous for business between Switzerland and Italy, in particular for startups and SMEs that can’t afford the expensive and long authorization processes in the EU.

Do you think these developments will heavily affect the life sciences sector and if so, how?

Failure on the MRA agreement between the EU and Switzerland will have immediate impact in the life sciences sector. As discussed above, new EU regulations will no longer recognize medical device quality certificates obtained in Switzerland, and Swiss companies will be treated like any other third-party country in all respects. It is to be expected that some Swiss manufacturers of medical devices will face additional obstacles when exporting their products to the EU from now on, meaning trade will become more burdensome. Once the deal on medical device standards expires, Swiss exporters of such equipment will lose their privileged direct access to the EU market.

The issue is complicated by the failed negotiations between Switzerland and the EU on the establishment of a framework agreement. Specifically, with the parties unable to agree upon a framework agreement, it is not possible to renew the MRA agreement. Consequently, the harmonization of Swiss and EU regulations on medical devices is not expected to happen in the short term. It will have to wait until Switzerland and the EU can settle on new mutually agreeable terms. For the reasons mentioned above, the lack of agreed upon terms resulting in an effective framework agreement will inevitably negatively affect the relevant business activity between Switzerland and Italy. Swiss manufacturers will be forced to meet more stringent and expensive requirements to comply with Italian safety and quality standards, the effects of which will be particularly hard felt by startups and SMEs already struggling due to the pandemic.

Speaking of the pandemic, experts say that, in the event of large-scale vaccine procurement measures on the part of the EU, Switzerland will now be more likely to confront supply bottlenecks in an emergency. This is expected to have an extremely negative impact not just on business, but on public health as well.

Dr. Anna Gottret focuses on national and international corporate and commercial law, and she actively advises her clients on legal matters related to competition, data protection, and labor law. In addition, Anna is widely recognized for her cross-border advisory and international transactional work. Anna has practiced law for over a decade, and she has extensive experience working with major international law firms in Switzerland (Berne), the EU (Brussels), and the United States (New York), as well as serving as in-house counsel for a number of high-profile companies and public institutions.

Alisa Burkhard advises companies and entrepreneurs on questions of Swiss and international corporate and commercial law, as well as contract law, and helps her clients find their way through the legal maze so that they can concentrate on building their businesses. She is also a trusted advisor to her private clients on legal matters in connection to their professional and personal ventures in Switzerland, as well as individual taxation and immigration law. Alisa was born in Russia and grew up in the United States, so she focuses in particular on advising Russian and English-speaking private clients.

Sophie Winkler has extensive experience in commercial and contract law with a focus on small and mid-sized companies. Over the past 10 years, she has mainly advised companies in the tourism and travel industry, as well as insurance companies with regulatory issues. She has experience as an attorney-at-law in private practice as well as in-house counsel for multinational and mid-sized companies. Through her work as president of the foundation board of Children’s Home of Hope NAG in Nepal, Sophie also has experience with the challenges faced by NGOs.

Tag: Medical Devices, European Commission
< Back to blog
Welcome to the Portolano Cavallo Life Sciences blog focusing on legal development and key legal issues affecting the life sciences and healthcare industry.
...
Read more
Our highly-ranked team of professionals will provide news, insights and multidisciplinary commentary on the hottest and most recent regulatory, transactional and contentious aspects of the pharmaceutical, bio-tech, med-tech, food supplement and healthcare world with an eye on its digital transformation and technological developments.

Close
Flash News
The Medical Device Coordination Group endorsed new FAQ on the European Medical Device Nomenclature (EMDN), that aims at supporting the functioning of the European database on medical devices...
The Italian Data Protection Authority published guidelines on the role of the Data Protection Officer in public entities: important news for hospitals and healthcare facilities
European Health Union: Commission publishes open public consultation on the European Health Data Space
Clinical Trial Regulation: Clinical trial EU Portal and Database, essential for the Clinical Trial Information System (CTIS), is now fully functional and on track to go live by 31 January 20...
Dematerialization of prescriptions: Ministerial Decree allowing e-prescriptions for drugs not reimbursed by the NHS has been published in the Italian Official Journal.
Search by...
Search
Keep in touch, read our newsletters
Subscribe
Follow us on
Follow us on
© Portolano Cavallo Studio Legale 2021, all rights reserved P. IVA 06794491008
This Website uses third party cookies to improve your browsing experience and track your visit. By clicking “I Accept”, you consent to our use of cookies. For more information about the cookies used by the Website please read our Cookie Policy.
I accept
X