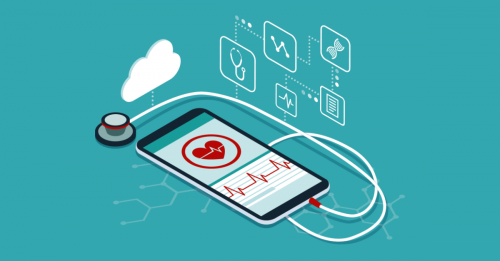 On 3 April 2020, to prioritize the fight against the Covid-19 pandemic crisis, the European Commission adopted a proposal to (i) postpone the date of application of Regulation (EU) 2017/745 on medical devices (“MD Regulation”) (scheduled for 26 May 2020) by one year and (ii) deviate from the normal conformity assessment procedures of medical devices in cases of need and emergency.

A. One-year postponement of the date of application of the Regulation (EU) 2017/745 on medical devices

As is well known, the MD New Regulation will establish a new regulatory framework for the functioning of the internal market for medical devices. As of the date of application, the relevant national regulations (resulting from the transposition of the Directive 93/42/EEC) will be replaced by the MD New Regulation, which will regulate medical devices in a uniform manner throughout the European Union.

The outbreak of the pandemic just three months before the date of application definitively marked the need for a postponement that would be a relieve to Member States, health institutions, notified bodies and, in general, economic stakeholders that were already facing several challenges on different levels to implement in the time the MD Regulation and that now are under an enormous pressure due to the Covid-19 outbreak.

For instance, the process of “re-authorization” of the bodies responsible for certifying the conformity of medical devices to the new rules or the implementation of a unique European database for the registration of devices on the market were already experiencing significant delays. Due to a more complex process, only in Italy, 1 out of 11 notified bodies operating under the previous legal framework has been confirmed so far. Consequently, in several cases, economic operators were already having trouble to find notified bodies complying with the new rules to certify their devices as well as implementing the new measures. The pandemic would clearly make everything worst.

The Commission took note of the current situation by adopting this proposal, which now awaits final approval by the European Parliament and the Council in the coming days under an accelerated procedure.

The Commission’s decision aims at achieving the following objectives[1]:

If the proposed postponement is enacted, Directive 93/42/EEC and the relevant European country specific implementing regulations would continue to be applied and all the transitional arrangements would also be extended for a further one-year period (by way of example, it would be allowed to keep on the market medical devices marketed under the previous legal framework, under certain conditions, until 25 May 2025 and not until 26 May 2024).

As final remark, we remind that this proposal will not affect the date of application of the Regulation (EU) 2017/746 on in vitro diagnostic medical devices, which will become applicable from 26 May 2022, as originally foreseen.

B. Derogation of conformity requirements at European level

The European Commission has also proposed a further amendment to the MD Regulation to provide the same Commission with the ability to adopt immediately (and not as of the date of application of the Regulation on 26 May 2020) derogations at European Union level from the requirements for the use of medical devices in order to address potential shortages of vital devices.

To this end, it is foreseen that the competent authority of a Member State may authorize the placing on its market of devices for which conformity assessment procedures have not been carried out but whose use is in the interest of public health. Following notification of the local measure by the Member State, the Commission may, in exceptional cases, extend the effects of such authorization to the territory of the whole European Union. This type of measures cannot be sufficiently achieved by each Member States on a stand-alone basis but can rather, by reason of its scale and effects, be better achieved at European Union level.

For instance, if the proposal is approved by Parliament and the Council, the Commission would have the ability to extend those emergency measures set forth under Italian law-decree 17 March 2020, n. 18 (“Decreto Cura Italia”) for Italy to the entire European Union, which allow the production, importation and placement on the market of surgical masks and personal protective equipment in derogation from the conformity provisions in force by submitting a self-certification (by which the operator shall simply declare to meet certain minimum requirements).

[1] Press release issued by the European Commission and available at the following address: https://ec.europa.eu/commission/presscorner/detail/en/ip_20_589.

Tag: Medical Devices, Regulatory, European Commission
< Back to blog
Welcome to the Portolano Cavallo Life Sciences blog focusing on legal development and key legal issues affecting the life sciences and healthcare industry.
...
Read more
Our highly-ranked team of professionals will provide news, insights and multidisciplinary commentary on the hottest and most recent regulatory, transactional and contentious aspects of the pharmaceutical, bio-tech, med-tech, food supplement and healthcare world with an eye on its digital transformation and technological developments.