COVID-19 and consumer protection: the impact on selling and advertising practices and early reactions from relevant Italian bodies 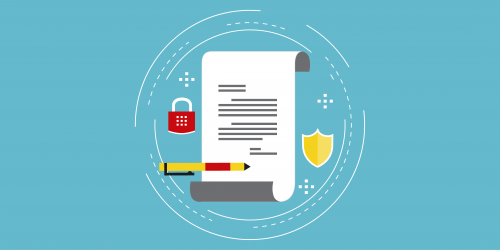 How coronavirus impacted sales and advertising from a practical standpoint

In the current COVID-19 (“coronavirus”, for simplicity) context, everyone’s daily life has deeply changed. With some exceptions, people must stay home, working remotely and limiting any exposure to the external world except in absolutely necessary cases (e.g., going to supermarkets).

This change in lifestyle has obviously affected consumers’ purchasing habits, given that stores are closed and people can buy non-necessary items only online. Even e-commerce has been affected, as some major operators, such as Amazon, have chosen to suspend sales of non-necessary items—ethical behavior aimed at not slowing sales of necessary items (as well as not increasing postal traffic). Though certainly ethical, however, this behavior cannot be followed by all operators, especially those for which doing so would entail stopping their activity entirely. In this scenario, operators have been forced to reorganize their activity by finding a balance between the security needs of their employees and the need to earn money. Most operators have adopted multiple and varied measures, for example, extending the 14-day period for withdrawal provided by law to 60 days, thereby reducing postal traffic and physical activity on the part of both consumers and staff; sale of products and services at a considerable discount to be delivered to/used by consumers after the end of the coronavirus emergency; and an increase in promotions.

In a business world deeply affected by coronavirus, advertising—which is intrinsically linked to sales—has not been spared such changes, starting from the way to advertise products and the means chosen to communicate promotional messages. OOH (out of home) advertising obviously is not as attractive as it usually is, given that consumers are staying home. Indeed, from a practical standpoint, most operators have chosen not to continue to invest in this form of advertising, favoring online and social media advertising instead; supermarkets, which are still open and, therefore, still have an interest in capturing the attention of the few people on street by means of OOH campaigns, are an exception. The natural consequence of this change in the advertising context is that a lot of billboards are empty and are being used by their owners to share institutional messages, including those simply advising people to stay home.

On the flip side of the good examples above, which reflect positive input received from the government and a shared sense of civic responsibility, there are examples of companies that in their advertising campaigns, especially at a local level, speculate on the emergency and, in some cases, on the measures adopted by the government. For example, when the government closed schools some weeks ago, a lot of ski areas launched campaigns inviting people to go on vacation and take advantage of the school closure, in direct opposition to the government’s purpose.

Campaigns involved include advertising and commercial practices concerning specific products of utmost relevance in this emergency period (for example, medical devices, drugs, and fundraising) that explicitly exploit coronavirus and people’s fear for profit. The Italian bodies in charge of consumer protection—the Competition Authority (“AGCM”) and the Self-Regulatory Advertising Body (“IAP”)—recently have taken vigorous action to counteract these practices.

How AGCM and IAP are dealing with coronavirus

The first injunction against misleading practices referenced above was issued on February 28 by the Monitoring Committee, the IAP body responsible for consumer protection, in connection with a hand sanitizer product (Primagel) sold in several famous candy stores (under the brand ODStore) and advertised with the claim, “Lick your fingers safely, you can do it in our stores! In the ODSTORE stores we have available… Primagel hand sanitizer gel 50ml. Specific product against CORONAVIRUS – SARS.”

Specifically, the Committee considered this message in breach of two different articles of the Self-Regulatory Code on Commercial Communications, namely:

The full text of the injunction is available here.

Basically, AGCM investigated two main areas: claims relating to the alleged effectiveness of individual products in terms of protecting against or combating coronavirus and the unjustified and substantial increase in sale prices for the products concerned (see the press release here).

In starting these investigations against Amazon and eBay, AGCM has pointed out that its attention and resources are focused on the e-commerce environment, given the limited operations of traditional businesses during these times. Consequently, AGCM has decided to take urgent action toward other online companies/operators.

In particular, AGCM has started several investigation proceedings and issued interim urgent measures to block/amend some websites allegedly selling products with modalities that are in breach of the Consumers’ Code (Legislative Decree No. 206/2005), namely:

Moreover, although the website suggested that the online sale of the product was lawful, such sale was actually not allowed in Italy because the medicine is sold by prescription only (the full text of the resolution is available here).

These products were advertised with the hashtag #coronavirus and claimed unfounded antiviral, antibacterial, and antiseptic abilities against coronavirus, as well as abilities to strengthen the immune system and to protect the respiratory tract. There were also claims that detergents and cosmetic creams had disinfectant properties and could combat contagion. None of these claims were actually supported by scientific literature and none of the advertised products were medical and surgical products (the full text of the resolution is available here).

The information provided by the professional on the effectiveness of the test, its intended use, and its experimental character appeared ambiguous, confusing, and obscure. Moreover, the professional spread news about alleged problems with supply of “swabs” by public health facilities (the full text of the resolution is available here).

In all of these cases AGCM argued that at first look the commercial practices in question appeared manifestly misleading and aggressive, in breach of Articles 20 and 21 of the Consumers’ Code, exploiting the existing health alert situation due to coronavirus and the consequent alteration of consumer judgement. In light of this, the practices were deemed contrary to professional diligence and likely to cause the average consumer to make a transactional decision that he/she would not have made otherwise.

The practices described were also considered in breach of several additional provisions of the Consumers’ Code on unfair commercial practices, including: Article 23, paragraph 1, let. s), considering a misleading practice to be one “claiming, contrary to the truth, that a product has the ability to cure illnesses, dysfunctions or malformations” (except in the case of the self-diagnosis test); Article 25, paragraph 1, let. c), considering “the exploitation by the professional of any tragic event or specific dangerous circumstance as to impair the consumer’s judgement in order to influence the consumer’s decision with regard to the product” as an element to be taken into account in evaluating whether the practice is also an aggressive one.

In addition to the above, the famous GoFundMe platform, known at a worldwide level, has also caught the eye of AGCM.

The platform promotes attempts to make donations and raise funds for charity purposes (crowdfunding), mostly in favor of hospitals and health facilities in the areas most affected by the coronavirus emergency. The most famous example in Italy is the fund organized by Fedez, an Italian rapper, and his wife, Chiara Ferragni, a famous influencer.

Even though the platform was promoted as free of charge, the donor had to bear the costs associated with credit and debit card transactions. Additionally, there was an “optional” commission on each transaction that appeared to be pre-set at a value equal to a percentage of the donated amount; the consumer could cancel it only by clicking on “Other” in an adjacent drop-down menu and entering zero as the amount.

AGCM considered such mechanisms likely to unduly influence the donor, who may not be aware of the possibility of modifying or cancelling the pre-set amount from the platform or may consider it necessary for the transaction. This mechanism seemed particularly insidious in the view of AGCM, given that consumers use GoFundMe for charitable purposes, which implies reduced attention to the mechanisms of the site and/or a greater propensity to dispose of financial resources. As a consequence, the practice at hand was qualified as an unfair one.

In light of the above, on March 22, AGCM ordered the mechanism for pre-selection of the optional commission to be eliminated immediately, leaving the consumer full freedom of choice through indication of the zero value that he/she can then change (the full text of the resolution is available here).

As of now, AGCM has issued only urgent resolutions, announcing the launch of investigation proceedings against the operators and taking down the relevant websites on an urgent basis (as in the Carlita case) or forcing operators to amend their commercial practices (as in the GoFundMe case).

Accordingly, no sanctions have been issued so far, but it is not out of the question that they may be issued by AGCM at the end of the relevant proceedings. Generally speaking, in cases of unfair commercial practice (due to breach of one or more of the relevant Consumers’ Code provisions), AGCM may order the professional to pay an administrative sanction ranging from EUR 5,000 to EUR 5 million, taking into account, among other things, the seriousness of the infringement.

It is crystal clear that the attention of the authorities is strongly focused on coronavirus-related practices. This is especially true for AGCM, given that it dealt with several cases in roughly one week and that some of them were decided over the weekend. Moreover, it is likely that any sanctions issued by AGCM in the future in connection with coronavirus will be in the higher range; indeed, in all its resolutions AGCM has stressed that these practices are particularly insidious in the light of the current dramatic situation and the exploitation of people’s fear. In short, AGCM seems to regard such infringement as serious.

Tag: Advertising, Promotion, COVID-19
< Back to blog
Welcome to the Portolano Cavallo Life Sciences blog focusing on legal development and key legal issues affecting the life sciences and healthcare industry.
...
Read more
Our highly-ranked team of professionals will provide news, insights and multidisciplinary commentary on the hottest and most recent regulatory, transactional and contentious aspects of the pharmaceutical, bio-tech, med-tech, food supplement and healthcare world with an eye on its digital transformation and technological developments.