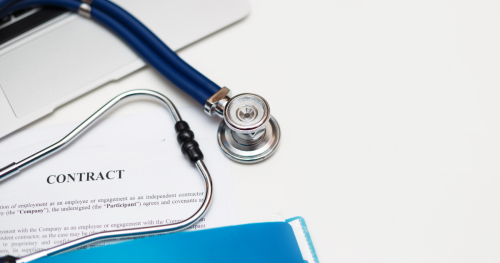 The Italian version of this article has been published on June 21, 2022 on AboutPharma.com, within our bi-monthly column on the new Clinical Trials Regulation EU 536/2014.

On May 31 of this year, the National Center for the Coordination of Ethics Committees (NCCEC) updated its model drug and medical device trial contracts. They are the benchmark for regulating the relationships between sponsors, CROs, and research centers involved in clinical trials.

These NCCEC contracts set forth the minimum basic content for agreements between sponsors and individual centers, pursuant to Article 2, paragraph 6, of Law No. 3/2018 (known as the Lorenzin Law). This is to ensure “consistency in administrative, economic, and insurance aspects.”

The new draft contracts for medicines and medical devices are largely in line with each other—save for differences related to product differentiation—and both introduce numerous changes as compared to previous versions.

Some of these changes are mere formalities, such as citation of new reference legislation—Regulation (EU) 2014/536 for medicinal products and Regulation (EU) 2017/745 for medical devices—not previously represented in the legal system. Others, however, introduce substantial changes to pre-existing contract models. The changes made are sometimes for the ostensible purpose of responding to the needs and demands of sponsors, and sometimes aimed at ensuring that the clauses of trial contracts nationwide are as consist with one another as possible. We will have to wait for the implementation of the new models and their dissemination to judge the actual scope of the changes introduced and whether they will raise new relevant issues at the application level.

Below we look at some of the changes we believe are most significant.

REQUIREMENT TO JUSTIFY VARIATIONS TO THE MODEL

The premises sections of the new contract templates provided by the NCCEC now explicitly state that any changes/additions to the template must be: (i) justified by the specifics and nature of the individual trial and (ii) justified within the contract.

According to the terms used, it is unclear whether it is necessary to list the individual changes and additions made with their justifications one by one, or whether it is sufficient simply to provide a more general justification underlying the proposed changes. This will probably have to be evaluated on a case-by-case basis, bearing in mind that such a requirement—especially if centers contractually require justification for each individual variation—could contribute to extending negotiation time, with the effect of discouraging promoters from proposing changes to the basic model.

Another new feature is the conflict-of-interest clause (Article 3.4).

The old wording, which was valid for both types of contracts (drugs and medical devices), prohibited the principal investigator and co-investigators, among others, from “having contact or relations of any nature whatsoever, other than of a scientific nature” with the sponsor and CRO. This wording reflected the original Article 6 of Legislative Decree No. 52/2019. This generically worded article, at least on its face, was broadly applicable to existing relationships that may not have been problematic and had potential to be used to ban them.

The new clause, implementing the amendment to Article 6 of Legislative Decree No. 52/2019 under Law No. 77/2020, explicitly cites a new rule. This new rule provides not a generic prohibition, but instead specific obligations on the part of the investigator.

The investigator must inform their organization in advance with the following: (i) information about the investigator’s own financial interests and those of any spouse, cohabiting partner, or second-degree relative with respect to the trial; (ii) information about any employment, consultancy, or cooperation agreements with the sponsor in any capacity, no matter when during the trial they come into being; and (iii) a statement attesting that the investigator and any spouse or cohabiting partner do not hold an interest in the capital of the company that owns the experimental drug. Based on these statements, the relevant ethics committee will then assess whether any conflict of interest exists.

So, there must be transparency from the start regarding any interests or relationships and that information will then be submitted to the ethics committee for independent evaluation. The committee will then determine, on a case-by-case basis, whether the scenario in question is permissible, without any a priori prohibition in place.

GOVERNING LAW OF THE CONTRACT AND THE COMPETENT COURT

Another important change concerns the clause on applicable law and the relevant court of jurisdiction for any disputes arising in relation to trial contracts for medicines and medical devices (Art. 16).

The standard clause in previous NCCEC models merely indicated Italian law as potentially the governing law of the contract, while individual centers rarely accepted modifications placing the contract under another state’s law. The place where the contract was executed was expressly indicated as determining the court of jurisdiction. Therefore, Italian courts always had jurisdiction stemming from the geographical location of the test center. However, in practice, many sponsors are foreign and even non-European entities that conduct trials in multiple clinical centers located in different countries. For the sake of consistency, all existing contracts may need to be governed by the same law, possibly that of a foreign country. Additionally, foreign courts may sometimes need jurisdiction to resolve disputes between the parties.

The new model contracts reflect the NCCEC’s awareness of these issues and expressly provide:

Therefore, a foreign sponsor of a multicenter international trial (a scenario that is far from rare) may refer to the laws and courts of its home state in governing individual agreements with healthcare facilities.

OBLIGATIONS REGARDING THE SUPPLY OF MEDICINES

For drug trials only, some changes were made to provisions regarding investigational drug supply obligations (Art. 4).

Concerning the sponsor’s obligation to continue to provide the investigational drug free of charge even after the trial ends, due to the need for consistent ongoing treatment, the NCCEC has adopted new wording that clarifies that this obligation arises as a result of a physician decision to continue the treatment, regardless of the applicability of Ministerial Decree No. 7/2017 (regulations on the therapeutic use of the investigational drug). However, it also allows the sponsor to put forth reasons to cut off supply of the drug by allowing any “reasons to the contrary to be specified in writing.”

The new NCCEC model also specifies that, if provided in the protocol, at its own expense the sponsor is required to provide ancillary drugs (i.e., drugs other than investigational drugs, but used in the context of the trial and necessary for its proper conduct) and background treatments (i.e., the standard treatment for the pathology studied, administered to patients whether or not they participate in the trial) if they are included in the investigational protocol for comparison between various therapeutic strategies in the trial. This clarification limits the costs of background therapy borne by the sponsor to therapy required for comparison with the investigational drug. It seems to be in line with the provisions of the Ministerial Decree of December 21, 2007 (Annex 1, item 3, Table 1), so it does not modify earlier provisions.

TRANSFER OF DATA AND RESULTS IN NONPROFIT TRIALS

Finally, a new paragraph has been added to Art. 14 in the contract model for independent trials. This paragraph covers assignment and transfer of data and results for the purpose of registration or development of the trial drug, which can only take place under the conditions set out in Art. 3 of the Decree of the Ministry of Health of November 30, 2021.

There are two points of interest here. First, the model contract refers to the issuance of a special ministerial decree, provided in Article 1, c. 2, letter g, no. 6 of Law No. 3/2018. That decree must identify specific mechanisms for compensation or a share of any profits from the sale of research results by establishing appropriate percentages and the terms of their allocation. In addition, the model stipulates that, pending issuance of the decree, the estimated value of the data to be transferred should take into account the contribution of public research centers to the conception and development of the data and results to be transferred. This means the centers would be included in mechanisms for calculating compensation or share in any profits and benefits arising from such sales.

Second and significantly, the model contract seems to suggest that when transferring data to a third-party purchaser, it is not necessary to acquire the consent of the data subjects or perform the procedures provided by the Privacy Code to override the lack of consent in cases where it is impossible to acquire it (essentially by obtaining the authorization of the Privacy Guarantor).

Indeed, the model contract merely states, “In relation to the provision of Article 3 paragraph 5 of the Ministerial Decree of November 30, 2021, the Parties undertake to give notice of the transfer on their institutional websites by way of information to the patients involved in the trial.” Therefore, informing patients would be sufficient to transfer data to a third party, as the legal basis for this further processing can be found in the same ministerial decree. Certainly, this approach would significantly streamline the requirements associated with data transfer.

Tag: Clinical Trials, Medicinal product, Medical Devices
< Back to blog
Welcome to the Portolano Cavallo Life Sciences blog focusing on legal development and key legal issues affecting the life sciences and healthcare industry.
...
Read more
Our highly-ranked team of professionals will provide news, insights and multidisciplinary commentary on the hottest and most recent regulatory, transactional and contentious aspects of the pharmaceutical, bio-tech, med-tech, food supplement and healthcare world with an eye on its digital transformation and technological developments.