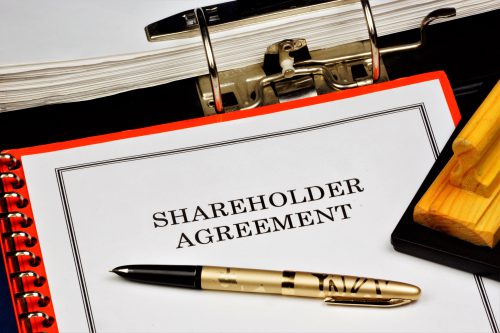 Thanks to Giuseppe Nigro for collaborating on this article

The Italian Supreme Court recently ruled[1] that, in order to classify a shareholder agreement as a contract in favor of a third party pursuant to Section 1411 of the Italian Civil Code, it is necessary to ascertain the specific intention of the shareholders to bind themselves toward a third party by granting the latter a subjective right.

The case submitted to the attention of the Supreme Court

At the end of 2007, several shareholders of two companies signed a voting syndicate agreement, based on which they undertook to vote in the companies’ shareholder meetings in accordance with decisions made by the majority of the members of the syndicate (the “Majority Shareholders”).

In November 2008, the Majority Shareholders agreed on the appointment of a person to the position of managing director for two three-year terms (from 2009 to 2011, and from 2012 to 2014), the “2008 Agreement.” In February 2009, they reached another agreement and decided to appoint the same person as managing director only for the first three-year term, the “2009 Agreement.” This latter agreement was implemented by the two companies through specific shareholder meeting resolutions.

The first instance court and the court of appeals ruled in favor of the former director. The shareholders appealed the latter decision to the Supreme Court, claiming mainly that (i) the 2008 Agreement was not a definitive agreement, (ii) it was binding only for the shareholders who signed it and, therefore, could not be considered a contract in favor of a third party, and (iii) it was revoked by the 2009 Agreement, which provided for the appointment of the managing director for only one term.

The Supreme Court also ruled that a contract can be considered in favor of a third party when the clear and specific will of the contractual parties to assign a subjective right to the third party is established. Specifically, Section 1411 of the Italian Civil Code states that:

Only if the above intentions are established:

Based on the above analysis, the Supreme Court reached the conclusion that the 2008 Agreement could not be considered a contract in favor of a third party, as the Majority Shareholders did not intend to assign any specific right to the new director with respect to his appointment for two three-year terms and, in any case, the 2008 Agreement was not in force anymore as it was overridden by the 2009 Agreement.

Tag: Corporate, Startup and Venture Capital
< Back to blog
Welcome to the Portolano Cavallo Startup and Venture Capital blog, focusing on key legal issues and market trends affecting startups and the venture capital industry.
...
Read more
Our enthusiastic and passionate team of professionals will provide news, insight, and multidisciplinary commentary on the hottest and most recent provisions of law and investment and market and contractual trends in the startup and venture capital sector with an eye not only to the Italian market but to the entire European and international ecosystem.