Repackaging, the spaces of parallel trade under EU regulations on QR Code, and anti-fraud seals 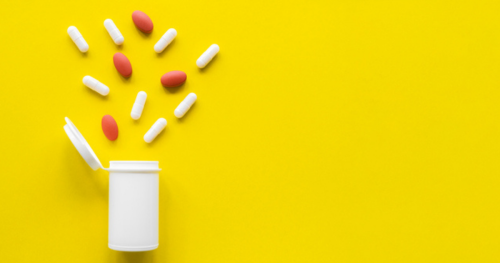 The Italian version of this article has been published on March 7, 2022 on PharmacyScanner.

EU Regulation 2016/161, which since February 2019 requires the presence of anti-fraud seals on the packaging of medicines for human use, authorizes parallel importers to repackage only in the case of failure to ensure a tamper-prevention system “equivalent” to that used in the original packaging. At the same time, trademark owners retain the right to oppose the sale of repackaged products if, for example, their new appearance damages the reputation of the trademark or that of its owner. These are the conclusions reached by the general counsel of the EU Court of Justice in three separate cases (C-147/20, C-204/20 and C-224/20) on pharmaceutical parallel trade.

The three proceedings arose from new legislative provisions adopted by the European Union to prevent pharmaceutical fraud and counterfeiting: in brief, the Regulation mentioned at the beginning of this article imposes a new QR Code–type tracking sticker (printed directly on the packaging) and adhesive seals on packaging closures to prevent pre-sale tampering. The issues raised in the three cases focus on whether these new conditions affect the rights of parallel importers and manufacturers of medicinal products, the latter as owners of the brands under which the products are marketed.

The first topic discussed by the general counsel concerns repackaging methods: parallel traders are forced to open the original packaging of the medicinal product for the purpose of replacing the package leaflet with a version in the language of the destination state, as well as affixing labels on the outer packaging that translate the patient information. The question then arises whether, in light of new rules introduced by delegated Regulation 2016/161 and Directive 2011/62, parallel traders may reseal the original packaging by affixing new seals to it, or if they must proceed to repackaging in a completely new package.

Parallel traders consider repackaging in new containers the standard and hold that the resealing of the original packaging is only possible in exceptional cases as it is difficult to perform. On the other hand, brand owners claim that the new drug safety regulations have not fundamentally changed the existing rules, i.e., both reuse of the original package and repackaging are possible in principle.

The general counsel supports an intermediate solution: generally speaking, he agrees with the point of view of the trademark owners when they state that the relevant provisions do not exclude or favor one or the other option; but he also points out that the question of “equivalence” of the new security seals to the originals, as required by the reference legislation, must not be underestimated: “locks” removed from the original packaging must be replaced with locks that are “equivalent as regards the possibility of verifying authenticity, identification and providing evidence of tampering with the medicine”. In other words, the new tamper-prevention system must have the same technical characteristics as the original one, i.e., it must be mostly of the same type.

If this is impossible, continues the general counsel, the parallel trader must use new packaging. On the other hand, the fact that traces of a partial and lawful opening of the packaging by the parallel trader remain visible upon inspection or opening by the end user does not affect the objective of the tampering prevention system, provided that it is clear that the manipulation was lawful. It therefore follows that the parallel trader must proceed with repackaging not so much to avoid traces of tampering with the original packaging, but when it is unable to ensure a tamper-prevention system equivalent to that used by the manufacturer.

Another topic discussed concerns the effects of the new regulations (Directive 2011/62 and the Regulation 2016/161) on the right of trademark holders to object to repackaging in new parallel trade packaging. According to the general counsel, the court’s case law on the right of trademark holders to oppose the marketing of repackaged goods remains fully applicable. One example of this is new presentations of the repackaged product that damage the reputation of the trademark or that of its owner. Another is when there is such strong resistance to relabeled medicinal products among some or all consumers in the destination country that effective market access is ultimately hampered. In this case, repackaging in new packaging becomes necessary to gain effective access to the import market.

In any case, according to the general counsel, the trademark holder will always be able to oppose repackaging if the essential function of the trademark, which is to indicate and guarantee the origin of the product, is adversely affected by it. Indeed, consumers, who are not necessarily aware of the existence of rules relating to parallel trade in medicines may not be able to associate products correctly with their manufacturers, or may associate the manufacturer with the parallel trader.

We now await the pronouncements of the Court on this subject, which is very complex and controversial, in the hope that these decisions may clarify some delicate aspects of the relationship between manufacturers of pharmaceutical products, owners of the brands, and parallel traders.

Tag: Packaging and Labeling
< Back to blog
Welcome to the Portolano Cavallo Life Sciences blog focusing on legal development and key legal issues affecting the life sciences and healthcare industry.
...
Read more
Our highly-ranked team of professionals will provide news, insights and multidisciplinary commentary on the hottest and most recent regulatory, transactional and contentious aspects of the pharmaceutical, bio-tech, med-tech, food supplement and healthcare world with an eye on its digital transformation and technological developments.