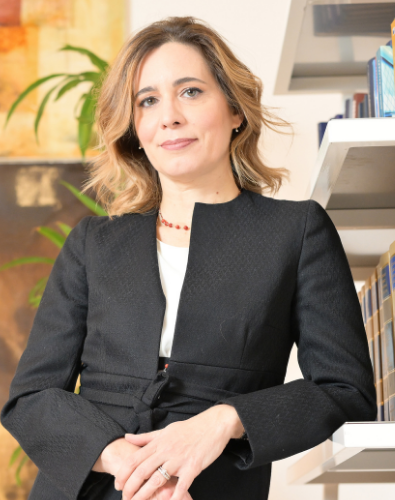 Areas
Industries
Maria joined Portolano Cavallo in 2022 as of counsel.

She focuses on patents, in particular in the Life Sciences sector, where she assists pharmaceutical and biotechnology companies.

Maria has more than 20 years’ experience in dispute resolution both in Italy and in complex transnational cases in various sectors, including the chemical-pharmaceutical and biotechnology fields, as well as telecommunications, design, fashion, and luxury goods.

She is a member of the European Patent Litigation Association (EPLIT) and of the Chiefs in Intellectual Property (ChIPs) network.

She has co-authored numerous publications, including the chapters “Examination of Claims, Revocation, Adjustments, Supplements, and Remarks,” “Execution, Transcription, Expropriation, and Military Classification,” “Advertising,” and “Compulsory and Voluntary Licenses” in the volume “Italian Industrial Law” (Scuffi-Franzosi, Cedam, 2014).

Maria is a member of the Milan Bar Association (18729) and is admitted to represent clients before the Supreme Court of Cassation.