Positive outcome for ema’s policy 0070, one year after the publication of the clinical trial results 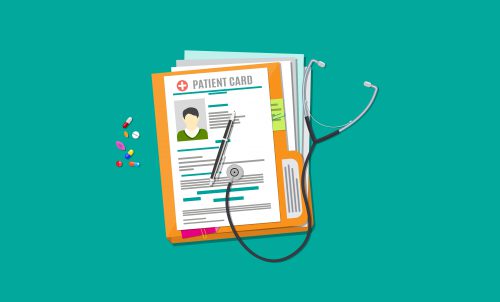 On October 18, 2017, the European Medicines Agency (EMA) published a report on the implementation of the Policy 0070 on the proactive publication of clinical trials results (Policy). The text comes a year after the publication of clinical data concerning the first two medicinal products subject to the application of the Policy: Kyprolis by Amgen Europe, and Zurampic by Grunenthal. The Policy applies to clinical data included in dossiers supporting applications for centralized marketing authorization (MA), submitted since January 1, 2015. Considering that clinical data can be published only after the decision on the authorization has been taken, the first data was published on the EMA Clinical Date website on October 20, 2016.

By adopting the Policy, EMA has become the first regulator to provide public access to clinical data submitted by companies in support of their applications for MA. A statement from the EMA says, since October 20, 2017, clinical study reports (CSR) on 50 medicines have been made publicly available on the Internet. The list includes orphan drugs, biosimilar and generic medicines, as well as pediatric medicines for a total of 3,279 clinical documents and over 1.3 million pages. Most of the data refers to the approval of new drugs, but part of it concerns already authorized medicines and medicines for which an extension of clinical use has been requested. The published data has attracted a total of 3,641 users, with 22,164 document views and 80,537 downloads.

The EMA has recently launched a survey among web users in order to receive the first assessments of the implementation of the Policy. Participants, whose results have yet to be published and have been only partially anticipated by EMA, included researchers, healthcare professionals, patients, and industry. Three-quarters of the participants agree that publication helps EMA build public confidence in its scientific and decision-making processes. Two-thirds agree that the data made available helps researchers re-examine the clinical data. Moreover, 62% of the participants say the data is useful, and 87% claim that the information is presented in a clear and understandable format. This despite the obscuring or anonymizing of some information, in line with European standards on personal data protection.

The Policy allows citizens, including researchers and academics, to directly access the clinical reports that underpin the assessment of the clinical efficacy and safety of a medicine. This improves scientific knowledge and facilitates independent data review after a drug has been approved. However, the publication of clinical data raises some particularly critical issues. These concern the protection of commercially confidential information and personal data, which should be handled with due care.

Particularly, it should be noted that the Policy provides for a complex mechanism of redaction in relation to the confidential information. This mechanism allows the companies concerned to ask EMA not to publish certain data if a proper motivation is provided to EMA. EMA has the final decision on the point, and the company making the request has just a few days to challenge EMA’s position in court. This process is very important because, in the absence of a specific request for redaction by the company concerned, EMA will presume the non-confidentiality of all the data contained in the dossier.

Moreover, the protection of the participants’ personal data is another very sensitive issue. To this regard, the implementation of the Policy will be carried out gradually. After a first phase in which only the clinical reports are published, a second phase will follow where the publication of clinical data will also include the individual patient data (Ipd). EMA shall identify the most appropriate ways and techniques to make Ipd available while respecting privacy. For this purpose, EMA has planned to launch a new public consultation with stakeholders.

EMA’s initiative changed the global debate and pushed for greater transparency in research and clinical practice as a whole. The publication of CSR is the subject of fierce debate on the other side of the Ocean. In fact, the Food and Drug Administration (FDA) currently treats CSR as confidential information, although in 2010 the FDA Transparency Task Force (established in 2009) suggested that a “policy against disclosure of this information cannot be justified”. The reason – explains the FDA – is that “there are important public health benefits associated with the dissemination of this information, including cost reduction and increased efficiency of the research”.

Confirming the relevance of the debate for the US is an article recently published in the Journal of the American Medical Association (March 2017) by two researchers at the Johns Hopkins Bloomberg School of Public Health. They urged the FDA to follow the EMA’s approach in relation to the publication of CSR, stating that the role of the FDA as the world leader in pharmaceutical regulation could be compromised, if it is unable to replicate the EMA’s efforts.

Tag: EMA, Clinical Trials
< Back to blog
Welcome to the Portolano Cavallo Life Sciences blog focusing on legal development and key legal issues affecting the life sciences and healthcare industry.
...
Read more
Our highly-ranked team of professionals will provide news, insights and multidisciplinary commentary on the hottest and most recent regulatory, transactional and contentious aspects of the pharmaceutical, bio-tech, med-tech, food supplement and healthcare world with an eye on its digital transformation and technological developments.