Pharmacies managed by corporations and incompatibility with the exercise of the medical profession: Recent positions of the administrative courts 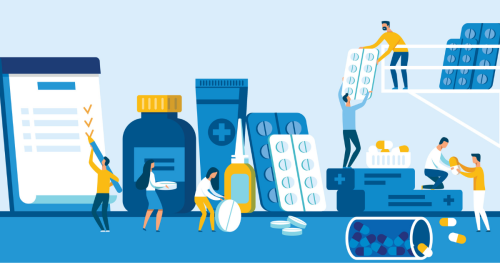 The Italian version of this article has been published on February 7, 2022 on Pharmacy Scanner.

Administrative jurisprudence recently took up the issue of incompatibility between the management of a pharmacy and the performance of other activities in the health sector, as established by Article 7 of Law No. 362/1991. The topic is a matter of heated debate, especially because the rules on incompatibility are to be applied to joint-stock companies, though the norm was conceived in a different context and has not been adapted since companies began to get involved in the management of pharmacies.

In a ruling published on December 27, 2021 (no. 8634/2021), the Italian administrative court of last instance (“Consiglio di Stato”) was called upon to assess the appeal of decision no. 106/2021 handed down by the administrative court of first instance (the “TAR”) of the Marche region regarding applicability of art. 7 of Law no. 362/1991 to the unique case of a company entirely owned by another company that manages nursing homes.

We should pause to note that the Consiglio di Stato has not yet issued a final decision in the dispute. Instead, due to the sensitivity of the issue and the existence of multiple possible interpretations leading in opposite directions, it has referred the matter to the Plenary Assembly of the Consiglio di Stato.

The matter concerns the transfer of a municipal pharmacy in the Municipality of Ascoli Piceno to a joint-stock company (the “Subsidiary”), a transfer that the TAR of the Marche Region annulled because it argued that the Subsidiary was in a situation of incompatibility pursuant to Article 7, par. 2, of Law No. 362/1991, given that it is entirely owned  by another joint-stock company (the “Parent Company”), and the Parent Company manages nursing homes and care facilities.

According to the TAR, the incompatibility derives from the fact that the Parent Company, in addition to being a partner in the Subsidiary, has a medical partner who sits on its board of directors and is also a doctor. Moreover, the two companies share the same registered office and also have in common a director invested with the dual role of chair of the board of directors of the Parent Company and sole director of the Subsidiary. Therefore, in conducting management the Parent Company might enter into a potential conflict of interest, as the two operate in professional fields (pharmaceutical and medical/health activities) that are not compatible with each other.

According to the Consiglio di Stato ruling, which the losing parties appealed, there are two prerequisites for incompatibility to be applied to a pharmacy owned by a company in which other companies hold an interest: the Parent Company needs to be: a) involved in the “management” of the pharmacy and b) exercising the “medical profession.”

Indeed, the Consiglio di Stato stressed that Law No. 124/2017, which introduced the possibility for companies to become pharmacy owners, did not clarify the definitions in this new scenario of (i) “pharmacy management” and (ii) “exercise of the medical profession.”

The Consiglio di Stato cited a decision of the Constitutional Court (which ruled on Article 8, par. 1, letter c, of Law No. 362/1991, which provides for the incompatibility of the management of a pharmacy “with any public or private employment relationship”) based on which incompatibility arises only when the partner is actively involved in the management of the pharmacy. It is, therefore, necessary to define active pharmacy management.

The Consiglio di Stato does not consider the first solution viable, as this methodology would be too discretionary, and conditioning may (or may not) exist depending on the case and may change over time.

The second solution, the criterion adopted by the TAR, is based on an extensive interpretation of the rule, aimed at expanding the number of situations of incompatibility and thereby creating pushback against pro-competition forces.

The third solution offers a restricted interpretation that would make it easier to circumvent the incompatibility condition based on formal elements, such as, in this case, the administrative bodies of the Parent Company and the Subsidiary not being identical to each other.

The Consiglio di Stato identifies two possible interpretations of this concept in this case, leading to opposite conclusions.

According to the other interpretation, Law No. 361/1992 must be updated to deal with the new scenario in which companies own pharmacies and, therefore, the concept of incompatibility must be extended to guarantee independence and autonomy when dispensing medicines, shielding this activity from undue interference. Therefore, the Parent Company should be considered to be exercising the medical profession.

In light of the above, and given the uncertainties of interpretation surrounding both assumptions and the heightened importance of the disputed points of law in this area, the Consiglio di Stato has deemed it necessary to refer the appeal to the Plenary Assembly for further study, so that it may then provide an unequivocal interpretation of the issues raised. That shall then form a basis for determining whether or not a situation of incompatibility exists.

Tag: Pharmacies
< Back to blog
Welcome to the Portolano Cavallo Life Sciences blog focusing on legal development and key legal issues affecting the life sciences and healthcare industry.
...
Read more
Our highly-ranked team of professionals will provide news, insights and multidisciplinary commentary on the hottest and most recent regulatory, transactional and contentious aspects of the pharmaceutical, bio-tech, med-tech, food supplement and healthcare world with an eye on its digital transformation and technological developments.