Pharmaceutical trademarks: the proof of genuine use and proper reason for non-use 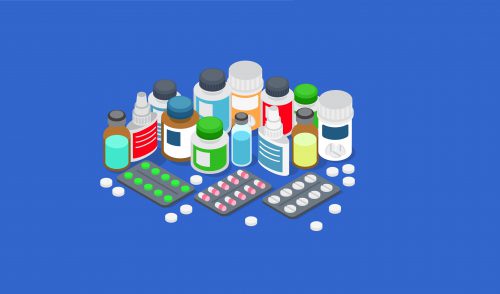 In its decision issued on 3 July 2019 in Viridis, Case C-668/17 (the “Decision”), the Court of Justice of the European Union (“CJEU”) ruled that the lengthy time necessary to complete a clinical drug trial is not a proper reason to prevent the prematurely registered trademark from being revoked for non-use. The Decision provides the opportunity to look at the concepts of “genuine use” and “proper reason”.

Facts of the case and decision of the CJEU

The Decision was issued at the end of the appeal proceedings brought by a pharmaceutical company, Viridis Pharmaceutical Ltd (“Viridis”), against the judgment of the General Court (Case T-276/16) that confirmed the decision issued by the European Union Intellectual Property Office (the “EUIPO”) to revoke Viridis’ pharmaceutical word trademark “Boswelan” (the “Trademark”) for non-use.

The registration of the Trademark was filed in 2003 to identify goods in Class No. 5 of the Nice Classification (“pharmaceutical, medical and sanitary preparations”). On 18 November 2013, Viridis’ competitor Hecht-Pharma applied to the EUIPO to have the Trademark revoked, claiming that Viridis had not put it to genuine use in the EU for a continuous period of five years, within the meaning of Article 51 of the then applicable Council Regulation (EC) No. 207/2009 (now Article 58 of Regulation (EU) No. 2017/1001) (the “Regulation”), in respect of the goods for which it was registered. Indeed, under to Article 51(1)(a) (now 58) of the Regulation, “the rights of the proprietor of the Community trademark shall be declared to be revoked on application to the Office or on the basis of a counterclaim in infringement proceedings (a) if, within a continuous period of five years, the trade mark has not been put to genuine use in the Community in connection with the goods or services in respect of which it is registered, and there are no proper reasons for non-use …”.

Both the EUIPO and the General Court found that Viridis had neither put the Trademark to genuine use for a continuous period of five years, nor had it provided evidence of a proper reason to justify its non-use.

Viridis appealed the General Court’s judgment before the CJUE claiming that it had wrongfully held that: (i) Viridis had not put the Trademark to genuine use; and (ii) a clinical trial is not a proper reason to justify the non-use of the Trademark.

As to the first grounds of the appeal, the CJUE cited previous case-law by which “genuine use” of the trademark entails the use of the trademark for goods or services already marketed or about to be marketed, and for which preparations by the undertaking to secure customers are under way (see the decision in Case C-40/01 “Ansul”). Such preparations must result in an external use of the trademark, particularly in the form of advertising campaigns. In this case, Viridis did not provide evidence that the drug’s clinical trial was about to end and that the drug was about to be marketed.

With regard to the second grounds of the appeal, Viridis alleged that the delay in marketing the drug was due to difficulties that arose during the drug’s clinical trial. On this point the CJUE, in line with the principle provided in similar cases (see the decision in Case C-246/05 “Häupl”), pointed out that “only obstacles having a sufficiently direct relationship with a trademark making its use impossible or unreasonable, and which arise independently of the will of the proprietor of that mark, may be described as “proper reasons for non-use” of that mark. It must be assessed on a case-by-case basis whether a change in the strategy of the undertaking to circumvent the obstacle under consideration would make the use of that mark unreasonable”. In the case at issue, the General Court established that the delay in marketing the drug was due to several reasons. Firstly, Viridis had applied for the Trademark’s registration too early, when there was no certainty about the date or even the possibility of marketing the drug, given that the clinical trial was still ongoing. Secondly, the application for the clinical trial was filed three years later than that for the registration of the Trademark and, given the specificity of the business sector, the investments made by Viridis in the drug’s clinical trial were not sufficient.

Hence, the CJUE agreed with the General Court’s decision, according to which all these obstacles cannot be considered as independent of the will of Viridis and, therefore, as a proper reason for the non-use of the Trademark.

What is suitable proof of genuine use and a proper reason for non-use?

The Decision gives some important guidance to the pharmaceutical companies on proof of the proper reasons for non-use of a pharmaceutical trademark, stating that – in principle – the delay in a drug’s clinical trial might be considered to be a proper reason for non-use, provided that it does not depend on the trademark proprietor’s will. Thus, the Decision emphasizes the importance of filing the application for pharmaceutical trademarks at a time that is not too distant from when the drug will be placed on the market.

This is not the first time that case-law had ruled that difficulties inherent to a business cannot be considered as circumstances unrelated to h the trademark owner which prevent the use of the trademark: the same principle has been stated, for example, by the former Office for Harmonization in the Internal Market (the “OHIM”, now EUIPO) in the “Lifebeam” case (decision No. 3229 C of 13 October 2010), which ruled that the non-use of a pharmaceutical trademark cannot be justified by the unsuccessful creation of a proton therapy center, by financial problems, and by competition with another project, which were circumstances associated with the commercial difficulties that the project was experiencing.

With regard to the proof of genuine use in the context of revocation or invalidity proceedings, from a procedural standpoint, the evidence that can be used are regulated by Article 10(3)(4) of EU Commission Delegated Regulation (EU) No. 2018/625, according to which “the indications and evidence of use shall establish the place, time, extent and nature of use of the opposing trademark for the goods or services in respect of which it is registered […]” and “… shall be limited to the submission of supporting documents and items such as packages, labels, price lists, catalogues, invoices, photographs, newspaper advertisements, and statements in writing …”.

In some occasions, case-law had the opportunity to clarify the scope of this provision.

In the “Lifebeam” case, in order to demonstrate the genuine use of a pharmaceutical trademark, the proprietor submitted a number of letters, e-mails, printouts of websites, etc. showing that the contested trademark had only been used as part of a company name rather than to identify goods or services. However, according to the OHIM, when assessing the genuine use of a trademark that constitutes its proprietor’s company name, there is use “in relation to goods” only when the proprietor affixes the sign to goods that it markets or “in such a way that a link is established between the sign which constitutes the company name of the third party and the goods marketed or services provided by the third party”.

Moreover, with regard to the advertisements submitted by the proprietor as proof of use in proceedings concerning the revocation of a pharmaceutical trademark, the OHIM clarified that, in principle, they are sufficient to demonstrate the proprietor’s intention to maintain or create market shares; however, “according to consistent case-law, they must, in practice, be substantiated by evidence of effective market presence. It is not sufficient for the proprietor to show, by publishing catalogues or advertisements, an intention to use his trademark effectively if it is not objectively present on the market in an effective manner which is constant over time and stable in the shape of the sign” (decision No. 3354 C of 4 April 2011, “VIS.01”).

Tag: Intellectual Property, Pharma, European Court of Justice, Clinical Trials, Regulatory
< Back to blog
Welcome to the Portolano Cavallo Life Sciences blog focusing on legal development and key legal issues affecting the life sciences and healthcare industry.
...
Read more
Our highly-ranked team of professionals will provide news, insights and multidisciplinary commentary on the hottest and most recent regulatory, transactional and contentious aspects of the pharmaceutical, bio-tech, med-tech, food supplement and healthcare world with an eye on its digital transformation and technological developments.