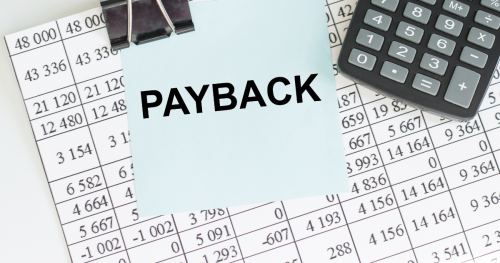 Thanks to Denise Moretti for collaborating on this article

On September 22, Law No. 142/2022 converting Decree-Law No. 115 of August 9, 2022 (the “Aiuti-bis Decree”) was published. The text includes provisions aimed at implementing what is known as the “payback mechanism” for medical devices, which was introduced in 2015 and has not been applied as of yet. The Aiuti-bis Decree provides for the procedure and timelines for ascertaining overage of the set spending ceiling for medical devices and the payment by companies of their respective shares.

Spending ceilings for the purchase of medical devices by the National Health Service are not new and date back to Decree Law No. 98/2011 (conv. Law No. 111/2011), in which Article 17 prescribed setting maximum percentages at the national and regional levels—promptly established by subsequent interministerial decrees—for the purpose of containing health care spending. Responsibility for any breach of the spending ceilings was initially placed fully on the regions.

However, later Decree Law No. 78/2015 provided that a percentage of the overrun of spending ceilings[1] was to be paid by the companies, which would participate in repayment of “excess” spending together with the regions, as was already the case for medicines. This marked the introduction of the company payback mechanism for medical devices. However, as mentioned above, the mechanism remained substantially unimplemented, as the decrees that would have had to certify and quantify any overage of the expenditure ceiling annually and then apportion it among the individual companies were lacking.

That was the case until last September 15 of this year, when under implementation of the new Article 9-ter of Decree-Law No. 78/2015—introduced by the Aiuti-bis Decree—the Decree of July 6, 2022 of the Ministry of Health in conjunction with the Ministry of Economy and Finance (“D.M.”) was published. The D.M. certified excesses over the aforementioned spending limits for the years 2015, 2016, 2017, and 2018 with an amount to be paid by the companies that was in excess of 2 billion euros.

The new measures are likely to take a heavy toll on companies in the sector, which will have to pay back large sums in a short period of time and in a macroeconomic environment that is not particularly favorable and that also in the next few months promises to be at best uncertain.

Therefore, for the years 2015, 2016, 2017, and 2018 the D.M. certified and quantified overage of the expenditure ceiling for medical devices at the national and regional levels—an expenditure ceiling to date set at 4.4% of the Ordinary Health Fund. Specifically, according to the calculations summarized in the tables attached to the decree, the total amount of the spending overrun to be borne by medical device companies is 416 million euros for 2015, 473 million for 2016, 552 million for 2017, and 643 million for 2018, for a total of more than 2 billion euros.

As the next step toward identifying individual companies responsible for repayment and the amounts owed by each of them for each year, the regions and autonomous provinces are required to adopt a specific measure within 90 days of publication of the Ministerial Decree, meaning by mid-December 2022. Each company will contribute to repayment in an amount equal to its turnover as a percentage of the total expenditure for the purchase of medical devices paid by the Regional Health Service. To facilitate the operation, a decree of the Ministry of Health will adopt preparatory guidelines for the issuance of regional and provincial measures to establish repayment.

Finally, within 30 days of publication of the aforementioned measures, the supplier companies will be required to make payments due by way of cost recovery, directly in favor of the regions and provinces. In the event of non-payment, it is expressly provided that the debts of individual regions and autonomous provinces for purchases of medical devices—including through entities of the Regional Health Services—to the defaulting supplier companies shall be offset up to the full amount of the sums in default. To this end, the regions and autonomous provinces will have to submit an annual report to the Ministry of Health attesting to the necessary recovery made under this compensation mechanism (Article 9-ter, par. 9-bis, Decree Law No. 78/2015).

The scenarios that lie ahead

In past years, there were numerous appeals before the Regional Administrative Courts by companies seeking to overturn medicine expenditure repayment measures, and it is reasonable to expect that the same will be true of medical device expenditure repayment measures. Moreover, the current macroeconomic environment in which these payback requests are occurring is not a flourishing one and promises to remain the same in the months to come, which certainly may incentivize companies to file appeals and to refrain from making payments on time.

Indeed, initial reactions from stakeholders, such as the Italian Federation of Hospital Providers and Confindustria Medical Devices, are very critical and highlight one of the major critical issues of the current payback system for medical devices and for medicines as well, namely the inherent uncertainty of measures that effectively force companies to set aside reserves in anticipation of repayment obligations that can only be determined at the end of the year and that sometimes—as in the case of medical devices—are only determined years later.

Tag: Medical Devices
< Back to blog
Welcome to the Portolano Cavallo Life Sciences blog focusing on legal development and key legal issues affecting the life sciences and healthcare industry.
...
Read more
Our highly-ranked team of professionals will provide news, insights and multidisciplinary commentary on the hottest and most recent regulatory, transactional and contentious aspects of the pharmaceutical, bio-tech, med-tech, food supplement and healthcare world with an eye on its digital transformation and technological developments.