News on the reorganization of Ethics Committees: Latest updates 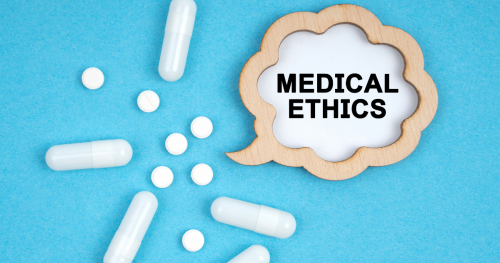 The Italian version of this article has been published on April 13, 2022 on AboutPharma.com, within our bi-monthly column on the new Clinical Trials Regulation EU 536/2014.

The new infrastructure for national ethics committees is taking shape thanks to decrees coming out very quickly. In the past few months great strides have been made to establish the national ethics committees envisaged by Law No. 3 of 2018 (the “Lorenzin Law”), which were supposed to be identified by the Ministry of Health within sixty days of the Lorenzin Law taking effect. Despite the extensive delay, national committees are now almost fully operational. There is still a long way to go for the reorganization of the territorial ethics committees. Their establishment is crucial to the functioning of the entire authorization procedure required by European Regulation No. 536 of 2014.

On March 17, the Ministry of Health Decree of February 1, 2022 was published in the Gazzetta Ufficiale. It identifies ethics committees of national significance based on the provisions of the Lorenzin Law.

The decree stipulates that these ethics committees will perform the same functions as territorial ethics committees. Moreover, the independence of each committee and the absence of hierarchical relationships with other committees should be ensured.

The members of national ethics committees were appointed by the ministerial decrees dated March 2, 2022. Members shall serve for three years, and they shall be reappointed.

The appointment decrees also specified that members of NECs should make annual self-certifying declarations regarding the absence of personal and financial conflicts of interest that would affect the autonomy and independence of committees in performing their duties.

As of March 23, all national ethics committees are settled and therefore are operational.

The ethics committee on advanced therapies and the definition of ATMPs

The decree of March 2, 2022, appointing the members of the ethics committee on therapies, provides that this committee shall evaluate clinical trials, as well as any nonrepetitive uses that rely on the use of innovative ATMP drugs, under their standard definition and in regard to their re-evaluation by EMA committees, to address the need to adapt technologies available to date.

The committee is also responsible for any situation associated with the use of:

Similarly, tissue-engineered medicinal products are defined by reproducing verbatim the relevant definition in Regulation No. 1394 of 2007 on advanced therapy medicinal products (Sec. 2, para. 1, let. b). Due to an error, the definition of “engineered” tissues found in the decree is not complete (as only one of two possible uses/manipulations of tissues is mentioned under the definition). Finally, advanced combination therapy medicinal products are also defined by reproducing Sec. 2, para. 1, letter d of Regulation No. 1394 of 2007, so there is nothing new on this point.

While the government has significantly accelerated the process related to NECs, the reorganization of territorial ethics committees is proceeding much more slowly and laboriously. After the draft of the reorganization decree was sent by the government to the State-Regions Committee on January 31, 2022, the regions submitted their comments, which were very different from the initial draft.

In a general sense, it is difficult to take a position when regulatory context is still lacking due to the failure to issue decrees in order to establish national ethics committees (and this has now been remedied), as well as to amend the current legislation on territorial ethics committees (Ministerial Decree of February 8, 2013 and April 27, 2015), as provided in the Lorenzin Law.

Sec. 2 of the Lorenzin Law, in addition to covering the issuance of a ministerial decree to identify the 40 territorial ethics committees (Para. 7), provided that corrective and supplementary amendments would be made to the previously mentioned ministerial decrees governing the functioning of ethics committees in order to bring the current regulations in line with the new provisions.

Specific to the regions

In implementing Sec. 2, para. 7, the new draft decree does not change the previous legislation. Rather, it mentions the future issuance of the implementing decrees for Para. 11. Therefore, this is still a missing piece. Regions point out that they need to wait for the decree to be issued in order to know the criteria to be applied in appointing members of the new committees. Until such time, it will not be possible to proceed.

In addition, the regions challenge:

There are several other points of contention related to the tasks entrusted to the ethics committees in the field of assisted suicide. Those will not be discussed here, but they could cause further delays in finalizing the content of this decree. There is certainly still a long way to go to arrive at a mutually agreed upon text on the reorganization of territorial ethics committees.

Tag: Ministry of Health, Clinical Trials, Medicinal product
< Back to blog
Welcome to the Portolano Cavallo Life Sciences blog focusing on legal development and key legal issues affecting the life sciences and healthcare industry.
...
Read more
Our highly-ranked team of professionals will provide news, insights and multidisciplinary commentary on the hottest and most recent regulatory, transactional and contentious aspects of the pharmaceutical, bio-tech, med-tech, food supplement and healthcare world with an eye on its digital transformation and technological developments.