Foreign investment control in the life science sector: the scope of the Italian Government’s powers also in the context of the current COVID-19 pandemic 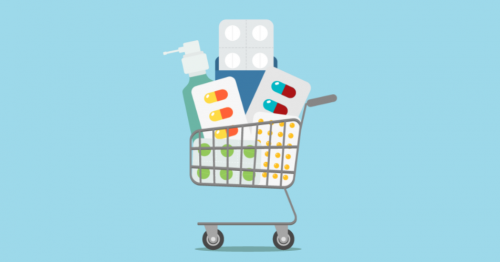 This article has been also published on the EACCNY website on November 13, 2020.

Some recent cases in the news, as well as steps taken to increase the regulatory powers of the government in the current emergency situation via the Decreto Liquidità[1], have prompted us to draft this overview of measures that provide the government with special powers that it may exercise to prohibit or impose conditions upon extraordinary corporate transactions of foreign parties involving Italian target companies (known as the Golden Power) operating, among others, in the life sciences sector.

1. Effect of the Golden Power on life sciences

Measures providing these special powers were introduced for the first time in 2012,[2] and as a result the government was permitted to exercise these powers over all companies that perform strategic business, regardless of state interests in such businesses.

The life sciences sector was drawn into the regulations regarding these special powers in 2019, when the legislature acted provisionally (until such time as the relative implementing decrees are adopted, which has not occurred as of yet) to make acquisitions of controlling stakes by non-EU parties of companies that, among other things, own “critical infrastructure, whether physical or virtual, including […] health” and “critical technologies and dual-use items, including artificial intelligence, robotics, semiconductors, cybersecurity, aerospace, defense, energy storage, quantum and nuclear technologies, as well as nanotechnologies and biotechnologies”[3] (as identified in Italian law via citation of Art. 4, letters a) and b) of EU Regulation 2019/452) subject to reporting obligations for the purpose of exercise of these special powers.

As of now, the above temporary regulation is still applicable, as the implementing decrees have not yet been adopted and at this time there is no concrete evidence that they are forthcoming in the near future.

1.2. The Decreto Liquidità: Expanding the scope of application

Recently, with the Decreto Liquidità and later amendments, the scope of application of the Italian foreign control regulation has significantly expanded.

With regard to the Life Sciences industry, the main amendments are the following:

(a) the area subject to the provisional measures has been expanded to include, among others, Italian companies working in the field of manufacturing, import, and wholesale distribution of medical, medical-surgical, and individual protection devices[4] (though the measure is written in general terms, we believe that the reporting obligation and the resulting power on the part of the government is applicable only to acquisitions of interests by non-EU parties[5]).
(b) additionally,[6] a measure has been introduced that is geared specifically to “combatting the COVID-19 health emergency” (which, unless extended, shall remain in effect until December 31, 2020), pursuant to which, among other things, the following acts/transactions involving Italian companies that own critical infrastructure in health or critical technologies and dual-use items, including biotechnologies, are now subject to the reporting obligation:

Simply reviewing the scope of application of the Golden Power and the types of transactions that will have to be reported makes clear that the regulatory picture is complex and difficult to interpret and raises many questions; additionally, there are other issues deriving from regulatory aspects that we haven’t covered in this memo (e.g., applicable sanctions, reporting timelines and methods, the potential for the government to exercise special powers at its own discretion, and so on).

Firstly, simply referencing the sectors indicated in a general way in Art. 4 of EU 2019/452 without any more detailed domestic legislation leads to uncertainty regarding the scope of application of those special powers, given how general the description of those sectors in the above EU Regulation is. For example, what constitutes critical infrastructure in the health sector? Can a chain of pharmacies a private clinic, or a public hospital be considered critical infrastructure? What about a company that has a facility in Italy where it manufactures certain types of drugs?

Making this even more difficult to interpret is the absence of any value thresholds for the transactions or the companies involved that then would bring into play the reporting obligation and application of these measures. Absent those, in theory an acquisition or investment involving a startup that owns a biobank or has developed relevant technological infrastructure could fall under this measure, and acquisition of a listed pharmaceutical company or one of Italy’s major research centers could as well.

Furthermore, one of the most critical aspects of the current regulatory picture is the extension until December 31, 2020 (with the right reserved to extend it further, which seems possible given the current situation) of reporting obligations for parties that are part of the EU, as such restrictions could be found to be in conflict with the four fundamental freedoms of the EU (especially the free movement of capital and freedom of establishment).

In the absence of implementing decrees, guidelines, or relevant precedent—not to mention the current political, economic, and regulatory uncertainty due to the pandemic—it’s difficult to draw a clear line of demarcation in most cases between what falls under the scope of application of this measure and what does not.

Indeed, in recent months the government has exercised its special powers with regard to only one transaction in the life sciences sector, and that was in the context of a voluntary tender offer launched by AGC (a large Japanese company involved in various applied technologies fields) for all shares of MolMed S.p.A., an Italian biotechnology company focused on research, development, and clinical testing of innovative therapies for the cure of cancer, listed on the MTA (Italian equities market) since 2008.[8]

Still, that was a transaction involving a large listed biotech company and a non-EU acquiring company and therefore doesn’t serve as a particularly good example of the effective expansion of the measure in question.

[8] During the course of this offering, the prime minister’s office used the Golden Power to require the following specific actions of AGC and MolMed: (i) report to the Ministry of Economic Development any exchange of intellectual property between MolMed and companies in the AGC Group, especially those regarding treatment of acute myeloid leukemia and multiple myeloma; (ii) keep research and development business, including research laboratories and annexed manufacturing facilities, in Italy; (iii) maintain unchanged employment levels of staff performing activities essential to research and development; (iv) ensure that current work with Italian and European institutions continues.

Tag: COVID-19, Investments
< Back to blog
Welcome to the Portolano Cavallo Life Sciences blog focusing on legal development and key legal issues affecting the life sciences and healthcare industry.
...
Read more
Our highly-ranked team of professionals will provide news, insights and multidisciplinary commentary on the hottest and most recent regulatory, transactional and contentious aspects of the pharmaceutical, bio-tech, med-tech, food supplement and healthcare world with an eye on its digital transformation and technological developments.