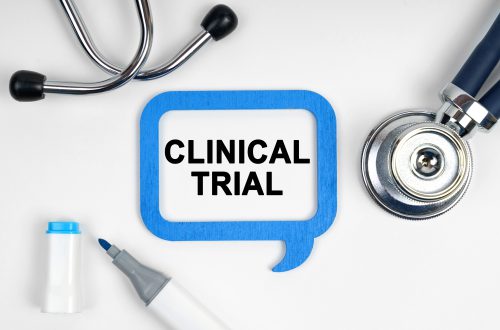 This article has been also published on the EACCNY website on February 10, 2021.

On January 31, 2022, EU Regulation 536/2014 on clinical trials of medicinal products for human use (“Clinical Trials Regulation” or “CTR”) finally went into effect more than seven years after its approval, but Italy is not yet ready for its application.

This process has taken a long time (much longer than expected) due to the need to develop a complex IT architecture, i.e., a European portal for the management of clinical trials—the Clinical Trial Information System (CTIS)—to be used for all trial-related activity, from submission of an application for authorization through publication of trial results.

The CTR was designed to increase the competitiveness of research in Europe, where bureaucratic and administrative complexities related to the different procedures that must be implemented in each Member State to authorize a clinical trial often hamper competitiveness. Different Member State procedures with different timing and methods have created numerous difficulties for companies involved in multi-jurisdictional projects, and they often end up penalizing Europe as a whole and in particular the EU countries where authorization procedures are particularly slow and complex (a category in which Italy is often included).

The CTR therefore has the ambitious goal of bringing uniformity to the European Union. That is why it is being implemented via a regulation, which is directly applicable as approved in all Member States, instead of a directive, as was previously the case—a directive must be implemented by each Member State through its own law, creating an opportunity to introduce differences between countries.

A further (and even more ambitious) goal is to simplify and speed up these procedures. For this purpose, for example, a sponsor of a clinical trial will submit a single request for authorization to the portal, indicating the Member States where the trial will take place. A response (authorization or denial) will be provided for each. In addition, shorter authorization times (60 days) are expected. Should there be no decision within that timeframe, the trial may proceed (under “tacit authorization”).

Finally, the CTR also aims to achieve greater transparency throughout the process, from authorization to publication of results. In fact, the CTIS will be accessible to the public, with exceptions for information that requires confidentiality (e.g., personal data, confidential business information, and the like).

Since the situation is still somewhat muddled at an operational level, operators will go through an introductory phase when there likely will be doubts and questions. With an eye to supporting operators during that time, the European Commission issued a Q&A document that was updated on February 1, 2022.

Certainly, operators will be helped by the fact that application of the CTR is not immediately compulsory. Instead, there will be a transition period of one year when applications for authorization of new trials can be submitted either through the CTIS or following the old procedure, at the discretion of the operator.

Within three years (January 31, 2025), however, ongoing trials will be transferred to the new system.

What is the situation in Italy?

Italy is still lagging in adapting its national system. Four years after the issuance of the Lorenzin Law No. 3/2018, which provided the adoption of a series of ministerial decrees designed in part to prepare the national system for application of the regulation, those decrees have yet to be issued. Therefore, there are many unresolved issues.

The main issue concerns the organization of ethics committees capable of dealing with requests for evaluation of trials on the very tight deadlines provided by the CTR.

In late January, the Conference of Representatives of Government and Regions received the first draft of an implementing decree establishing ethics committees to be involved in assessment of clinical trials under the CTR, and the draft is currently under review.

In addition, AIFA recently published a note that provides operators guidance on managing this temporary phase, before finalization of the implementing decrees.

AIFA’s note on management of the temporary phase

On January 31, 2022, AIFA endorsed a proposal for the temporary management of trials started according to the CTR, pending the publication and full implementation of the ministerial decrees on the reorganization of ethics committees and single fee (“Note”).

The main aspects of the Note are as follows:

As mentioned above, a draft decree on the involvement of ethics committees in clinical trial evaluation is currently under review by the Conference of Representatives of Government and Regions.

According to the draft decree, the ethics committee assigned to evaluate Part II of a clinical trial dossier must be selected from the 40 committees included on the list attached to the decree (that list is currently empty).

Following publication of this decree in the Italian Official Gazette, the Regions will be required to appoint the members of the 40 ethics committees. The deadline for the Regions to appoint members is not provided in the draft decree, but it will be included in the final version. Once the deadline for appointment of members of the committees has passed, the decree will be applicable.

Tag: Clinical Trials, Regulation , Regulatory
< Back to blog
Welcome to the Portolano Cavallo Life Sciences blog focusing on legal development and key legal issues affecting the life sciences and healthcare industry.
...
Read more
Our highly-ranked team of professionals will provide news, insights and multidisciplinary commentary on the hottest and most recent regulatory, transactional and contentious aspects of the pharmaceutical, bio-tech, med-tech, food supplement and healthcare world with an eye on its digital transformation and technological developments.