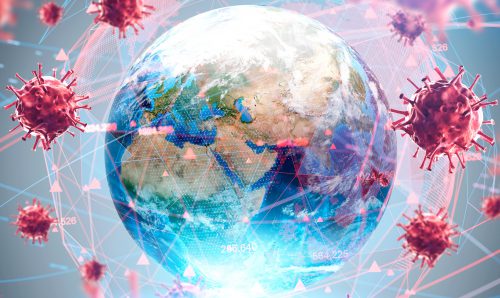 Law Decree No. 77 of 31 May 2021 (which was converted into law No. 108 of 29 July 2021) introduced into the Italian Industrial Property Code (“IP Code”) Article 70-bis on compulsory licenses for medicinal products and medical devices in case of declaration of a state of emergency

The new Article 70-bis of the IP Code provides that should a national emergency for health reasons involving scarce supply of specific medicinal products or medical devices deemed essential be declared, a compulsory license related to the patent covering the required products may be granted on a non-exclusive and non-transferable basis for the primary purpose of supplying the Italian market. Such a license shall be issued via a decree of the Minister of Health, in agreement with the Minister of Economic Development, for a duration equal to the emergency period and up to 12 months after the end of the state of emergency. According to the new rules, to be eligible for this system, the applicant must prove that it first tried to obtain a license under fair and reasonable conditions from the patent owner.

The decree shall also take into account the economic value of the authorization and establish appropriate remuneration for the holder of intellectual property rights.

The need for a compulsory license system became clear during the pandemic emergency, which generated increased demand not only for medical devices but also for vaccines once they were placed on the EU market.

At the international level, a compulsory licensing system is already enshrined in the Agreement on Trade-related Aspects of Intellectual Property Rights (“TRIPS Agreement”).

Indeed, Articles 30, 31, and 31-bis of the TRIPS Agreement already contain specific forms of limitation on patent protection. Specifically, Article 31 authorizes Member States, under certain conditions, to make “other use” of the subject of a patent without the consent of the patent owner. Even though compulsory licenses are not explicitly mentioned in the agreement, the interpretation of said provision includes such licenses under the expression “other use (…) without (the) authorization” in Article 31. In line with the provisions of Article 70-bis IP Code, compulsory licenses are also subject to several limitations and procedural guarantees provided by Article 31 of the TRIPS Agreement. These include a limitation on exploitation for the same purpose granted via authorization and proof of failure to obtain a fair voluntary license—though, according to letter b) of Article 31, the requirement to prove said failure can be waived in the case of a national emergency. Compulsory licenses in the pharmaceutical field have always been one of the most controversial points of Article 31. Indeed, letter (f) states that compulsory licenses may be issued “predominantly for the supply of the domestic market of the Member authorizing such use,” thereby preventing another country from importing medicines produced under a compulsory license from another State. After the Doha Declaration, a new Article 31-bis was added to the TRIPS Agreement. This article allows the exporting State to waive the obligation in Article 31 letter (f) regarding a compulsory license covering a pharmaceutical product under certain circumstances.

In accordance with Article 31-bis, the European Union has introduced Regulation (EC) No. 816/2006 on compulsory licenses for patents and complementary protection certificates covering medical products meant to be exported to countries that need them to address public health issues.

This regulation resolved a potential regulatory conflict for States that introduced the limitation in Article 31 letter (f) of the TRIPS Agreement into their national legislation, without then adapting it to the provisions of Article 31-bis. Indeed, via direct effect, that regulation prevails among EU Member States.

Tag: Medicinal product, Medical Devices, Regulation
< Back to blog
Welcome to the Portolano Cavallo Life Sciences blog focusing on legal development and key legal issues affecting the life sciences and healthcare industry.
...
Read more
Our highly-ranked team of professionals will provide news, insights and multidisciplinary commentary on the hottest and most recent regulatory, transactional and contentious aspects of the pharmaceutical, bio-tech, med-tech, food supplement and healthcare world with an eye on its digital transformation and technological developments.