Quotaholder-employees: Watch out for the pitfalls of incentive plans 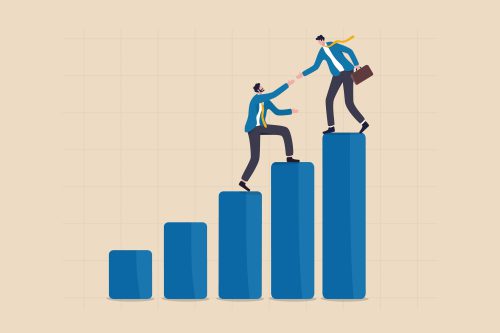 The specialized enterprise section of the Court of Appeals of Turin[1] dealt with an interesting case regarding the validity of a “redemption clause” included in a company’s bylaws that provided the obligation for the quotaholder-employee to sell their shares in the event of termination of the employment relationship “whatever the reason.”

The clause in the bylaws of said company (hereinafter, “Company X”) reads as follows: “Minority shareholders who work for Company X or for companies controlled by/associated with the latter are obliged to offer to purchase their shareholding at a value equivalent to the corresponding equity if their work activity ceases for any reason. This same provision does not apply to the majority quotaholder.”

This statutory provision is linked to the case of an incentive plan that provided for employees to receive as remuneration quotas (or shares) of a company—or the right to purchase them and the like—based on their period of employment with the company. This is an employee incentive pegged to the achievement of certain goals according to a “pay-for-performance” formula.

As a consequence, once the four appellant employees terminated their employment, they also lost their shareholding status in Company X. In light of this, they challenged the provision of the bylaw before the Court of Turin, contesting certain aspects as invalid.

The Court of Appeals of Turin upheld the lower court ruling, rejecting the employees’ claims and, therefore, finding such clauses valid.

First, Company X’s clause is framed as a “corporate exit clause” for a quotaholder who is also an employee, with termination of employment the triggering event. In this case, that took the form of a passive exit, meaning that the quotaholder was forced out of the corporate structure.

This type of clause is generally included in stock option plans aimed at regulating the content of individual relations, particularly those connected to termination of the quotaholder-employee’s employment, which must exist for the purpose of the plan to remain valid.

These clauses regulate (i) the fate of quotaholder-employee option rights depending on when relationships are terminated; and (ii) the effects of termination of employment depending on the cause of such termination. We may further differentiate between “good leavers,” i.e., cases where the termination is unfair dismissal by the company or an employee resigns for just cause, and “bad leavers,” i.e., justified dismissal or voluntary resignation.

Having said that, these clauses generally can be distinguished based on (i) their contractual or statutory nature; and (ii) their active or passive character, whether or not the quotaholder-employee chooses to exit.

However, Company X’s clause seems anomalous, in that it does not provide any active exit mechanism for the good leaver—just a form of passive exit, “whatever the reason or cause” of termination of employment. Rather than categorizing it as a “good leaver” or “bad leaver” clause, we might refer to it as a “whatever leaver” clause.

The lack of just cause

Among other aspects, claimants focused on the lack of just cause for the exit of quotaholder-employees.

The judges argued that just cause for dismissal from the company lay in the termination of employment itself, which had nothing to do with the real reasons behind the dismissal. Indeed, according to the court, although the company in question was a joint-stock company, it is the work of the individuals as employees that represents the reasons underlying the quotaholding, which was provided to seek to retain and motivate key employees.

However, any clause in the bylaws providing for the exclusion of a quotaholder should clearly and precisely state the reasons for such exclusion. Why would just cause for exclusion not have anything to do with the grounds for dismissal? A good faith interpretation of the clause should probably have led the courts to find it valid in “bad leaver” cases and void in other cases.

Incentive plans can hide many pitfalls and court orientation on the subject may be changing. That is why it is important to verify the legality of these types of clauses, taking into account multiple factors that may intersect. Most importantly, labor and corporate law and related issues must be central to the discussion.

[1] See Judgement of June 30, 2021, of the Court of Appeals of Turin (specialized enterprise section).