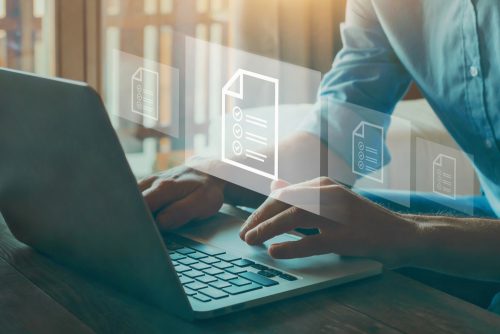 This article is the seventh in a series analyzing the Unified Patent Court (“UPC”). It focuses on the new version of the UPC Rules of Procedure which will enter into force on September 1, 2022, with some important changes. The starting date of the new Unitary Patent system seems closer than ever.

On July 8, 2022, the Administrative Committee of the Unified Patent Court held its second meeting, which took place with all contracting Member States of the Agreement on a Unified Patent Court (“UPC Agreement”) of February 19, 2013 (the full text of the agreement is accessible here) participating.

There were many issues on the agenda (see here). With regard to the legal framework of the Unified Patent Court (“UPC”), a major step was taken toward ensuring that the court will function efficiently by adopting the court’s Rules of Procedure and its Table of Fees. Both will enter into force on September 1, 2022.

Documents from the Administrative Committee meeting are published on the UPC’s website here. The amendments to the Rules of Procedure and accompanying explanatory notes are here. The amended Table of Fees is here. A consolidated version of the rules will be published over the summer, before the rules take effect.

These amendments include some important changes, such as new provisions on opt-outs, videoconferencing, access to the register, and confidentiality clubs.

Regarding the opt-out mechanism (one of the most significant—and debated—provisions of the UPC Agreement), the current version of Rule 5 of the UPC Rules of Procedure requires an application to opt-out to be made with regard to “all of the Contracting Member States” for which an EP/application is granted/designated. This, and the equivalent Rule for withdrawing opt-outs, will be amended to refer to “all of the states.” The existing wording is considered inconsistent with the indivisibility of the application to opt-out and implies that the UPC solely has jurisdiction over UPC Contracting Member States, which is not the case.

A second change for patentees is a mechanism to address unauthorized opt-outs or withdrawals. The UPC will not conduct identity checks on the proprietors listed in opt-out and opt-out withdrawal applications, and the process will not be restricted to registered proprietors. Therefore, there has been concern that there could be illegitimate opt-outs—or, even more likely, illegitimate withdrawals of opt-outs to expose patents to attack in the UPC. The new Rule 5A of the UPC Rules of Procedure is intended to address this: if there has been an unauthorized opt-out/withdrawal, the proprietor may apply to remove it, while supplying reasons. The registrar will decide on the application “as soon as practicable.” If it is accepted, the unauthorized opt-out/withdrawal will be deleted.

There is also a mechanism for seeking review of the decision.

Moreover, in response to oral queries from Contracting Member States during the Administrative Committee’s inaugural meeting, the committee confirmed the formation of local and regional divisions of the Court of First Instance. These divisions will be located in Austria (Vienna), Belgium (Brussels), Denmark (Copenhagen), Finland (Helsinki), France (Paris), Germany (Düsseldorf, Hamburg, Mannheim, Munich), Italy (Milan), the Netherlands (The Hague), Slovenia (Ljubljana), and Portugal (Lisbon). The regional Nordic-Baltic division will be mainly located in Sweden (Stockholm). The committee also adopted the organizational rules for the UPC’s patent mediation and arbitration center, which will have seats in Ljubljana and Lisbon.