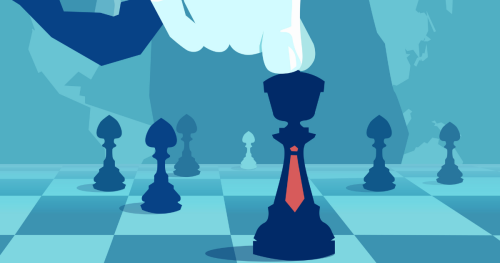 On February 1, 2022, the Italian Competition Authority (the “AGCM” or the “Authority”) issued its decision in case No. I835, opened in 2019, concerning anti-competitive agreements among companies operating in the water meter market (more information on the proceedings available here).

The Authority initiated the investigative proceeding against six companies in response to alleged agreement restricting competition implemented on the occasion of a public tender for the supply of water meters, in violation of Article 2 of Law No. 287/70 and/or Article 101 of the Treaty on the Functioning of the European Union.

The proceeding was based on analysis of publicly available sector data and was prompted by a whistleblower employee, who claimed that since at least 2015 the main water-meter manufacturers had colluded to exclude other competitors.

On the basis of the information collected during the investigation, the Authority discovered a single, complex, and ongoing restrictive by object agreement had been in place at least from December 2011 to September 2019. The agreement was designed to influence public tender procedures for the award of contracts for the supply of water meters in breach of Article 101 TFEU.

This not only posed a strong detriment to proper competitive mechanisms but also influenced the outcome of tenders, as it generally prevented effective selection of the supplier at the best price and/or on the best terms and conditions. Moreover, the collusion involved the main players in the Italian market, which accounted for over 80% of the sales of cold water meters for domestic and industrial use in Italy and which, jointly, were awarded about 90% of the lots in the period 2012–2019.

In determining sanctions, the Authority first noted that since this is a single and ongoing situation, the Authority’s power to impose sanctions in relation to tender procedures that took place five years before the opening of the procedure (or the subjective extension of it) cannot be considered prescribed, summarily dismissing claims to the contrary from the parties.

Due to the gravity and duration of the infringement, the AGCM relied upon the guidelines for setting fines by applying an additional 15% to the turnover typically used for determining fines in similar cases. In addition, pursuant to point 17 of the guidelines, the AGCM deemed it appropriate to add an amount representing 15% of the value the sales of the infringing services to the base amount (known as an “entry fee”).

Furthermore, the Authority stated that three out of the six companies appear to have played an active role in the organization and implementation of the cartel, specifically by inviting cartel members to participate in the tenders and organizing meetings of the members. For this reason, the AGCM then applied an additional 10% to the base amount of those companies’ fines.

Two other companies claimed attenuating circumstance regarding their marginal role in the infringement, but the Authority dismissed those claims, given that both participated in the cartel and took part in the consultation process at both the initial and final stages.

With further reference to attenuating circumstances, the Authority did note that three companies provided evidence that they have put in place compliance programs that provide for the full involvement of management and have issued antitrust manuals and arranged training seminars for management and staff working in antitrust-sensitive areas, as well as appointing antitrust officers to monitor the timely and concrete implementation of their antitrust policies.

In view of these mitigating factors, the fines for two of those three companies were reduced by 5%; the remaining company saw no such benefit, as its compliance program was not adopted and implemented at the group level.