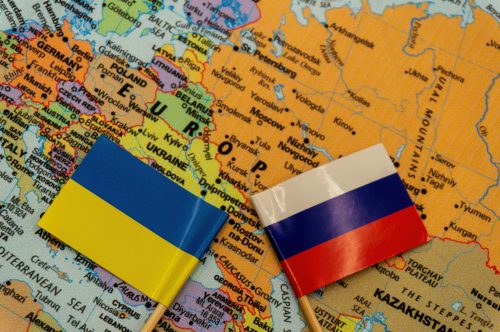 In light of the ongoing Russian invasion of Ukraine, the European member states adopted a series of new sanctions against Russia, continuing along the path undertaken in 2014 after the annexation of Crimea. More specifically, the European Union expanded sanctions against Russia in 2022 in response to Russia’s decision to recognize the non-government-controlled areas of the Donetsk and Luhansk oblasts as independent entities and its unprovoked military aggression against Ukraine.

The Council of the European Union adopted six packages of EU restrictive measures. On April 8, 2022, the council adopted its fifth package of sanctions against Russia, in light of Russia’s continuing war of aggression against Ukraine and reports of atrocities committed by Russian armed forces in a number of Ukrainian towns (more information available here and here). The package includes a ban on (i) imports from Russia of coal and other solid fossil fuels; (ii) any Russian vessels accessing European ports; (iii) Russian and Belarusian road transport operators entering the EU; (iv) imports of other goods, such as wood, cement, seafood, and liquor; (v) exports to Russia of jet fuel and other goods; and (vi) deposits to crypto-wallets. Additionally, the European Union adopted sanctions against 217 individuals and 18 entities. These include a full transaction ban on four key Russian banks, representing a 23-percent market share of the Russian banking sector.

On June 3, 2022, the Council of the European Union reached an agreement on the sixth package of restrictive measures, in light of Russia’s continuing war of aggression against Ukraine, Belarus’s support for it, and the reported atrocities committed by the Russian armed forces (more information available here and here).

The package includes (i) a ban on imports from Russia of crude oil and refined petroleum products, with limited exceptions; (ii) a SWIFT ban on an additional three Russian banks and one Belarusian bank; and (iii) suspension of broadcasting in the EU for three more Russian state-owned outlets. The EU also adopted sanctions against an additional 65 individuals and 18 entities. These include individuals responsible for the atrocities committed in Bucha and Mariupol.