Likes on Facebook posts: How they are viewed by criminal courts 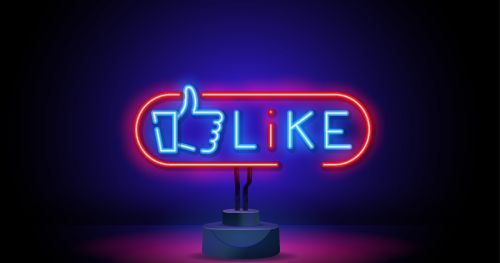 Can liking content on social networks be regarded as an indication of a crime as part of interim measures in criminal proceedings? Apparently, the answer of the Italian Supreme Court of Cassation is yes. With its recent decision No. 4534/2022, the Supreme Court rejected the petition filed against an interim measure issued by the judge in the preliminary investigations in the context of a criminal proceeding for incitement of racial hatred.

Specifically, the person under investigation was shown to believe in the ideals of a Nazi movement group. Among the conduct that led to this conclusion (including the defendant meeting in person with members of said group) was the defendant’s online “liking” of posts promoting the movement’s ideology that were discriminatory against Jews and engaged in Holocaust denial. Although he himself had not posted the content on social media, he had liked it via accounts associated with him.

The defense appealed the decision issuing the interim measure on the grounds that i) evidence that the defendant had met in person with the members of the association (offline conduct) was irrelevant, as the crime in question has to be committed by spreading discriminatory content online; and ii) with regard to the defendant’s online activity, sufficient proof to suggest that criminal conduct had occurred did not exist, as liking content on the platform was merely a sign of support.

However, the Supreme Court noted that there was probable cause that the defendant had committed the crime, as he interacted with and expressed support and appreciation for an extremely right-wing Nazi group. In so doing, the Supreme Court, among other factors, specifically acknowledged the defendant’s online conduct on three different platforms (Facebook, WhatsApp, and VKontacte) and his likes of content posted online. According to the Court, that conduct resulted in concrete danger of spreading discriminatory content.

The algorithms of these social media platforms (especially Facebook) also played a part: with reference to Facebook, for example, the Supreme Court noted that liking a post enhances the probability that other users will interact with it: “The ‘newsfeed’ feature, i.e., the continuous updating of news and activities developed from the contacts of each individual user is, in fact, conditioned by the higher number of interactions that each individual message receives.” Simply put, the more a post receives comments, likes, or other types of interaction, the more likely it is to be shown to other users in their newsfeeds, thus increasing dissemination of the content.

While there is no Italian case law on this point, a few years ago, the District Court of Zurich dealt with a similar issue in a defamation case (decision of May 29, 2017, No. GG160246). In that instance, the Swiss court found that the defendant had committed defamation based, inter alia, on his likes of third parties’ defamatory Facebook posts. Per the court’s view, in so doing, the defendant (indirectly) reproduced and disseminated and spread the content to a greater number of users on the platform.

While still subject to being overturned, these decisions are notable for treading new ground in their respective areas, and indisputably they share a common element: both reflect heightened attention to the meaning and coverage of online activity and interaction, such as users’ likes of content posted on social media by third parties.