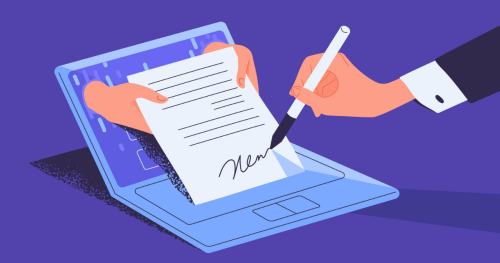 Thanks to Giorgio Nardone for collaborating on this article

On December 30, 2021, the Joint Section of the Italian Court of Cassation (which is the last-instance court for civil matters) issued a landmark judgment[1] clarifying the criteria to determine the civil law consequences of “downstream” contracts with respect to an upstream framework arrangement that was found to infringe the national equivalent of Article 101 of the Treaty on the Functioning of the European Union (TFEU), which prohibit anti-competitive agreements. The court held that legal effects on downstream contracts of an anti-competitive scheme are governed by national law and therefore such contracts cannot be deemed automatically void in their entirety by invoking EU law. Under Italian law, only the individual clauses of downstream contracts that reproduce the same content that appears in an upstream illegal arrangement can be deemed null and void (partial nullity), as a “functional link” between such clauses and the anti-competitive scheme can be presumed, provided that the parties would have concluded the overall downstream agreement even without the disputed clauses.

Facts and background of the dispute

In 2002, the Italian Banking Association (ABI) drafted a standard form for surety contracts (fidejussione) attached to mortgages that was later adopted by many banks, including Sanpaolo IMI S.p.A (now Intesa SanPaolo). In 2005, the Bank of Italy found that three clauses contained in that contractual form constituted an anticompetitive agreement and therefore violated Article 2 of Italian Law No. 287 of 1990 (the Italian Competition Act). Pursuant to EU and Italian competition law, an anticompetitive agreement may even consist of a decision by an association of undertakings, such as the ABI. Indeed, the standard model was adopted by almost all the banks associated with the ABI, which prevented consumers from choosing between different types of surety contracts, since the banks all offered the same conditions. Plus, since the three at-issue clauses made the contract more onerous for the debtor, the ABI model had the effect of generally restricting access to bank loans.

This decision led to numerous lawsuits, including the one decided by the Court of Cassation with this judgment. In the case at hand, a company (Albatel) had entered into a mortgage contract with Intesa Sanpaolo, and one of the company’s shareholders (Mr. Bosco) signed a surety contract to guarantee the mortgage, as required by the bank. Said contract reproduced the standard model adopted by the ABI, including the three clauses that were later declared anti-competitive by the Bank of Italy. Consequently, after the Bank of Italy’s decision, Mr. Bosco sued Intesa Sanpaolo in the national courts, claiming that the surety contract was void. The Court of Appeals upheld Mr. Bosco’s claims, but the decision was then challenged before the Supreme Court of Cassation, which referred the case to its highest bench, the Joint Section, because differing positions existed in case law on the matter.

The reasoning behind the judgment

Preliminarily, the Court of Cassation retraced the various solutions that doctrine and case-law have come up with over the years with respect to downstream contracts entered into based on anticompetitive agreements. This revolves around interpretation of Article 2, par. 3 of the Italian Competition Act, according to which “Prohibited agreements are null and void for all purposes,” which reflects the equivalent provision in Article 101 TFEU (“Any agreements or decisions prohibited pursuant to this Article shall be automatically void”). In relation to this provision, the Court of Justice of the European Union has stated that it is up to Member States to determine, based on national law, the effects on downstream contracts caused by the invalidity of upstream illegal agreements. In other words, EU law only provides that the upstream anticompetitive agreement is automatically void and as a result direct or indirect customers of the affected products can obtain compensation for damages. Further legal consequences on downstream contracts that the colluding company entered into with customers are a matter of national law. The matter is more than merely academic. Allowing the damaged party to have a downstream contract invalidated by a court would grant the claimant favorable terms for obtaining restitution of the overall disbursement generated by the contract. By contrast, if the damaged party to a downstream contract could only seek damages, without invalidating the downstream contract, it would have to quantify the harm suffered due to the distortion of competition caused by the upstream anticompetitive agreement, as compensation would cover only the “overcharge” paid due to the upstream agreement.

The Court of Cassation rejected the bank’s argument that the downstream contract was an expression of contractual autonomy on the part of the bank and its customer and should therefore remain untouched by the nullity of the upstream agreement. Pursuant to Italian law (Article 1322 of the Italian Civil Code), the parties can freely determine the content of the contract only within the limits imposed by the law, including competition rules. The court notes that the purpose of competition rules is to reach a specific “economic outcome,” that is to avoid any distortion of competition within the internal market. This economic outcome is undoubtedly also frustrated, at times specifically, by contracts concluded in application of the illegal agreement, which can be considered a natural outlet of the upstream agreement (or a “purpose” of it, pursuant to Article 2, par. 3 of the Italian Competition Act). Downstream contracts are the means through which upstream illegal arrangements are enforced, and therefore possess the same anticompetitive nature that the upstream arrangements do. In other words, not only is competition distorted by the upstream arrangement, but it is then further distorted by the downstream contract, if a “functional link” exists between the two. This functional link is particularly evident when the downstream contract textually reproduces clauses contained in the upstream illegal agreement, as in the case at issue.

However, the Court of Cassation did not go as far as stating that the downstream contracts are automatically null and void in their entirety. Indeed, the invalidity declared by the Bank of Italy only concerned three clauses in the surety contract form, not the whole form. Hence, the Court concluded that only the part of the downstream surety contract that reproduces those three clauses can be deemed invalid. This conclusion derives from the principle of conservation of the validity of the contract, enshrined in Article 1419, par. 1 of the Italian Civil Code: “The partial nullity of the contract or the nullity of individual clauses implies the nullity of the whole contract, if the parties would not have entered into it without the part which is affected by the nullity.” Only in certain exceptional cases does the invalidity of single clauses extend to the whole contract. To this end, the interested party needs to prove that the valid portion of the contract cannot stand alone, because it is inextricably linked to the invalid portion. According to the court, since those clauses made the surety contract more onerous for the claimant, it goes without saying that he would have signed the suretyship even if those clauses had not been included. The bank, too, had an interest in maintaining the surety contract even without the three invalid clauses. Indeed, if the whole contract were to be invalidated, the bank loan would have no guarantees.

Further, according to the court, the theory of the partial invalidity of the downstream contract best reflects the ultimate objective of Italian and EU competition rules, that is the protection of the freedom of competition. In its decision, the Bank of Italy expressly recognized that the remaining content of the standard surety contract model did not violate competition rules. Accordingly, there would be no point in invalidating contractual clauses that in no way alter competition and therefore reflect the freedom of the parties to enter into a commercial arrangement.

With this judgement, the highest bench of the Court of Cassation sought to strike a delicate balance between public and private enforcement objectives of competition law and namely: on the one hand, the deterrent (or punitive) effects enshrined in EU and national law provisions prescribing “automatic” nullity (or nullity “for all purposes”) of anti-competitive arrangements and, on the other hand, the principle of contractual autonomy and conservation of the validity of contracts enshrined in national law. The compromise found by the Italian topo court seems more consistent with the objective of EU competition law, insofar as it allows commercial agreements that do not distort competition to stand and to produce effects on the market.