The New Insolvency Code: A new era for innovative startups 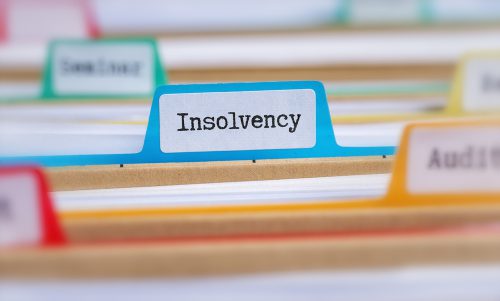 Thanks to Ugo Pesce for collaborating on this article

As of today, insolvent innovative startups are subject to a special regulation, different from the one generally provided for commercial companies. According to section 31 of Law Decree No. 179/2012 “the innovative startup is not subject to insolvency procedures other than those provided in Section II of Law no. 3/2012.”[1]

Nonetheless, the current innovative startup crisis landscape is likely to change with the entry into force of Legislative Decree No. 14/2019 (the “New Insolvency Code” or “NIC”), that expressly includes them within its scope.[2] In particular, NIC firstly defines as “over-indebtedness” the crisis/insolvency situation of specific subjects, including innovative startups, and then provides for specific procedures addressed to these subjects.

Therefore, as of the entry into force of the NIC, the procedures currently regulated by Law No. 3/2012 with respect to startups will cease to be in effect and will be replaced by two new procedures: the minor creditors arrangement (Concordato Minore) and controlled liquidation of over-indebtedness (Liquidazione Controllata del Sovraindebitato). The minor creditors arrangement may be considered similar to the arrangement with creditors of commercial companies, since, amongst others, it allows for a solution of business continuity; while, the controlled liquidation of over-indebtedness may be considered as equivalent to bankruptcy procedure, since its purpose is to liquidate the assets of the innovative startup.

Below there is a summary of the major changes that will be wrought by the entry into force of the above mentioned two procedures, having an impact on innovative startups landscape.

(i) The minor creditors arrangement

This procedure may be proposed when (i) there is a plan that will enable the startup to continue its business; and (ii) there is an external guarantee that the business will remain as a going concern.

The major changes of this procedure from the settlement agreement outlined by Law No. 3/2012, are concerned with:

Once the arrangement is approved by creditors, the judge must homologate it. The NIC establishes — similarly to what was previously provided by Law No. 3/2012 — that the judge may proceed with homologation even if creditors object, whether or not the judge expects creditors to obtain satisfaction from the execution of the agreement that is no less than the liquidation alternative (known as a cram-down). Moreover, with the enactment of the NIC, the judge will be able to homologate the arrangement even if there is of a complaint from the tax authority.

The NIC will replace the current liquidation of assets procedure provided by Law No. 3/2012, with a more streamlined one: the controlled liquidation of over-indebtedness. The simplification of this procedure is also legitimated by the fact that generally the assets of startups are typically less significant than those of big companies.

The major changes in this context are:

By including the startup insolvency regulation, the legislator has certainly attempted to implement one of the primary purposes of the NIC i.e., to regulate all insolvency procedures within a single code, with more streamlined, rapid, and effective procedures also in order to avoid possible conflicts of laws, that may arise especially when there are several laws enacted at different times and governing a unitary and very complex environment, as the one of the insolvency procedures. Moreover, the simplification of the procedures, including those concerning the startups, is certainly in line with the general purpose of the NIC i.e., try to overcome a state of crisis immediately and re-enter the market as soon as possible. Finally, worthy of appreciation is the provision of procedures specifically for startups, that certainly have a peculiar situation compared to traditional companies.

[1] The relevant procedures are the settlement agreement and liquidation of assets. For an in-depth analysis of these procedures as regulated by Law No. 3/2012, please refer to our article at the following link: https://www.startupbusiness.it/startup-innovativa-e-fallimento-guida-alle-procedure/93597/.

[2] NIC will enter into force on July 15, 2022, except for section II, part I, that will be effective as of December 31, 2023, that will introduce (i) the so-called “Alert Procedure” (procedura di allerta) i.e., a procedure having the purpose of promptly identifying the symptoms of a crisis and the appropriate measures to overcome it; and, with specific respect to innovative startups (ii) a specific crisis index that, if exceeded, require them to adopt the procedures set forth in the NIC.

[3]Protective measures are defined by the NIC as temporary measures requested by the debtor in order to prevent that certain actions of creditors may negatively affect the successful outcome of the actions taken to regulate the crisis/insolvency.

Tag: Insolvency
< Back to blog
Welcome to the Portolano Cavallo Startup and Venture Capital blog, focusing on key legal issues and market trends affecting startups and the venture capital industry.
...
Read more
Our enthusiastic and passionate team of professionals will provide news, insight, and multidisciplinary commentary on the hottest and most recent provisions of law and investment and market and contractual trends in the startup and venture capital sector with an eye not only to the Italian market but to the entire European and international ecosystem.

Close
Flash News
Investimenti sostenibili 4.0: an aid scheme of around €677 million for new innovative and sustainable investments will be available to SMEs from May 18, 2022, with the aim of fostering the...
The Council of Ministers has approved a Law Decree introducing new measures to support the reconversion of the automotive industry with a fund of 1 billion euros per year for the next 8 year...
The European Startup Nations Alliance (ESNA) has been launched to support states in ensuring their startups have the best conditions to grow at every stage of their life cycle
Draft of Sostegni bis decree: until 2025, innovative startups and SMEs’ investors will not pay 26% tax on capital gains on the sale of stakes owned for at least three years, provided that ...
Convegno annuale AIFI 19 aprile 2021 “Recovery e Private Capital”: crescita significativa del venture capital italiano, 378 milioni investiti (+40%), 306 investimenti (+82%).
Search by...
Search
Keep in touch, read our newsletters
Subscribe
Follow us on
Follow us on
© Portolano Cavallo Studio Legale 2022, all rights reserved P. IVA 06794491008
This Website uses third party cookies to improve your browsing experience and track your visit. By clicking “I Accept”, you consent to our use of cookies. For more information about the cookies used by the Website please read our Cookie Policy.
I accept
X