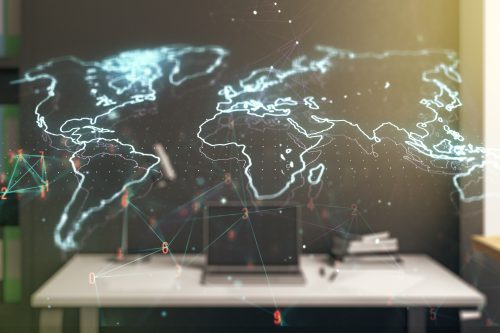 For our series of interviews to international experts of startups and venture capital, Antonia Verna has interviewed Nicoleta Lupea from the London office of Cravath, Swaine & Moore LLP to talk about the recent U.S. trends in venture capital investing and how U.S. venture companies are responding to current market conditions.

Following a record-setting year in 2021, venture capital deal activity has declined in 2022, but generally still exceeds pre-2021 levels. Rising inflation, weak consumer demand and economic uncertainty, coupled with geopolitical instability have been some of the key drivers behind the economic slowdown which resulted in decreased funding and limited exit opportunities. The number of global exits in 2022 has decreased dramatically relative to 2021, though it is still trending to remain within the range of the annual number of exits seen between 2014 and 2020, due to relatively steady exit opportunities provided by M&A activity.

In response to the slowing economy and decreased sources of fundraising, more venture companies have tried to raise extensions on their existing funding rounds in order to avoid an anticipated down round. In addition, emerging companies across all growth stages are considering non-traditional financings, including convertible debt financings—which permit companies to maintain their valuations—royalty arrangements and milestone payments. Technology companies with rich IP portfolios also have access to IP-based secured lending. Companies have also faced pressure from VC investors to shift their focus to cash preservation and runway strategy, resulting in cost cutting, layoffs and hiring freezes as well as R&D budget reductions as near-term future financings are unlikely to resemble those of the last few years.

In the first half of 2022, 6% of completed U.S. rounds were conducted at a lower valuation than the company’s previous investments, which is a historically low percentage. However, this percentage is likely to creep up in the second half of the year since down rounds often lag in worsening market conditions as companies pursue other liquidity solutions before seeking new financing. In addition to potential reputational harm and dampened morale, down rounds may result in significant dilution to founders and other shareholders if anti-dilution protections are triggered, so companies explore all options in order to avoid down rounds. Many venture companies are making the tough operational decisions referenced earlier, while other companies have sufficient runway as a result of the record-setting financing activity of 2021. Despite this negative view, most companies that raised down rounds in previous market downturns were able to continue growing—just 13% of companies that raised a down round from 2008 to 2014 were unable to raise a new round or exit immediately after the down valuation investment.

As the market is moving towards an increasingly investor-friendly environment, VC firms will likely be able to negotiate more favorable provisions. For example, enhanced liquidation preferences, which are usually set at 100%, may increase to a multiple of the original investment. Additionally, full ratchet provisions, which have continued to be uncommon in VC investments in 2021 as well as YTD 2022, might replace broad-based weighted average anti-dilution provisions in order to protect investors from future down rounds. Further, strong redemption rights may become more common—their prevalence has increased in 2022 as compared to 2021, but for now they have still remained relatively uncommon in VC investments. Finally, investors may more easily trade their economic rights for more active roles in the oversight of their investees, for example by seeking board rights that they may not have obtained in 2021.

Corporate venture capital (CVC) has remained resilient in 2022, with CVC deals still exceeding pre-2021 quarterly activity despite a slow-down compared to 2021. In the first three quarters of 2022, CVC had participated in 25% of VC deal count and accounted for 45% of VC deal value. This trend is supported by a relatively strong environment of seed-stage investing, partly due to its distance from the volatility of public markets, and the continued interest from CVCs in building a natural M&A pipeline through these investments while exploring complementary/adjacent products and markets with a relatively modest investment.

Tag: Venture Capital, Interview, International VC , VC Law Firms
< Back to blog
Welcome to the Portolano Cavallo Startup and Venture Capital blog, focusing on key legal issues and market trends affecting startups and the venture capital industry.
...
Read more
Our enthusiastic and passionate team of professionals will provide news, insight, and multidisciplinary commentary on the hottest and most recent provisions of law and investment and market and contractual trends in the startup and venture capital sector with an eye not only to the Italian market but to the entire European and international ecosystem.