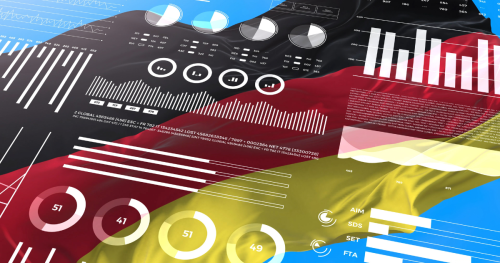 As part of our ongoing series of interviews with international experts in startups and venture capital deals, Dr. Benjamin Ullrich and Tobias Lovett of YPOG shared their views on and experience with the German VC market.

1. How did the German startup/VC market evolve in 2021–2022? Have you noticed any changes in terms of numbers, size, sectors, and types of investments due to the Covid-19 pandemic?

Following the initial shock of the pandemic, the increased reliance on tech during the various lockdowns led to a record volume of venture capital investment in Germany during 2021, including significant growth in the size of both funding rounds and valuations.

This continued into the first half of 2022, though recent events have led to a vast change in approach during the second half of the year (as explained further below).

2. The Russia-Ukraine war is impacting everyone’s daily lives from trading and consumer perspectives. Do you think it will significantly affect the establishment of new startups, VC investments, and cross-border transactions? If so, how?

Year 2022 saw a “perfect storm” of events, including Russia’s invasion of Ukraine and the rising cost of living due to inflation, as well as global supply chain problems. The shockwaves felt through the economies of the world have made investors in Germany and those investing in Germany far more cautious about new investments; their primary concern now is monitoring their existing portfolio companies and keeping them above water, with many startups living off of the vast amounts of capital raised in previous years, conducting small internal fundraising rounds, or taking out bridge financing, e.g., through convertible loans, to kick the valuation conversation down the road.

Concerns have been exacerbated by worrying reductions in the workforces of big tech companies (Meta, Netflix, and Stripe to name but a few) and scandals in the crypto world, which will only perpetuate hesitation in the venture market. Although hard to predict at present, these layoffs could potentially lead to would-be founders, who have been let go, starting to develop their own ideas by incorporating new startups. Also, the availability of talent is, of course, benefiting those startups that continue to thrive.

Unlike the pandemic, which saw a reasonably quick bounce back to “normal,” it is likely that the current situation will stick around for much longer. It therefore remains to be seen how far into 2023 we will get before we see investors having the confidence to deploy meaningful amounts of capital. In any case, we believe the resulting market will be very different from the “easy money” and generous valuations of yesteryear.

3. What is your experience with VC cross-border transactions (i.e., sector, size, and typology of investments?) What changes in a VC transaction when dealing with foreign investors?

In the case of seed financing and Series A rounds, we see no real difference in the types or sizes of investment involving foreign VCs, with an increasing number of rounds being led by investors not based in Germany. However, only a limited number of domestic investors are able to write checks big enough to lead larger Series B or Series C rounds. Therefore, much late-stage financing of German startups is dominated by foreign investors.

The main legal challenge is that foreign investors often need to authorize third parties (often their lawyers) to represent them physically at the notarization of financing documents if they are unable to attend meetings in Germany. In this case, a power of attorney needs to be executed and in many instances notarized, and often it needs to be accompanied by confirmation that the entity validly exists and that the signatories who executed the power of attorney have the authority to do so, depending on the jurisdiction.

While this is familiar terrain in most jurisdictions, the process can sometimes take a few weeks, so it should be started early in the transaction to avoid delays in signing.

4. What were the most challenging clauses that you negotiated recently?

Despite the aforementioned slowdown in the market, we have not yet noticed a shift to general terms that would be considered vastly more investor friendly. That said, we have seen some bespoke mechanics in VC transactions whereby investors have sought to protect themselves against future uncertainty.

One example is when a second closing was planned and if the company was unable to fill the headroom according to the envisaged timeline, the initial investors would receive the unallocated shares by way of compensation. This is obviously to the detriment of the existing shareholders, including the founders, who would bear the additional dilution if new money couldn’t be found.

We have also seen provisions where a lower-than-anticipated valuation has been agreed upon, but with potential upward adjustment in the event that the company achieves certain financial goals. This brings with it certain complications regarding how this is calculated, as well as the potential for disputes, which we would see for earn-out clauses as part of an M&A transaction.

Similarly, we have seen an increase in milestone investments based on certain (more often than not financial) goals. Those also require careful drafting to ensure that the relevant triggers are unambiguous.

All of the above examples are far from being the new standard, but instead should be seen as creative efforts tailormade to avoid down rounds.

5. What kind of exit opportunities does the German market offer?

Germany continues to be a cornerstone of Europe and an economic powerhouse with many active buyers in the German mid-tier (Mittelstand), making it an attractive country in which to grow and sell a company, not just in the capital but across the entire nation. Many German corporates/blue chips—oftentimes highly profitable and with vast cash reserves—seek to digitize further by acquiring innovative startups or engaging in corporate venture capital activities.

An exit transaction in Germany also does not look that dissimilar from one in other continental European jurisdictions or the UK, with an Anglo-American regime applied to the sale documentation as far as permissible by statutory law. As already mentioned, the requirement for agreements to be notarized adds a layer of complexity, but investors are highly aware of this by the exit, as they have already had to go through the process while participating in fundraising rounds.

Clients who are set on a path to IPO in Frankfurt, Germany, may benefit from the legal form of the European Stock Corporation (Societas Europaea, or SE for short) that allows either a one-tier or two-tier board structure. However, with a view to the strength of equity capital markets in the United States, especially for tech companies, some clients will consider “flipping” to the Netherlands, followed by direct listing on the NASDAQ or NYSE.

Tag: Venture Capital, International VC , Interview, VC Law Firms
< Back to blog
Welcome to the Portolano Cavallo Startup and Venture Capital blog, focusing on key legal issues and market trends affecting startups and the venture capital industry.
...
Read more
Our enthusiastic and passionate team of professionals will provide news, insight, and multidisciplinary commentary on the hottest and most recent provisions of law and investment and market and contractual trends in the startup and venture capital sector with an eye not only to the Italian market but to the entire European and international ecosystem.