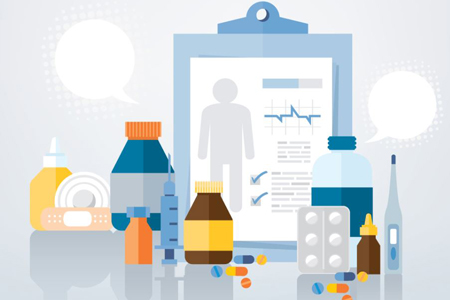 Thanks to Marco Boscariol for collaborating on this article

On April 20, 2021, the Italian Supreme Court dealt with a complex and much debated matter: pharmaceutical company liability for damages to a participant in a sponsored clinical trial. This issue can be analyzed from at least two perspectives: one is the causal connection between the alleged damages and the investigational drug, and the other is the type of liability, contractual or in tort, that the company may incur.

In the at-issue judgment, the Court focused on the latter perspective, and it clarified when pharmaceutical companies can and cannot be deemed liable on a contractual basis.

The judgment arose from a legal action undertaken by a woman who participated in a clinical trial for a cancer drug. The patient’s participation was suspended after a few months due to an adverse effect, specifically cardiovascular disease, allegedly caused by the drug.

Therefore, the patient sought compensation from both the healthcare facility that conducted the trial and the pharmaceutical company that sponsored it.

The Court of Naples in the first instance, and then the Court of Appeals, considered the defendants jointly and severally liable and granted compensation for damages to the claimant. In particular, the Court of Appeals recognized the existence of contractual liability on the part of the pharmaceutical company stemming from “social contact.” This type of liability has been established by the Supreme Court (starting with judgment No. 589, January 22, 1999) for situations in which there is no formal contractual relationship between doctor and patient, but the doctor conducts medical activities as if a contract had been stipulated.

According to the Court of Appeals, the company’s liability was founded upon a contractual basis, arising from the social contact between the patient and healthcare staff. This court explained that said contact can be ascribed to the company itself, as members of the staff acted on behalf of the pharmaceutical company in the role of “delegated investigators.” This positioning of staff is crucial to the court’s analysis. The Court of Appeals confirmed the approach taken by the court of first instance and asserted that the existence of a delegated investigator made it possible to locate the relationship between the company and the patient in the contractual area based on the social contact theory.

In light of the above, the pharmaceutical company decided to challenge the decision of the Court of Appeals and bring its case before the Supreme Court, where it contested the existence of contractual liability stemming from social contact.

The Supreme Court’s decision: There is no contractual responsibility from social contact in this case

In its judgment, the Supreme Court granted the appeal and overturned the decision of the Court of Appeals. It clearly asserted that the theory of contractual liability from social contact cannot be applied in this case, since the patient did not have any contact with the company and had contact only with healthcare staff.

Having clarified this point, the court explained that in order to attribute contractual liability to the company, a judge would have had to verify whether or not a true contractual relationship existed between the company and the patient. This could be either direct or indirect, and it could be determined by analyzing the clinical trial agreement between the pharmaceutical company that provided the drug and the healthcare facility that carried out the trial.

According to the court, the existence of a delegated investigator may lead to contractual liability; however, for this scenario to apply in the at-issue case, the relationship between the healthcare staff and the pharmaceutical company needed to be analyzed closely. The Supreme Court ordered the Court of Appeals to ascertain whether the pharmaceutical company had participated—even indirectly—in the recruitment and management of patients. If the answer was no, it said, the company could not be held liable on a contractual basis. The next step would be to verify whether there were conditions for liability in tort, pursuant to Sections 2043 or 2050 of the Italian Civil Code.

The theory of social contact was developed for a different scenario, one in which it is actually possible to establish contact between doctor and patient. Normally in clinical trials there is no contact between the sponsor and the participants, as the Supreme Court rightly pointed out.

However, the Supreme Court asked the Court of Appeals to determine whether, in this specific case, said contact resulted from the contractual relationship between the sponsor company and the healthcare facility.

Indeed, the court explained that a contractual relationship between the participants and the company could be established only if the clinical trial agreement provided for the pharmaceutical company’s participation—including indirectly—in the recruitment and management of patients.

This is the pivotal point of the decision, in which the Supreme Court overturned the judgment in the second instance, noting that the court had failed to scrutinize this specific issue.

This principle is very significant, because it highlights the importance of the content of clinical trial agreements covering the division of tasks and responsibilities between sponsors and healthcare facilities. In fact, as the company in this case pointed out, it is absolutely true that typically “the role of the pharmaceutical company is (only) to provide healthcare facilities with drugs, including experimental ones, leaving up to the doctor any choice of administration and/or, in the case of experimental treatments, the assessment of patients’ suitability.” However, in light of this judgment, it is also essential for this point to be clearly stated and specified in clinical trial agreements.

In this respect, we note that the model clinical trial agreement published by the National Coordination Centre of Local Ethics Committees for clinical trials on medicinal products for human use and medical devices does not deal in depth with this issue and doing so would be advisable, especially now that this judgment has been issued. Therefore, based on this Supreme Court decision, we strongly recommend paying close attention to the division of tasks and responsibilities between sponsors and investigational sites in such contracts.

Tag: Clinical Trials, Generic Drugs
< Back to blog
Welcome to the Portolano Cavallo Life Sciences blog focusing on legal development and key legal issues affecting the life sciences and healthcare industry.
...
Read more
Our highly-ranked team of professionals will provide news, insights and multidisciplinary commentary on the hottest and most recent regulatory, transactional and contentious aspects of the pharmaceutical, bio-tech, med-tech, food supplement and healthcare world with an eye on its digital transformation and technological developments.