No competitive procedures are needed to execute research agreements with public entities: The Italian administrative court of last instance overturns the TAR decision 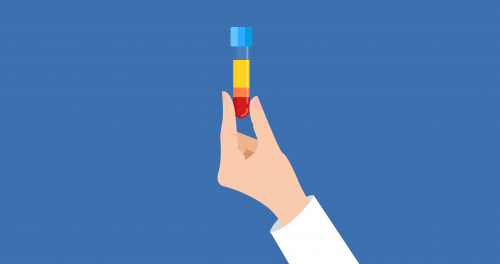 The Italian administrative court of last instance (“Consiglio di Stato”) closed litigation undertaken by Technogenetics S.r.l. that challenged a research agreement entered into by DiaSorin S.p.A. and the Pavia Hospital (which is classified, under Italian law, as a scientific research and healthcare facility, or IRCCS) for the evaluation of certain molecular and serological tests to diagnose COVID-19 (the Consiglio di Stato’s judgement was published on December 17, 2020).

The main topics addressed by the Consiglio di Stato concern:

Both these topics were addressed by the administrative court of first instance (“TAR”) of the Lombardy region, which upheld the claim filed by Technogenetics S.r.l., a potential competitor to DiaSorin, stating that the contract between DiaSorin and the Pavia Hospital should be qualified as a concession of public goods and, consequently, should be assigned by conducting a public tender. Therefore, according to the claimant, it was executed in breach of the national and European principles of transparency and non-discrimination among private operators, which require that appropriate selection procedures be performed.

The Consiglio di Stato overturned the TAR’s decision, stating that:

In brief, it is routine for a public healthcare and research facility to evaluate a product offered by a private company. It is also routine for the facility to use its own resources and specific professional skills in conducting that activity, and this does not trigger any breach of competition principles, nor does it grant a particular benefit to one company over its competitors.

Although this judgment makes reference to a specific legislative framework applicable to IRCCS (Legislative Decree No. 288/2003 and, specifically, Article 8 on research agreements executed by IRCCS), the principles above, stated in this case, can be considered applicable to research agreements offered by private companies to any public healthcare facilities. These principles confirm the freedom that public entities enjoy to negotiate and accept a research agreement offered by a private company without the need to open up the competition to others.

Tag: Administrative Law, Scientific Research, Animal Health
< Back to blog
Welcome to the Portolano Cavallo Life Sciences blog focusing on legal development and key legal issues affecting the life sciences and healthcare industry.
...
Read more
Our highly-ranked team of professionals will provide news, insights and multidisciplinary commentary on the hottest and most recent regulatory, transactional and contentious aspects of the pharmaceutical, bio-tech, med-tech, food supplement and healthcare world with an eye on its digital transformation and technological developments.