Health Claims on Botanicals: according to the Council of State, unauthorized claims may be used if scientifically proven 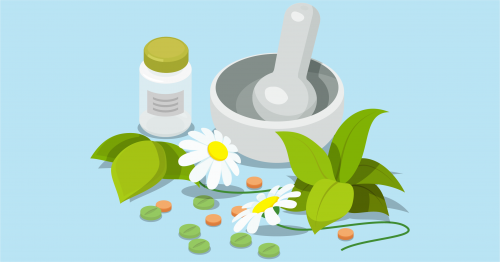 With judgment No. 2371 of April 10, 2020, the Council of State (or the “Court”) provided significant clarification regarding health claims that can be used with respect to a category of food supplements made of plant materials and herbal preparations (“Botanicals”).

In upholding judgment No. 11119/2015 of the Regional Administrative Tribunal (Tribunale Amministrativo Regionale – “T.A.R.”), the Court stated that the Italian Competition Authority (Autorità Garante della Concorrenza e del Mercato – “AGCM” or “Authority”) cannot declare health claims concerning Botanicals unlawful based only on the fact that such claims are included neither on the list of health claims authorized under Commission Regulation No. 432/2012 nor in the Decree of the Ministry of Health of July 9, 2012.

Instead, the AGCM must assess, on a case by case basis, whether the use of such claims may be qualified as an unfair commercial practice, if they are (i) not true according to the scientific evidence filed by the operator; and (ii) misleading to consumers.

The case began 6 years ago when the “AGCM” imposed a fine of EUR 250,000 on a food supplement operator (the “Company”), alleging unfair commercial practice and deceptive advertising capable of misleading the average consumer about the real properties of certain Botanicals derived from Carica papaya that were marketed by the Company.

In particular, the AGCM objected that the Company used unauthorized health claims boasting of specific properties of the product and benefits in the fight against serious diseases (e.g., adjuvant in Parkinson’s treatment).

The Company challenged the AGCM’s decision before the T.A.R., and with judgment No. 11119/2015 the Court upheld the claim and annulled the fine levied by the AGCM. Therefore, the Authority appealed the T.A.R. judgment before the Council of State.

2. The regulation applicable to health claims on food supplements

Because of the great number of claims submitted by operators to obtain such authorization, the Commission approved Regulation No. 432/2012, which lists 222 authorized health claims related to specific substances that can be made by operators.

However, Regulation No. 432/2012 does not include plant materials or herbal preparations, as those are still regulated at the national level. In Italy, on July 9, 2012 the Ministry of Health enacted a decree regulating the use of vegetable substances and preparations in food supplements that contains a list of substances allowed in food supplements (now replaced by Ministerial Decree of August 10, 2018); the Ministry also published guidelines on the physiological effects of plant substances (that are not an integral part of the Ministerial Decree mentioned above), and those contain a list of claims that may be used in relation to such substances.

3. The Council of State’s judgment

The Council of State rejected the appeals brought by the AGCM against the T.A.R.’s judgment and stated that the advertising messages of the Company did not qualify as unfair commercial practice largely for the following reasons:

3.1 Health claims for Botanicals: What can be used?

As to the first point above, the Court held that the non-inclusion of a claim in the register of claims authorized by the EU Commission in Regulation No. 432/2012 does not trigger an absolute prohibition against using such claim, in particular if the product involved falls into a category covered by a specific exemption, as is the case for Botanicals.

As to the national legislation, according to the Court, the Ministerial Decree of July 9, 2012 has no relevance in the case at issue, given that the it does not provide a list of authorized claims for Botanicals but merely a list of vegetable substances and preparations allowed in food supplements.

3.2 The need to consider the scientific evidence provided by the operator

In consideration of the above, according to the Court, the AGCM cannot limit itself to verifying whether or not a health claim is included in the register of authorized claims under Regulation No. 432/2012. Instead, on a case by case basis it must assess the truthfulness of the claims by examining the evidence filed by the operator involved.

In this case, the Council of State did not consider the advertising messages used by the Company misleading. In particular, according to the Court, there was no infringement of the Italian Consumers’ Code because the advertising messages, as they were phrased, were not capable of misleading the average consumer about the real properties and effectiveness of the promoted food supplement.

Indeed, the Council of State held that, based on interpretation of the expressions used in the claims challenged by the AGCM, there is no sign of either deceptive potential of the information provided to the general public or the use of terminology not easily understood by average consumers that would prevent them from grasping the true nature of the product.

In particular, the Court clarified that the advertising message at issue is not capable of inducing the consumer to purchase the product in light of its alleged medical properties, given the fact that the advertising noted the “ancillary” and “supporting” nature of the supplement with regard to medical-pharmacological treatment, even in the case of disease. To be more specific, in commercial communications the product was presented as an “adjuvant” that played a “reinforcing” and “supportive” role with regard to the physiological immune defense system so as not to mislead the consumer about the properties of the product.

4. Some remarks on the impact of this judgment

This judgment represents a leading case in this sector, since it states a very important principle that has the power to modify the approach the AGCM has often taken to this matter up until this point.

Indeed, the AGCM’s case law on health claims relating to food supplements shows that the Authority tended automatically to qualify the use of an unauthorized health claim as unfair commercial practice without even taking into consideration the evidence filed by the interested company to support the truthfulness of such claims.

Starting with this judgment, that approach will probably change, since the AGCM is clearly required to assess the documentation filed by operators to support the claims used on their products, regardless of whether or not those claims are authorized from a regulatory perspective.

However, the Court’s reasoning seems to leave a question open. In fact, the principle stated by the Court is clear with respect to Botanicals, that are not included in the list of authorized health claims. Conversely, in case of other substances included in Regulation No. 432/2012, does an operator have the opportunity to support successfully a health claim that has not been authorized by the EU authorities? It will be interesting to see how future AGCM case law answers that question.

Tag: Botanicals, Food Supplements
< Back to blog
Welcome to the Portolano Cavallo Life Sciences blog focusing on legal development and key legal issues affecting the life sciences and healthcare industry.
...
Read more
Our highly-ranked team of professionals will provide news, insights and multidisciplinary commentary on the hottest and most recent regulatory, transactional and contentious aspects of the pharmaceutical, bio-tech, med-tech, food supplement and healthcare world with an eye on its digital transformation and technological developments.