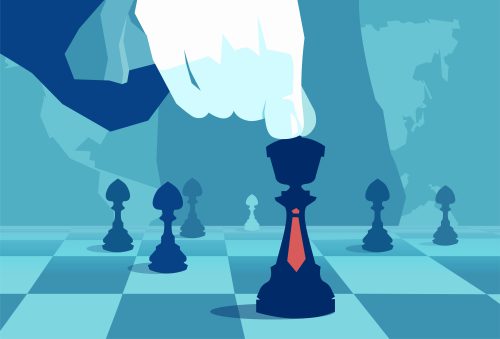 Thanks to Emanuele Mirra for collaborating on this article

On February 15, 2022, Italy’s Consiglio di Stato (or “Council of State”, which is the last-instance administrative court) revoked its previous rulings confirming fines levied on five companies by the Italian Competition Authority (AGCM or “ICA”) for participating in a medical oxygen cartel, as it found manifest omission of facts and reasoning in the judgements, and asked the ICA to produce a set of documents acquired during the proceedings so it can re-examine the case[1].

Background of the case

In 2017, the ICA fined several companies offering medical oxygen therapies for having made agreements about their commercial strategies in three different public tenders held in the province of Milan and the Marche and Campania regions, in breach of Article 101 of the TFEU. In particular, the ICA pointed out that the companies (which for the most part were the same in all three tenders) had put in place behaviors aimed at hindering the successful completion of the tender, almost always following the same modus operandi. This allegedly consisted of initially showing interest in the tenders, and thus entering into a dialogue with the contracting authority, but ultimately not presenting an offer by the deadline set by it, thus making the tender moot. Subsequently, the fined companies would participate in restricted negotiated procedures under more beneficial conditions—namely increased prices.

For the tenders in the province of Milan and the Marche region, the companies challenged the infringement decisions before the Italian administrative court of first instance (“TAR Lazio”), which has jurisdiction to review the decisions of the ICA. The TAR overturned the ICA’s decision, noting that the preliminary inquiry was based on an incomplete investigation, as it had not been proven that the companies’ decision not to take part in the tenders and to opt for the negotiated procedure could only be explained with an anti-competitive agreement. Indeed, the TAR Lazio stated that the contested behavior could have been based on autonomous parallel conduct explained by reasons other than an anti-competitive agreement or exchange of sensitive information. The sanctioned companies gave alternative explanations intended to prove that their conduct was legitimate. The most common and significant proof came in the form of (documented) absence of a profitability margin in relation to the first public tender, while the subsequent negotiated procedure showed sufficient profitability. Further, one bidder also showed that the decision to take part only in the negotiated procedure came to fruition because of, and was made necessary by, its failure to be awarded another important tender for the supply of similar services, which occurred between the first and second procedures.

However, the ICA appealed the TAR’s judgment, and in November 2019, the Council of State reinstated the ICA’s decisions. The Council of State emphasized the contradictory nature of the companies’ conduct insofar as the price floor and the technical requirements for the first public tender were the same as those in the subsequent restricted negotiated procedures. Despite the fact that the parties had presented evidence (e.g., financial sheets illustrating data on profitability) aimed at justifying the different conduct related to the two tender procedures, the Council of State focused only on the same price floor in the two procedures without carrying out further analysis. On these grounds, the Council of State excluded the existence of plausible alternative explanations for the conduct at issue.

The sanctioned companies challenged these judgements and sought revocation due to several manifest errors of fact or law pursuant to Article 395, paragraph 1 (point 4) of the Italian Code of Civil Procedure (CCP), which can be applied to administrative judicial proceedings. Such application is a last-resort tool available to the losing party to overturn the judgement of a last-instance court that is objectively erroneous.

As summarized by the Council of State, three requirements must all be met for revocation: (i) there must be an error due to indisputably mistaken or omitted perception of the material content of the documentation of the proceedings; (ii) the error must relate to a non-controversial point for which the challenged judgment does not expressly provide reasons; (iii) the error must concern a decisive element in the reasoning that led to the contested judgement, thus requiring a causal link between the erroneous assumption and the ruling itself.

In the revocation judgments, the Council of State ruled that the previous judgements entirely failed to consider that the parties had submitted factual circumstances and potential justifications for their economic decision not to participate in the first tender that could, hypothetically, justify a change in conduct with respect to the second tender. On this point, the revoked judgements simply ruled out the idea that the companies had provided a plausible alternative explanation in relation to their actual conduct, without explaining — even implicitly — why the explanations provided by the appellants were insufficient for this purpose. This failure to consider the alternative explanations for the alleged anti-competitive agreement met the requirements for revocations of the challenged judgements, depriving it of logical and legal basis.

The revocation entails the annulment of the contested judgement and referral back to the Council of State for a new judgement on the merits of the appeal, which must consider and avoid the errors of fact that have been exposed.

The principle that failing to address a relevant and substantiated argument of a party in an appeal proceeding may prejudice the validity of the final judgement, including that of a last-instance court, is not new and reflects the case law developed by Italian civil and administrative last-instance courts in challenges pursuant to Article 395, paragraph 1 (point 4) of the CCP. By this token, the judgements commented upon here have clarified that, in reviewing complex antitrust conduct, a court cannot refrain from exhaustively addressing a (relevant) argument or circumstance regarding “plausible alternative explanation” for anti-competitive behavior. However, this reasoning may apply to different levels of clarity and elaboration of a discarding statement in a judgment. How succinct the reasoning used to reject an “alternative explanation” as implausible can be without becoming grounds for revocation of the judgement is not entirely clear and may be subject to differing interpretations. It would ultimately depend on the relevance and decisiveness of the argument and related evidence with respect to the overall arguments and evidence submitted by the parties in a specific case, which may not always be a straightforward and objective assessment in complex antitrust cases.

Tag: Antitrust
< Back to blog
Welcome to the Portolano Cavallo Life Sciences blog focusing on legal development and key legal issues affecting the life sciences and healthcare industry.
...
Read more
Our highly-ranked team of professionals will provide news, insights and multidisciplinary commentary on the hottest and most recent regulatory, transactional and contentious aspects of the pharmaceutical, bio-tech, med-tech, food supplement and healthcare world with an eye on its digital transformation and technological developments.

Close
Flash News
EU Medical Device Coordination Group (MDCG) approves “Guidance” on the borderline between medical devices and medicinal products in order to support the uniform application of Regulation...
Electronic prescriptions: the current modalities of transmission from doctors to patients and from patients to pharmacies are extended until 31st December 2022
EU Medical Device Coordination Group (MDCG) approves “Guidance” on appropriate surveillance of devices covered by certificates according to the MD Directives, under the transitional prov...
Published Decree of Health Ministry identifying the ethics committees of national significance for clinical trials of medicinal products and medical devices
Published Decree of Health Ministry providing measures to enhance no-profit clinical trials and to regulate transfers of data and results of no-profit studies for registration purposes
Search by...
Search
Keep in touch, read our newsletters
Subscribe
Follow us on
Follow us on
© Portolano Cavallo Studio Legale 2022, all rights reserved P. IVA 06794491008
This Website uses third party cookies to improve your browsing experience and track your visit. By clicking “I Accept”, you consent to our use of cookies. For more information about the cookies used by the Website please read our Cookie Policy.
I accept
X