CJEU and SPCs: a never-ending story 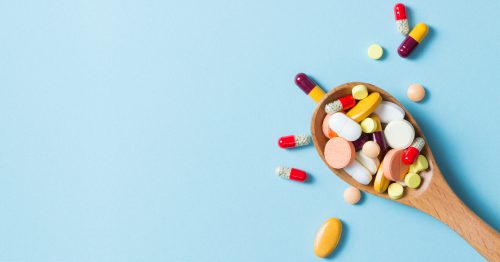 The work of the Court of Justice of the European Union (CJEU) on Regulation (EC) No. 469/2009 (Regulation), on supplementary protection certificates for medicinal products (SPCs), has been quite intense in the last few years, and it still is, given that in the pharmaceutical sector even one more day of exclusivity can be worth millions of euros, so fighting for it is certainly worth the investment of time and money.

Recently, while a new case was being referred to the CJEU on SPCs, the CJEU delivered a judgment on the same topic. It seems that at least one SPC case must always be pending before the CJEU.

1. The Most Recent Referral to the CJEU

The latest referral to the CJEU has been made by the German Federal Patent Court (Bundespatentgericht), which asked the CJEU whether the Regulation applies also to products made of a combination of a medical device and a drug.

According to the information available on the SPC blog (the case number is C-527/17, but the text of the referral has not yet been published on the website of the CJEU) the case at issue relates to a German SPC application based on a European patent claiming a second medical use of the drug paclitaxel for the treatment of restenosis, a side-effect of angioplasty. The SPC request was based on a CE-mark authorizing a stent incorporating paclitaxel as an integral part to prevent and treat restenosis. The therapeutic efficacy of paclitaxel for treating restenosis was established on the basis of clinical trials. The SPC application was rejected by the German Patent and Trademark Office. The appeal is pending before the 14th Senate of the Federal Patent Court and stayed until the CJEU has rendered its decision.

The SPC blog greatly exemplifies this case: “consider a new and innovative drug that has to be administered as an integral part of a medical device. The EU legislator only allows authorizing of the drug/device combination according to the CE-marking procedure. Since the drug is new, the regulatory authority involved in the consultation process requires the manufacturer to carry out substantial clinical trials to be done in compliance with Directive 2001/83/EC. Is such a manufacturer entitled to a SPC? If not: Is this not a discrimination of a pharmaceutical research to deny a SPC, contrary to the legislator’s intentions?”.

The Bundespatentgericht asked the CJEU whether Article 2 of the Regulation is to be interpreted such that an authorisation according to Directive 93/42/EEC concerning medical devices, for a drug-device-combination in the sense of Article 1(4) of said Directive, has to be considered as equivalent to a marketing authorisation (MA) according to Directive 2001/83/EC on the community code relating to medicinal products for human use; and this, in particular, if the drug component, in the course of the approval procedure of the medical device, was scrutinized for quality, safety and usefulness by an authority for a medicinal product of an EU member state, according to Directive 2001/83/EC

This is a big issue, considering that the development of and launching onto the market of products consisting of a combination of drugs and medical devices is more and more frequent. Taking into consideration that research, studies and trials often show that a drug can be more safely taken by the patient or even be more effective when administered in a specific way, such as through a device (the EpiPen® epinephrine auto-injector and the Zalviso® sufentanil sublingual tablets delivered through a pre-programmed device are notable examples). By referring the matter to the CJEU the Bundespatentgerichtrecommends considering that, for the purposes of Article 2 of the Regulation, a CE-marking authorisation for a drug-device-combination shall be considered equivalent to a drug MA.

2. The Latest Judgment of the CJEU

In September 2006 MSD began the development of a fixed dose combination of two active ingredients in a tablet form, which took until 2013 to be completed. In September 2013 MSD submitted applications based on an identical dossier in a number of Member States, under the decentralised procedure laid down in Article 28 of Directive 2001/83/EC, with a view to being granted a MA in each of those Member States for the medicinal product Atozet, a medicinal product intended to reduce cholesterol. The Federal Republic of Germany acted as the reference Member State.

On 10 September, 2014, i.e. 209 days after the submission of the MA applications and, therefore, within the period laid down in Article 17 of Directive 2001/83/EC, the German Medicinal Products Agency issued an end of procedure notice under Article 28(4) of said Directive. The first MA for Atozet in the European Union was granted by the French national authority on 12 September, 2014, and on the same day MSD filed an application for an SPC with the United Kingdom Intellectual Property Office (UKIPO), on the basis of the patent mentioned above. With the SPC application MSD provided a copy of the end of procedure notice issued by the German Medicinal Products Agency. In the SPC application MSD indicated that the effect of the end of procedure notice was that all Member States had agreed to grant MAs for Atozet and requested to supplement the SPC application after the granting of the MA also in the UK.

On 17 September, 2014, the UKIPO objected to MSD’s SPC application on the ground that it was not based on a valid UK MA, and so it did not comply with Article 3(b) of the Regulation. The UK MA for Atozet was granted to MSD on 10 October, 2014, and therefore MSD sent a letter to the UKIPO, enclosing a copy of the UK MA, together with the MA granted in France, and requested those documents be taken into account to rectify any irregularities which might invalidate the SCP application in the UK.

The Comptroller of the UKIPO rejected the SPC application on the ground that no MA was granted when the application was submitted, and this did not constitute an irregularity that may be rectified under Article 10(3) of the Regulation.

MSD brought an action against the Comptroller’s decision before the High Court of Justice, which stayed the proceedings and referred the following questions to the CJEU:

“(1) Is an end of procedure notice issued by the reference Member State under Article 28(4) of Directive [2001/83] before expiry of the basic patent to be treated as equivalent to a granted marketing authorisation for the purpose of Article 3(b) of [the SPC Regulation], such that an applicant for [an SPC] in the Member State in question is entitled to apply for and be granted [an SPC] on the basis of the end of procedure notice?

(2) If the answer to question 1 is no: in the circumstances in question, is the absence of a granted marketing authorisation in the Member State in question at the date of the application for [an SPC] in that Member State an irregularity that can be cured under Article 10(3) of [the SPC Regulation] once the marketing authorisation has been granted?”.

On the first question the CJEU answered that an end of procedure notice cannot be treated as equivalent to a MA. Indeed, according to the CJEU, the word “granted” in Article 3(b) of the Regulation means that the whole administrative proceedings relating to the issue of the MA must have been completed. Since the grant of an SPC is linked to the grant of a MA, the former can only be granted if the latter has been granted. The adoption of an end of procedure notice represents only an intermediate stage in the decentralized procedure. Although the notice has features of a MA (guaranteeing safety, identifying the product, etc.), it importantly does not permit an applicant to place on the market the medicinal product, which is rather the essential feature of a MA. Therefore, an end of procedure notice does not have the same legal effect as a valid MA.

The CJEU’s answer to the second question was also negative. Article 3(b) of the Regulation provides an SPC is to be granted only “if […] a valid authorisation to place the product on the market as a medicinal product has been granted”. If the MA is not granted, then the SPC should be rejected by the relevant authority. Article 10(3) of the Regulation applies only to potential irregularities relating to the application for the SPC, and so for curing defects relating to paperwork, and not defects relating to the conditions of grant. Clearly, as the CJEU stated, the absence of a MA is “an irregularity in connection with the product, as a medicinal product, not an irregularity in connection with the SPC application”.

The approach of the CJEU seems a bit too strict, given that once an end of procedure notice is issued by the reference Member State, the issue of the MA in all other Member States is almost only a matter of time. However, on the other hand, when it comes to patents, time is of the essence and is what matters most. And given that under Article 3(a) of the Regulation the first requirement to be met in order to obtain an SPC is that “the product is protected by a basic patent in force”, if the MA (the second requirement, under Article 3(b) of the Regulation) is granted only after the patent has lapsed, the SPC cannot be granted. It’s the law: “dura lex, sed lex”.

Tag: European Court of Justice, SPC, Patents
< Back to blog
Welcome to the Portolano Cavallo Life Sciences blog focusing on legal development and key legal issues affecting the life sciences and healthcare industry.
...
Read more
Our highly-ranked team of professionals will provide news, insights and multidisciplinary commentary on the hottest and most recent regulatory, transactional and contentious aspects of the pharmaceutical, bio-tech, med-tech, food supplement and healthcare world with an eye on its digital transformation and technological developments.