Ban on the marketing of Cannabis sativa L and its derivatives for recreational use: the ruling of the Unified Divisions of the Supreme Court of Cassation 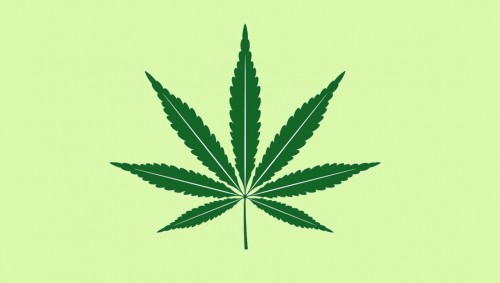 With Judgment no. 30475 of July 10th, 2019, the Unified Divisions of the Supreme Court of Cassation stated that the marketing of Cannabis sativa L and its derivates (leaves, inflorescences, oil and resin) to the public for recreational use is unlawful unless those derivatives are, in practice, devoid of any doping or psychotropic effect. In particular, for the purposes of verifying the doping or psychotropic efficacy, the levels of THC (i.e,. tetrahydrocannabinol, the main active ingredient contained in the cannabis) that is contained in the product is irrelevant. Indeed, this type of marketing falls under the crime of illicit production, marketing and the possession of narcotic or psychotropic substances, which is set forth under Article 73 of Decree no. 309 of the President of the Republic of October 9th, 1990 (“Decree 309/1990”, Consolidated Act on Narcotic Drugs).

The issue submitted to the Court of Justice

In the course of a proceeding for a criminal offence under Articles 73 and 80 of Law no. 242 of December 2nd, 2016 (“Law 242/2016”, containing provisions for the promotion of the cultivation and agro-industrial chain of hemp), 13 kilos of Cannabis leaves and inflorescences were seized, as a preventative measure, at the defendant’s retail outlet, where these products were sold to the public for recreational use.

The Court of Review of Ancona revoked the seizure of those products containing a percentage of the active ingredient THC of less than 0.6%. This decision was based on the grounds that Law 242/2016 provides the right to seize and destroy the cultivation of hemp and derivatives that exceeded the limit of 0.6% of THC.

The Public Prosecutor appealed to the Supreme Court of Cassation against the order that was issued by the Court of Review of Ancona, claiming the incorrect application of Law 242/2016. The question referred to the Court was intended to ascertain whether or not conduct other than the cultivation of hemp falls within the scope of the said Law, and within what limits, and it is therefore irrelevant from a criminal point of view.

Regulatory background: Law 242/2016 and the jurisprudential conflict on its scope of application

Law 242/2016 allows the cultivation of the permitted varieties of hemp that are listed in the Common Catalogue of Varieties of Agricultural Plant Species[1], including the cultivation of Cannabis sativa L for industrial and fibre production purposes, and for those products listed exhaustively therein (i.e., food products, cosmetics in compliance with the applicable regulation, semi-finished products, such as fibre, oils and fuels for industries, organic material for bioengineering, etc.).

Law 242/2016 provides that controls shall be carried out on hemp crops in the above-mentioned agri-food sector by taking samples for the purpose of determining the THC. If, as a result of the control, the total THC content exceeds 0,6%, the judicial authority may order the seizure and destruction of the crop, relieving the farmer of any liability. The purpose of this provision is to exclude the farmer from liability where the crop, which has been lawfully planted and is in the course of ripening, has percentages of THC higher than those allowed by law. The Supreme Court highlights the jurisprudential conflict on the scope of the application of Law 242/2016. According to the minority case-law, it is possible to deduce the lawfulness of the marketing of products derived from the cultivation of Cannabis sativa L from the lawfulness of the cultivation of hemp that is provided for by Law 242/2016.

However, according to the majority case-law, Law 242/2016 regulates only the cultivation of hemp for the commercial purposes that are strictly indicated by the law itself, which does not include the marketing of derivatives, such as inflorescence and resin. According to this case-law, therefore, the sale of derivatives of Cannabis sativa L complements the crime that is provided for by Article 73 of Decree 309/1990.

The reasoning of the Supreme Court: the recognition of the ban on the marketing of the Cannabis sativa L. and its derivatives, and the principle of offensiveness

The Unified Divisions overcame the jurisprudential conflict mentioned by accepting the thesis of majority case-law.

According to the Supreme Court, the marketing of Cannabis sativa L. and its derivatives (i.e., leaves, inflorescences, oil and resin) does not fall within the scope of Law 242/2016, since (i) the latter qualifies as lawful only the activity of growing hemp of the varieties permitted and listed in the Common Catalogue of Varieties of Agricultural Plant Species, within the meaning of Article 17 of the Council Directive 2002/53/EC of June 13th, 2002, and (ii) Law 242/2016 lists exhaustively the derivatives of that cultivation that can be marketed.

The marketing of Cannabis sativa L and its derivatives, such as leaves, inflorescences, oil and resin (differently from derivatives strictly listed in Law 242/2016 as fibres and fuels) therefore constitutes the offence that is referred to in Article 73, Paragraphs 1 and 4, of Decree 309/1990. This provision prohibits a series of conducts, including the sale of the products indicated in Table II of the Decree itself, in which the Cannabis sativa L and the mentioned derivatives are expressly indicated.

Moreover, the Unified Divisions specify that the offence under Article 73 of Decree 309/1990 occurs also in the event that the content of THC is below 0.6%, since this threshold concerns only the presence of THC that is allowed in the cultivation of hemp, and that is intended to exclude the criminal liability only of the grower. Article 73 of Decree 309/1990 does not make a distinction with respect to the percentage of THC that is present in the product for the purposes of the unlawfulness of conduct.

However, the Supreme Court states that the offence provided for by Article 73 of Decree 309/1990 does not automatically arise in the case of the marketing to the public of the derivatives of Cannabis sativa L, regardless of the percentage of THC contained. Indeed, according to the established case law, it is necessary to ascertain the actual suitability of the marketed substance to produce a doping effect, in accordance with the principle of offensiveness.

Tag: Cannabis, Market Access
< Back to blog
Welcome to the Portolano Cavallo Life Sciences blog focusing on legal development and key legal issues affecting the life sciences and healthcare industry.
...
Read more
Our highly-ranked team of professionals will provide news, insights and multidisciplinary commentary on the hottest and most recent regulatory, transactional and contentious aspects of the pharmaceutical, bio-tech, med-tech, food supplement and healthcare world with an eye on its digital transformation and technological developments.