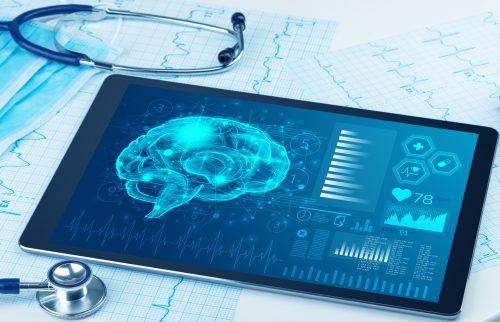 On March 30, 2021, the Italian Competition Authority (hereinafter the “ICA” or the “Authority”) closed an investigation it had opened in 2018 against three manufacturers of high-end diagnostic imaging devices. It did so without a finding of infringement of competition law (namely, of abusing a dominant position) due to lack of sufficient evidence. In a detailed and lengthy decision, the AGCM held that the evidence gathered throughout the investigation did not meet the requisite standard to substantiate the allegations set forth at the beginning of the investigation, i.e., that the parties unjustly refused to provide independent maintenance service providers with access to their proprietary service software and to supply spare parts indispensable to competing effectively against the parties in the diagnostic imagining device maintenance services market.

Launch of the investigation and preliminary findings

The investigation was initiated following a complaint filed by Althea Group S.p.A. (also operating through Italian subsidiaries), whose business included providing maintenance services for medical devices. The Authority alleged that the Parties (which the Authority defines as OEMs of high-end diagnostic imaging devices) might have implemented exclusionary features in their own devices in order to keep other independent companies (such as Althea Group) from providing competitive maintenance services.

Notably, the allegations were deemed so serious that the Authority rejected the commitments the Parties offered to close the investigation pursuant to the applicable procedural rules. Indeed, the Authority held that the allegations it was investigating were too serious to be closed with commitments and required it to pursue issuing a fine against the Parties to deter similar conduct in the future. In any event, the commitments were deemed, prima facie, not nearly sufficient to remove the concerns for competition raised by the practices being discussed. The investigation, initially set to be concluded by December 2020, was extended through March 31, 2021.

Specifically, it seemed that the Parties refused to grant access to indispensable service software and to supply spare parts to independent maintenance service providers. This, allegedly, prevented these independent maintenance service providers from providing their services for “branded” high-end diagnostic imaging devices, thus unlawfully restricting competition. Indeed, it was found that each manufacturer has a minimum set and an advanced set of service software, which grant access to various levels of maintenance tools and features. Each manufacturer provided independent maintenance service providers with its minimum set only, while reserving the advanced set for its own technicians and business partners. However, the Parties argued, and the Authority then acknowledged, that the minimum set (which was compliant with current regulations) gave sufficient access to high-end diagnostic imaging devices to run basic diagnostic tests to measure accuracy, check for errors, and so on, and they further argued that granting access to the advanced sets would infringe their intellectual property rights.

The relevant primary and secondary markets

The Authority identified a primary market for the production and sale of high-end diagnostic imaging devices by looking at different elements that characterize this kind of equipment: high technological complexity, the possibility of delivering highly sophisticated diagnoses, the typically very high prices, and significant installation and replacement (switching) costs.

According to the ICA, the secondary market for maintenance services (or aftermarket) is divided into three different sub-markets—one for each manufacturer—because of the complexity of high-end diagnostic imaging devices, which, coupled with a lack of standardization among these kinds of highly complex technologies, prevents development of standardized maintenance services that could be applied equally to devices produced by different manufacturers. According to the ICA’s preliminary findings, this factor in particular results in important switching costs for public health facilities that want to change from one manufacturer to another.

On this point, the Parties argued that the primary market and the secondary market were so closely interrelated that they formed an inseverable “system of interdependent markets”. According to the Parties, healthcare facilities (especially public ones, which in Italy account for approximately 70% of users and consumers of these kinds of devices) are (or should be) well aware of the expected costs for maintenance services and, therefore, of overall lifecycle costs. However, contrary to what the Parties argued and according to their own documentation filed during the proceedings, the Authority held that maintenance services are generally purchased separately and much later than the devices themselves, meaning that healthcare facilities cannot really predict and estimate maintenance costs for the entire lifecycle of a diagnostic imaging device. The AGCM also found that this holds even more true in Italy, where public healthcare facilities, often faced with strict budgetary limits, will often use the same diagnostic imaging device for as long as ten years, thus even beyond the expected lifecycle identified by the manufacturer (which is usually approximately seven years). This means that maintenance costs are even higher for public healthcare facilities, which require maintenance to offset the declining performance of high-end diagnostic imaging devices used for a longer period.

Indeed, the Authority found that the situation was further complicated by the fact that public healthcare facilities usually purchase high-end devices through public tenders, resulting in savings for healthcare facilities when compared to direct purchases of the high-end devices from the manufacturers. However, when evaluating bids, the contracting authority does not include or take into account the cost of maintenance services, which are essential for high-end diagnostic imaging devices such as those produced by the Parties. According to the Authority, this clearly shows that it is impossible for healthcare facilities to take into account all lifecycle costs, thus proving that there is no inseverable “system of independent markets” as the Parties argued.

The dominant position of each manufacturer in its own aftermarket

The Authority found that the primary market for the production and sales of high-end imaging devices is highly concentrated, and each manufacturer—with market share over 90% in the provision of maintenance services for its own “branded” high-end imaging devices—is dominant in its respective aftermarket (for instance, for most of the Parties, the only “competitor” in each aftermarket was Althea, which often owned a “negligible” market share of 5% or less). In assessing manufacturers’ dominant positions in the aftermarkets, the Authority stressed the lack of interdependence between the decision to purchase high-end imaging devices and maintenance over their entire lifecycles. Moreover, healthcare facilities were found to be often unable to “switch manufacturers” (they were “locked in” with a manufacturer) due to the massive switching costs, which, as the Authority found, amounted to a significant portion of the overall cost of a high-end diagnostic imaging device. According to the Authority, this meant that healthcare facilities could not promptly react to possible abuses in the maintenance market committed by one manufacturer by simply switching to an alternative manufacturer.

However, after having analyzed the disputed conduct in depth, the Authority concluded that the evidence collected through the investigation was insufficient to find abuse of dominance under Section 102 TFEU.

Firstly, the Authority said there was no evidence of the OEMs refusing to grant access to their minimum sets of proprietary service software, manuals, and spare parts, as the Parties provided enough elements that showed that—save for isolated and apparently insignificant instances—they did so under non-discriminatory terms.

Secondly, the Authority found that the Parties own exclusive intellectual property rights to the advanced service software that they admittedly refused to license to downstream competitors. Since an intellectual property right constitutes what is known as “ius excludendi alios,” i.e., the right to prevent others from using one’s invention or work, the Authority pointed out that a careful balance of equally fundamental interests and objectives must be struck between protecting and fostering competition and protecting intellectual property. In this regard, the Authority states that “in the conflict between the protection of intellectual property rights and the protection of the competitive market, in fact, the latter can prevail only and exclusively when the refusal is not limited to preventing rivals from commercially exploiting the object of the exclusive right to compete with the dominant undertaking, but also causes losses in terms of dynamic efficiency, precluding or delaying the development of innovative goods or services.”

The Authority considers that, with exclusive IP rights limited, there would be no incentive to develop alternatives based on innovation; on the contrary, if that were the case, the market would foster and safeguard only “competition by imitation” rather than “competition by innovation,” the latter being the only form of competition with beneficial effects for the community and the market economy. By this token, the Authority stressed that there was no right for competitors to compete with equally efficient input for maintenance, or to provide a service of the same exact quality as that provided by the dominant OEMs.

The Authority applied the principles and criteria outlined by the CJEU in Magill and in IMS Health to ascertain whether the Parties’ refusal to license IP rights constituted an abuse of dominant position and found that access to the advanced sets of service software was not “indispensable” for independent maintenance service to provide service for high-end diagnostic imaging devices. Indeed, the Authority did not find sufficient evidence to prove that the advanced sets, protected by an exclusive right, were not in any way replicable by potential competitors due to objective reasons related to technical, legal, or economic obstacles or that independent maintenance providers could not come up with alternative solutions. Therefore, the Authority concluded that, in light of the cited EU case-law, the OEMs’ refusal to license the advanced sets of service software (thus, theoretically limiting competition in the market) was justified by the need to promote development and innovation in disease prevention and medical treatment.

The results of the investigation came as a surprise, considering how the proceedings started and how serious this case seemed to be: an alleged abuse of dominant position in a market with the fundamental right to the protection of health and access to healthcare services at stake. However, the ICA, following CJEU case-law and guidance on refusal to license intellectual property by the rightsholder’s, did not shy away from weighing the importance of intellectual property rights in fostering research and development for the protection of health against the outright restriction to competition that such rights entailed in a given market.

Tag: Medical Devices, Intellectual Property
< Back to blog
Welcome to the Portolano Cavallo Life Sciences blog focusing on legal development and key legal issues affecting the life sciences and healthcare industry.
...
Read more
Our highly-ranked team of professionals will provide news, insights and multidisciplinary commentary on the hottest and most recent regulatory, transactional and contentious aspects of the pharmaceutical, bio-tech, med-tech, food supplement and healthcare world with an eye on its digital transformation and technological developments.