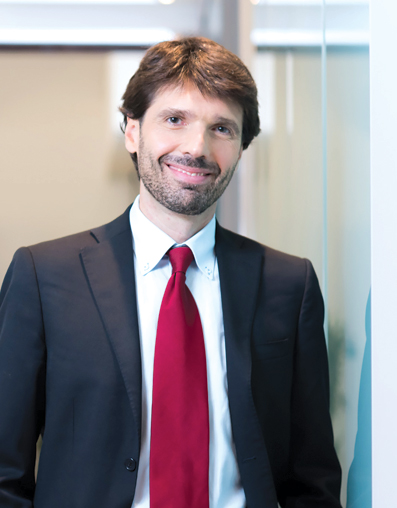 Areas
Cross-border litigation specialist and arbitrator Micael Montinari is savvy to the commercial needs of his clients in the fashion and digital fields.”
WTR1000 2019

Micael heads the dispute resolution team (ranked by Legal500 since 2006).

Since 1998 he deals with litigation matters, often with significant international aspects.

He has an extensive expertise in the  digital and media, retail, fashion and luxury sectors.

Micael speaks often at seminars and roundtables and authors articles related to litigation and arbitration topics. For example, in 2017 he has been panelist at the American Bar Association ‐ International Law Section conference in Barcellona on “Cybersecurity: The New Hidden Risks of M&A Deals” and at the AIGA (Young Italian Lawyers Association – Associazione Italiana Giovani Avvocati) conference “Technology and Law: new challenges”, held in Treviso on January 20, 2017.

Since 2010 he has been a contributor for Italy to Doing Business, Enforcing Contracts, published by the World Bank.

Micael received his law degree in 1998 from La Sapienza University of Rome.

Previously, he worked with an independent litigation boutique firm from 1998 to 2006 (as partner from 2003).

Micael is ranked by Legal500 for Dispute Resolution and by World Trademark Review, and he was recognized as a Client Choice International Awards 2017 winner in the Litigation practice area.

In 2019 Micael has been included by Who’s Who Legal among the Italian experts of the Litigation practice area in the WWL: Italy 2019 guide.

Micael is a member of the Rome Bar Association (A-29052) and is admitted to represent clients before the Supreme Court of Cassation.

Micael is described as a ‘careful, goal-oriented professional’. He advises clients on a broad range of disputes including those related to advertising, unfair competition and IP. He has experience in both litigation and arbitration.
CHAMBERS EUROPE 2017 – DISPUTE RESOLUTION
The quality of his legal advice is excellent; he is realistic and able to anticipate any potential issues”.
CLIENT CHOICE INTERNATIONAL 2017 – LITIGATION (ITALY)
Latest articles
Back
Follow us on
© Portolano Cavallo Studio Legale 2021, all rights reserved P. IVA 06794491008
This Website uses third party cookies to improve your browsing experience and track your visit. By clicking “I Accept”, you consent to our use of cookies. For more information about the cookies used by the Website please read our Cookie Policy.
I accept
X