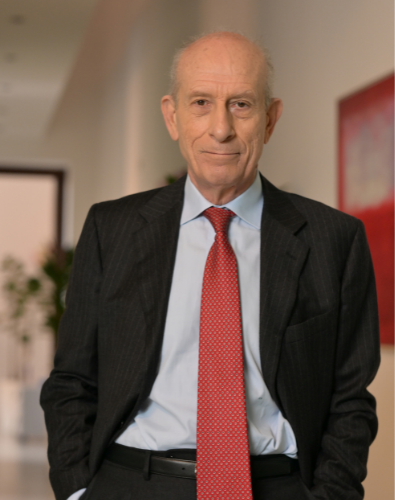 Areas
Industries
Francesco Posteraro was Commissioner of the Italian Communications Authority (AGCOM) from 2012 to 2020. Prior to that, from 2003 to 2012, he was Deputy Secretary General of the Italian Chamber of Deputies (Camera dei deputati).

At the Italian Chamber of Deputies he oversaw various areas, including the Office for the Rules of Procedure, the International Relations Department, and the Chamber Department, and took the position of Deputy Secretary General in 2003.

In 2019 he was made an honorary member of the Association Internationale pour la Protection de la Propriété Intellectuelle (AIPPI). That same year he received a special award from the National Association of Italian Cinema Owners (ANEC, Associazione Nazionale Esercenti Cinema) for his efforts to safeguard copyright and combat online piracy.

He is adjunct professor of Digital Communications Law at the online university Uninettuno since 2018. He is the author of the entry on “Parliamentary Prerogatives” in Treccani’s Enciclopedia Giuridica (Encyclopedia of Law) and of many legal essays on constitutional law, administrative law, parliamentary law.