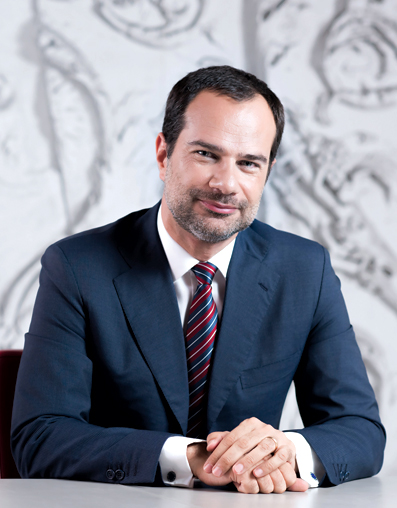 Areas
Francesco Portolano is noted for his expertise in the media sphere, advising clients on their M&A operations, including joint ventures. Clients state: ‘He is very effective at finding an alternative solution when necessary and at getting to the core of the issue’.”
CHAMBERS GLOBAL 2020 – CORPORATE/M&A
Francesco’s thirty year experience includes advising on M&A, private equity and venture capital matters, as well as joint ventures and corporate governance issues. Most of his work is for US clients acquiring Italian companies, mostly in the digital/media sector, including devising and negotiating complex corporate structures to tackle issues such as foreign control restrictions, government regulatory  approvals, cross-media ownership, etc.

In the 2012 Financial Times Law 50 report Francesco was ranked among the “top 10 legal innovators in Europe”. According to the report Francesco “leads ‘a team of lawyers who refuse to be limited to inside-the-box thinking’ [and] tackled each challenge with deep insight and a tireless fascination for innovative approaches, with the sort of dynamic legal skill set one rarely sees in Italian media counsel”.

He is also ranked as one of the top 6 Italian media lawyers in the world by the 2019 “Expert Guides” by Legal Media Group.

In 2018, for the fourth year in a row, Francesco has been included in the “Lawyer of the year” ranking of the top 50 lawyers in Italy by legalcommunity.it.

Francesco worked in the Rome and Chicago offices of Baker & McKenzie from 1992 to 2001. During his 3 years in Chicago Francesco was responsible for the Italian desk, he was a member of the EMEA practice group and worked on outbound and US-bound as well as domestic transactions and multi-jurisdictional transactions.

He was a member of the Technical Staff of the Ministry of Communications in 2006/2007, focusing on corporate issues in the TMT sector. He is past Co-Chair of the International Private Equity and Venture Capital Committee of the ABA Business Law Section.

Francesco ‘has over 25 years’ experience advising on complex corporate M&A and regulatory matters. He is a national authority in the field and frequently provides counsel to prominent US companies looking to invest in Italy’.”
CHAMBERS GLOBAL 2019 – CORPORATE/M&A
The “bright and business-oriented” Francesco Portolano advises an impressive roster of both domestic and international media clients. He is particularly adept at offering transactional support, further to assisting with contentious proceedings.”
CHAMBERS EUROPE 2019 – TMT: MEDIA
Latest articles
Back
Follow us on
© Portolano Cavallo Studio Legale 2019, all rights reserved P. IVA 06794491008
This Website uses third party technical cookies to improve your browsing experience. For more information about the cookies used by the Website please read our Cookie Policy
OK