U.S. Supreme Court ends the debate on enforceability of U.S. rules on discovery in international arbitration 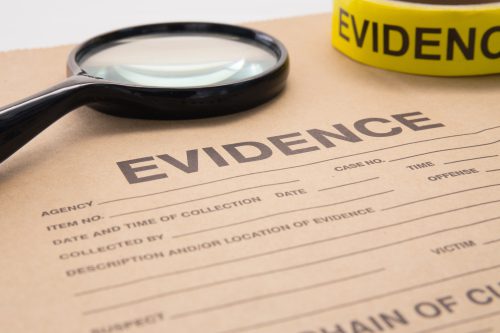 Thanks to Alessandra Ruggiero for collaborating on this article

On June 13, 2022, the United States Supreme Court delivered a landmark decision, excluding the use of 28 U.S.C. § 1782 in international arbitration.

Section § 1782 authorizes U.S. federal district courts to order a person or entity that either resides or is found within the court’s jurisdiction “to give his testimony or statement or to produce a document or other thing for use in a proceeding in a foreign or international tribunal.” This means that a Section 1782 petitioner must show that:

In Intel Corp v. Advanced Micro Devices (2004), the Supreme Court ruled that 28 U.S.C.S. § 1782 authorizes, but does not require, a federal district court to provide judicial assistance to foreign or international tribunals or to interested persons in proceedings abroad. Furthermore, it held firstly that the foreign proceeding does not need to be pending, only reasonably contemplated, and secondly that § 1782 has no threshold requirement that the material be discoverable under foreign law, meaning that the application may therefore circumvent such foreign provisions.

Since issuing its landmark decision in 2004, the Supreme Court had remained silent as to the scope of section 1782. Consequently, the use of section 1782 grew significantly in recent years, as did the debate among lower courts on whether international arbitration proceedings should be qualified as “foreign or international tribunals.”[2]

The first case involved the German Arbitration Institute (DIS) in a matter concerning an international sale in the automotive industry and involving a Hong Kong-based company. The latter filed an application under § 1782 in federal court, seeking information from its opponent, a Michigan-based manufacturer and subsidiary of a German corporation. The district court granted the request.

The second case involved AB Bankas SNORAS (Snoras), a failed Lithuanian bank declared insolvent and nationalized by Lithuanian authorities. The petitioners were AlixPartners LLP, a consulting firm headquartered in New York, and its current CEO, Simon Freakley, who, in late 2011, was appointed as the temporary administrator of SNORAS. The Fund for Protection of Investors’ Rights in Foreign States, claiming that Lithuania had expropriated investments, instituted an arbitral proceeding under the provisions of a bilateral investment treaty between Lithuania and Russia. Consequently, the fund filed a § 1782 application in federal court, seeking documentary materials and testimony from petitioners relating to Freakley’s work on the Snoras engagement. Although AlixPartners objected to that request, arguing that the ad hoc arbitration panel was a private adjudicative body and not a “foreign or international tribunal” under §1782, the district court allowed the discovery.[3]

The Supreme Court’s decision and its reasoning

Analyzing the text of the statute, the Supreme Court argued that the word “tribunal,” read in context attached to the modifiers “foreign” or “international,” is best understood to refer to an adjudicative body that exercises governmental authority. Applying this reasoning, the court stated that the DIS panel was not a tribunal for the purposes of Section 1782, since no government was involved in creating the panel or prescribing its procedures.

So, to summarize, only a governmental or intergovernmental adjudicative body constitutes a “foreign or international tribunal” under §1782. Such bodies are those that exercise governmental authority conferred by one nation or multiple nations. Neither the private commercial arbitral panel in the first case nor the ad hoc arbitration panel in the second case qualifies.[4]

Discovery plays a pivotal role in common law systems and is one of the aspects that make Anglo-American trials different from trials in the civil law tradition. This pretrial procedure has no equivalent in the Italian system, where each party is expected to gather its own evidence to support its claim.[5]

The Supreme Court’s decision excluding section 1782 discovery sought in support of private international arbitrations deprives practitioners of a very powerful tool in the collection of evidence.

However, from a different perspective, this decision may also be regarded as having been intended to restore a level-playing field, as it would help to avoid a situation in which parties located in the United States are at a disadvantage compared to non-U.S. parties that are not subject to section 1782[6].

[5] Although in some specific cases the judge may order a party to provide documents pursuant to Article 210 of the Italian Code of Procedure.