Relevance of prosecution history in the assessment of the patent infringement by equivalents: a new trend in Italy 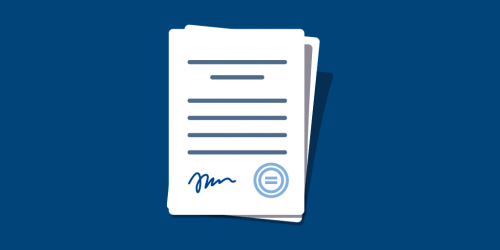 In a recent urgent decision, the Court of Milan held that the prosecution history must be taken into account, and is therefore relevant when assessing patent infringement by equivalence.

Lilly owned the European patent EP1313508 claiming inter alia the “use of pemetrexed disodium in the manufacture of a medicament for use in combination therapy for inhibiting tumor growth in mammals wherein said medicament is to be administered in combination with vitamin B12 or a pharmaceutical derivative thereof […]”.

During prosecution the patent’s claims were subject to:

(i) a first amendment, from the use of “antifolate” to that of “pemetrexed”, to overcome the examiner’s objection that the subject matter of the invention was described in the claims in terms which were too generic, using expressions such as “antifolate”, and that by using these generic terms, the claims covered all the active ingredients having these characteristics or properties, while the initial application described and supported only a limited number of those active ingredients; and

Fresenius Kabi sought an urgent declaration of non-infringement for its product which used pemetrexed ditromethamine in place of pemetrexed disodium.

The prosecution history estoppel does not exist in Italy, and there are only a few court precedents dealing with this issue.

Under Italian law, the claims must indicate, specifically, what is intended to constitute the patent’s subject matter. This rule also governs the methods and criteria for interpreting claims. More specifically, claims:

(i) are interpreted in light of the description and drawings, and

(ii) in such a manner as to guarantee both fair protection to the holder and reasonable legal certainty for third parties.

The specification and drawings are the only elements of assistance for interpreting claims, to identify the scope of protection and its limits.

Traditionally, the approach of Italian courts – on which Lilly based its defensive arguments – is that in interpreting the patent, no legal significance should be given to prosecution history which precedes the granting of the patent, and which consists of documents that are per seexternal to the patent.

Where infringement by equivalents is concerned, under Italian law to determine the scope of the protection granted by the patent, every element that is equivalent to an element indicated in the claims must be considered. There is no mention of the statements made during the patenting procedure for the purposes of determining equivalence. The prosecution history can provide an element to be evaluated by the judge to establish whether certain limitations were introduced by the applicant to overcome objections regarding prior art. Indeed, the patent may not extend its protection, even by equivalents, to the solutions removed from the claims by effect of limitation introduced by the applicant to overcome prior art objections of the examiner.  he da medicine last document.n.duct and art is clear.l change it for you.

Conversely, amendments that are introduced into the patent during prosecution, to overcome the examiner’s objections other than those based on prior art (e.g. as to the clarity of the claims, the sufficient description of the claims, extension beyond the content of the original application), or voluntarily by the applicant, should not be taken into account to exclude the infringement.

3. The decision of the Court of Milan

3.1. The effects of the judgment of the UK Supreme Court in the Actavis v Lilly case.

Lilly’s argued the case also by making reference to the well-known judgment delivered by the UK Supreme Court in the case of Actavis UK Limited and others v Eli Lilly and Company([2017] UKSC 48). This case significantly changed the law of patent infringement in the UK. The English judgment was rendered in a case almost identical to that in question, which also dealt with Italian law, and held that Lilly’s patent was infringed by the products proposed by Actavis which, in place of pemetrexed disodium, used pemetrexed diacid, pemetrexed ditromethamine or pemetrexed dipotassium. The UK Supreme Court also considered that the prosecution history did not justify departing from its conclusion that the Actavis products infringed Lilly’s patent.

The Court of Milan accepted that the judgment of the UK Supreme Court is effective in Italy, but also specified that it was rendered against Actavis, which was not a party of the urgent proceedings commenced by Fresenius. Therefore, given the subjective limits of the res iudicata under Italian law, the Court of Milan held that the judgement of the UK Supreme Court was not binding in the case at issue, because it was given between neither the same parties nor their successors.

Moreover, the Court of Milan noted that the judgement of the UK Supreme Court dealt with products that were not identical to those of the case at issue, as the Actavis products featured different excipients, components dosing ratios, and therapeutic indications than those of the Fresenius product.

3.2. The infringement by equivalents

The Court of Milan held that the amendments introduced by Lilly into the patent during the prosecution, as a whole, point to a clear limitation of the patent protection to pemetrexed disodium, thereby excluding that said protection can extend also to other compounds, such as Fresenius’s pemetrexed ditromethamine.

Lilly’s voluntary introduction, into the patent, of features aimed at limiting its scope, to “save” the validity of the patent, determined a limitation of the claims that cannot, through the tool of the infringement by equivalents, lead to the extension of the protection to features that were expressly excluded, and so disclaimed. For the purposes of the construction of the scope of the patent, the limitations introduced are relevant, and must be taken into account, irrespective of the reasons for the introduction of said limitations.

In the Court’s opinion, the limitations introduced to address substantial objections of the examiner, based on the lack of novelty or inventive step in light of the prior art, have the same weight of the limitations that are introduced to address formal and non-substantial objections, such as those based on lack of support or lack of clarity. In any case, in the law there is no actual distinction between substantial and formal/non-substantial objections, and corresponding limitations, because both kinds of objections lead to the invalidity of the patent (for lack of novelty/inventive step or for lack of support, clarity, etc.). The Court incidentally noted that, in its opinion, the second limitation introduced by Lilly during prosecution was not purely formal and insubstantial, because lacking said limitation, the patent would have not been granted and, if granted, would have been declared invalid for lack of support, or extension of the subject-matter beyond the content of the application as filed under article 123(2) EPC.

The Court also maintained that the principles of consistency and good faith do not authorise the patent owner to re-extend the scope of protection of the patent beyond the limitations that were voluntarily introduced during prosecution, using the tool of the infringement by equivalents. This would represent an abuse of the patent and would harm the trust of third parties, whose interests must be always balanced with the exclusivity granted by the patent to its owner.

The Court of Milan held that the patent enforcement by equivalents is limited by the limitation of the objective boundaries of the patent introduced by the applicant during the prosecution, irrespective of the specific reasons that may determine the patent’s invalidity in the absence of its re-formulation or limitation.

The Court therefore concluded that the Fresenius products did not infringe Lilly’s patent EP’508.

The pemetrexed cases in Europe are changing the landscape of patent infringement in several countries, as it already has in the UK. In Italy this case is going to become a leading one, and is giving courts the opportunity to re-consider some principles they have followed in previous decades, including the inexistence of a doctrine of equivalents in the UK and the irrelevance of prosecution history in Italy.

Unlike in the UK, where the new law has been set by the Supreme Court and where court precedents are binding in line with the common law system, the Italian decision of the Court of Milan has been rendered in an urgent proceeding and, at least per se, should not have significant persuasive power. Moreover, to our knowledge this urgent decision has been appealed by Lilly, and could be reversed.

In any case, the approach of the Court of Milan in this decision is quite innovative and will certainly be subject to further developments, discussions and studies.

Tag: Patents
< Back to blog
Welcome to the Portolano Cavallo Life Sciences blog focusing on legal development and key legal issues affecting the life sciences and healthcare industry.
...
Read more
Our highly-ranked team of professionals will provide news, insights and multidisciplinary commentary on the hottest and most recent regulatory, transactional and contentious aspects of the pharmaceutical, bio-tech, med-tech, food supplement and healthcare world with an eye on its digital transformation and technological developments.