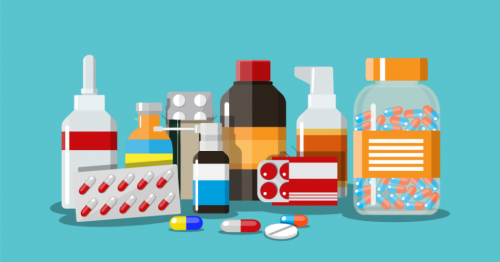 On May 3, 2019, Law Decree No. 35 of April 20, 2019 (the “Calabria Decree “) entered into force. The Calabria Decree includes significant provisions relating to the shortage of medicines.

To enable it legal effects, the Calabria Decree must be converted into a law within 60 days of entering into force. The draft law converting the Decree Calabria into a law (“Draft Law”) is currently being examined by Parliament. Specifically, on May 30, the Draft Law was approved by the Chamber of Deputies, with amendments to the text of the current Calabria Decree, and it is now to be examined by the Senate.

With regard to the shortage of medicines, the Draft Law provides for the following:

(i) in order to prevent or limit cases of shortage or of the unavailability of medicines on Italian territory, the Italian Medicines Agency (“AIFA”) issues a decision that temporarily bans exports of such medicines. AIFA is required to give prior notice of the adoption of this decision to the Ministry of Health.

This amendment was particularly appreciated by Federfarma (i.e., the Italian federation representing private pharmacies that are affiliated with the Italian National Health Service), which has seen this amendment as an important step forward in addressing the worrying phenomenon of the unavailability of certain categories of medicines on national territory, in order to safeguard public health.
However, it would be interesting to investigate whether this restriction on the export of specific medicines may conflict with the free movement of goods within the territory of the European Union, and how it may have an impact on the parallel import of medicines.

(ii) the marketing authorization holder shall notify AIFA of the temporary or permanent interruption of the marketing of any medicinal product in Italian territory not less than four months in advance of the date of interruption, rather than two months, as provided for in the current version of Legislative Decree No. 219 of April 24, 2006 (Drugs Code).
Any failure to comply with this obligation is subject to an administrative penalty, the amount of which ranges from EUR 3,000 to 18,000.

(iii) To increase monitoring on national territory that aims to prevent any situations in which there is a shortage of medicines, the Draft Law introduces to AIFA the positions of administrative director and technical-scientific director.

As indicated above, these provisions are currently being assessed by the Italian Parliament and they are still subject to further amendments until the Draft Law is finally approved (by July 3, 2019).

Tag: AIFA, Marketing Authorisation, Regulatory, Pharma
< Back to blog
Welcome to the Portolano Cavallo Life Sciences blog focusing on legal development and key legal issues affecting the life sciences and healthcare industry.
...
Read more
Our highly-ranked team of professionals will provide news, insights and multidisciplinary commentary on the hottest and most recent regulatory, transactional and contentious aspects of the pharmaceutical, bio-tech, med-tech, food supplement and healthcare world with an eye on its digital transformation and technological developments.