Excessive pricing abuses in the pharmaceuticals sector: complying with a cease-and-desist order. The Italian case of Aspen v AGCM 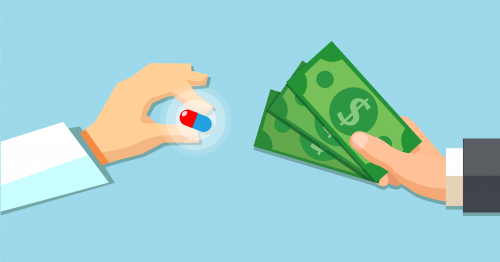 On 29 September 2016, the Italian Competition Authority (the AGCM or ICA) fined the Aspen Group (Aspen) €5m for a violation of article 102(a) of the Treaty on the Functioning of the European Union. The ICA upheld in particular that the manner and level at which Aspen renegotiated prices for a set of reimbursable drugs (Cosmos Products) constituted an abuse of dominant position in the form of the imposition of unfair pricing conditions. During the negotiations with the Italian Pharmaceutical Agency (AIFA), Aspen had threatened to delist such drugs from a non-reimbursable and therefore free-to-market classification.

The competition authority’s decision represents a rare case where article 102 has been applied to curb excessive prices, relying to the “unfairness” element of the banning of abuse of a dominant position. Indeed, determining what price level can be excessive requires intervening in probably the most sensitive and commercially strategic decision of an undertaking and a competition authority certainly cannot directly set prices as it were a regulator. As similar applications of article 102 are extremely controversial and difficult to justify, this case has spurred lively debate on the boundaries of competition law.

Further, inspired by this case, the European Commission has started a parallel investigation against Aspen for excessive prices in various EU Member States, relying on the same theory of damage demonstrated by the ICA’s decision.

Because this decision has already been widely commented on, we will focus on the peculiar aspect of how Aspen has complied with the cease-and-desist order that was attached to the ICA’s fine. Indeed, on 1 March 2017, following the actions taken by Aspen in response to the decision, the ICA opened new proceedings alleging Aspen’s failure to comply with the order to renegotiate fair prices for the Cosmos Products. During the investigation Aspen modified its conduct in a way that lead the ICA to close the investigation without a non-compliance finding. It is interesting to note how the situation in this case unfolded as it could serve as a pattern for pharmaceutical companies facing similar situations in other jurisdictions.

On 13 December 2016 Aspen submitted a memorandum to the ICA reporting the measures it was implementing to comply with the decision. By way of example, Aspen had planned the adoption of an Ethics and Compliance Policy and a Code of Conduct. However, the ICA observed that the proposed initiatives were not specifically aimed at achieving fair prices for the Cosmos Products, and therefore informally renewed the invitation to comply fully with its cease-and-desist order.

On 15 February 2017, AIFA called Aspen for a meeting with the Price and Reimbursement division of the agency, aimed at reviewing the contractual conditions then in place for Cosmos Products. However, according to the AIFA, the position held by the company during this meeting, as described by AIFA in a letter submitted to the ICA on 27 February 2017, did not portray a willingness to cooperate and reach an equitable solution.

In particular, the AIFA pointed out that Aspen:

Considering the above, in March 2017 the ICA opened formal proceedings for non-compliance. It alleged that Aspen did not undertake any real initiative for the definition of fair prices for Cosmos Products, perpetuating the anti-competitive conduct which had been assessed in the decision.

Conduct which led to the closure of the investigation

On 19 June 2017, following the formal initiation of the non-compliance proceedings, Aspen proposed a temporary compensation agreement to AIFA. The proposal envisaged a measure aimed at lowering the actual reimbursement price by the national health system (NHS) until conclusion of the renegotiation procedure. The duration of the temporary agreement was dependent from the resolution of the controversy with the ICA before the relevant appeal court.

More specifically, Aspen ‘temporarily’ agreed to apply a backdated discount (through payback to the NHS) to Cosmos Products’ resale price to the public. This would amount to 50 per cent of the differential between the prices agreed with AIFA before the contested negotiations (until 2013/2014) and those set through the contested negotiations, as of 2014. Moreover, the agreement provided that Aspen could not in any case recover such discount, apparently even in the case of a court’s subsequent annulment of the ICA’s decision. In addition, if at the outcome of the ongoing negotiations with the AIFA, the prices were set at a lower level, Aspen would have to apply such prices retrospectively from the date of the ICA’s decision.

When the court of first instance (the TAR Lazio) rejected the Aspen’s appeal against the ICA’s decision, AIFA requested Aspen to submit a dossier with market data and information on production/R&D costs, as required by the regulatory framework for the revision of the contractual conditions for the Cosmos Products.

Aspen submitted a first dossier in September 2017. It compared the price resulting from the contested negotiation with the comparable or higher prices applied in Europe for the same or similar products, and claimed that the latter should be the reference point for prices in the negotiation. AIFA however insisted that the regulatory framework required the use of pre-2014 prices as the starting point for the new negotiation and demanded Aspen submit a new dossier without a section on actual European prices to comply with that requirement to formally start the negotiations.

In response, in November 2017 Aspen submitted a new dossier without the section on actual European prices. However, it attempted to demonstrate that prices set before 2013/2014 would impede any positive margin therefore making a net loss for at least two of the five Cosmos Products. Thus, they argued these were not appropriate reference prices to start negotiations. Moreover, Aspen claimed that since the Cosmos Products address rare diseases, they should be characterised as orphan drugs (though they are not formally designated as orphan drugs). Because of their therapeutic purpose and low sales volumes, a profit margin of around 40–50 per cent should be granted according to the applicable rules. Consequently, it proposed that the AIFA increase the pre-2014 prices to reflect actual costs, including the investment cost resulting from the acquisition of the Cosmos Products from the previous holder (GSK), plus an orphan-like drug protected margin. Such increases would have set the reference prices for the Cosmos Products at a level of ten to 50 per cent lower than the prices contested by the ICA.

Nevertheless, in December 2017 the AIFA again contested the accuracy of Aspen’s approach and rejected the proposed increase in reference prices on formal and substantive grounds. However, it did accept formally starting negotiation proceedings for the new prices of Cosmos Products on the condition that Aspen withdraw the section of its dossier with the proposal to increase the reference prices.

Aspen and the AIFA started negotiations in early 2018 based on further documents and information submitted by Aspen. However, since the prices proposed by Aspen reflected the level of increases proposed in November 2017, the AIFA suspended the negotiations.

All the steps described above were reported to the ICA by both AIFA and Aspen in the course of the negotiations.

As a result, in March 2018 the ICA notified Aspen of a statement of objections for non-compliance with its September 2016 decision on the grounds that, inter alia:

Following the ICA’s statement of objections, in April 2018 the parties finally settled on new prices at levels between 29 and 82 per cent lower than the contested 2014 prices. As a result, relying on the settlement whereby the AIFA agreed that the new prices are not unfair, the ICA closed the investigation without finding a violation.

During the non-compliance proceedings Aspen accused the ICA of acting in a way which exceeded its authority and drastically interfered with that of AIFA, which must negotiate the new prices autonomously according to applicable regulations. For instance, Aspen argued that the ICA’s continued interactions with the AIFA undermined Aspen’s negotiating prerogative to the point where Aspen couldn’t even rightfully disagree with AIFA on the determined price level. Aspen also maintained that submitting dossiers to the AIFA in accordance with its requests should have been considered sufficient to demonstrate fair negotiation and close the non-compliance proceeding.

Notably, Aspen argued that the role of the ICA in non-compliance proceedings concerning renegotiation of fair prices for pharmaceutical products should be limited to assessing the fairness of the process, that is, the submission of the required dossiers and information to AIFA and compliance with principles of good faith. The ICA should not extend its assessment to the subsequent dialogue and substantive merits of the proposals on prices. According to Aspen, the AIFA’s own evaluation of the contents and extensiveness of the dossiers and on the fairness of the prices could not legitimately constitute the parameter of appreciation by the ICA of Aspen’s compliance with the September 2016 decision, as it would mean depriving Aspen of any real negotiating autonomy.

The Aspen case raises several doubts on what margins of autonomy in negotiating prices with pharmaceutical agencies may be left to pharmaceutical companies in a situation where the latter have been ordered by a competition authority to renegotiate prices fairly.

Indeed, as highlighted above, in contesting Aspen’s failure to comply, the ICA seems to have relied extensively and uncritically on the evaluation made by the AIFA about the fairness and correctness of the negotiation process and for the proposed prices. This may have in fact deprived Aspen of any possibility of disagreement to obtain a better deal with the AIFA, which in turn may have de facto granted AIFA the imposition of its preferred prices unilaterally, without a real possibility of negotiation.

If such an approach were to prevail, it would de facto allow pharmaceutical agencies, by combining their powers with those of competition authorities, to become price regulators in any situation where a competition authority has determined an excessive pricing practice. Such restrictions to free commerce is not what competition law is designed for and would run contrary to fundamental principles enshrined under EU law. The power to impose the price of drugs unilaterally would indeed go well beyond the regulatory autonomy granted to Member States by the applicable EU legislation.

Tag: Price and Reimbursement, Antitrust, Pharma
< Back to blog
Welcome to the Portolano Cavallo Life Sciences blog focusing on legal development and key legal issues affecting the life sciences and healthcare industry.
...
Read more
Our highly-ranked team of professionals will provide news, insights and multidisciplinary commentary on the hottest and most recent regulatory, transactional and contentious aspects of the pharmaceutical, bio-tech, med-tech, food supplement and healthcare world with an eye on its digital transformation and technological developments.