The Court of Rome: Not hiring women due to pregnancy is discriminatory 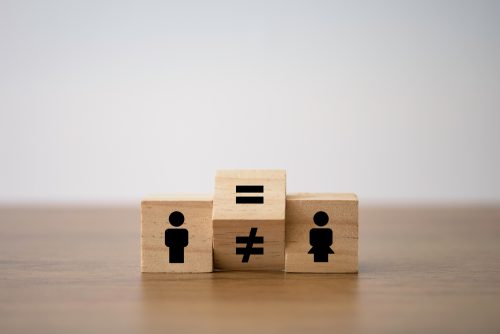 Thanks to Clara Fallocco for collaborating on this article

On March 23, 2022, the Court of Rome deemed discriminatory the conduct of Italia Trasporto Aereo S.p.A. (“ITA Airways”), which excluded several Alitalia flight attendants from its recruitment plan due to pregnancy.

Two flight attendants employed by Alitalia applied to be recruited by ITA Airways in the context of the latter’s December 2021 recruitment plan.

The women claimed that they applied to join ITA Airways while they were pregnant and, for this reason, they were not even called for interviews. In particular, they alleged that “they had not even been called for the selection process, that all workers selected by ITA Airways were then hired, that the criteria adopted in making the choice were completely unclear, that other workers with less seniority and experience were taken over them.”

They also claimed that five other Alitalia employees in Fiumicino and another colleague from Linate were excluded, according to them due to the same reason, and that recruitment was carried out based on ambiguous criteria.

Therefore, they alleged that ITA Airways acted in a completely discriminatory manner, implementing “the systematic exclusion of pregnant or post-partum workers.”

For its part, the company argued that (i) it would only be possible to verify discriminatory behavior upon completion of the recruitment plan (scheduled for 2025); (ii) ITA Airways is in the startup phase and therefore not obliged “to observe any specific selection criteria” except those agreed upon with the unions; and (iii) ITA was not aware that the two flight attendants were pregnant. ITA Airways also claimed that the two women’s Recurrent Training (certification to operate on board as a cabin-crew member) had expired when the two women submitted their applications.

The court stated that the company has already implemented more than half of the plan, that the protocol signed with the unions clearly prohibited discrimination, and that the two women demonstrated that they were in possession of both a Covid-19 Green Pass and certification of medical-legal fitness. They lacked only the Recurrent Training, a requirement that can be fulfilled with a refresher course of one to two days.

After citing national legislation such as Legislative Decree No. 198/2006 (“Equal Opportunities Code”) and European case-law on the subject, the judge stated that protection against discrimination covers the selection, recruitment, and employment phases.

The court found that the employees had met the burden of proof and that the lack of transparency in the selection criteria was further proven by demographic statistical data. In particular, the judge stated that, given that one out of every thirty women of childbearing age gives birth during any given year, among the 412 flight attendants hired by the company there should have been 13.7 pregnant women, based on national demographic data.

The judge also acknowledged that this figure needed to be adjusted in this specific case—given that the recruited staff also included women over 50 and the relevant period was less than 12 months—but even if the statistics are reduced by 50%, at least 6 or 7 pregnant women would have been recruited by ITA Airways.

In any case, the court held that the two women’s request for an order requiring ITA Airways to employ them was inadmissible. The court stated that in the case at stake the court has no judicial power to compulsorily establish an employment relationship, “which would be in conflict with the rights granted to the employer on the basis of the principles stated in Art. 41 of the Italian Constitution.”

On the other hand, the judge upheld the demand for compensation, since the company’s unlawful conduct had resulted in damage to the petitioners, whose application for employment had not even been considered.

The conduct of ITA Airways caused the two women to incur a loss of opportunity that the Court of Rome quantified as 15 months’ salary: a figure arrived at by taking into account maternity leave prior to the birth of a child and for the seven months following the birth.

The decision states that the order to pay that compensation and legal fees was intended both to compensate the two workers for the damages suffered (loss of opportunity) and to dissuade the company from similar conduct in the future.