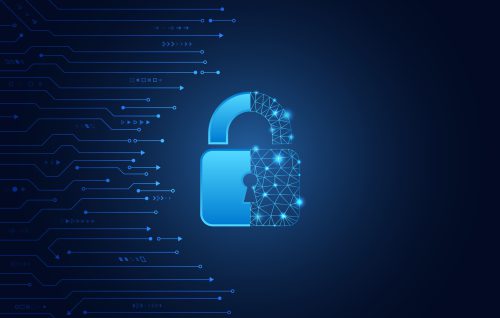 Clubhouse is a social network available to the public since 2020, through an app operated by the U.S.-based company Alpha Exploration that has no establishment in the EU. The social network is based on voice interactions that take place in conversation rooms, namely:

The proceedings began in 2021 following press reports of several issues concerning the processing of personal data in the context of the Clubhouse social network. The Garante also received a claim highlighting critical issues related to security, exercise of data subjects’ rights, the controller’s EU representative, profiling activities, and retention of personal data.

Alpha Exploration sustained that the Garante lacked jurisdiction and the GDPR was not applicable to provision of the social network because Alpha Exploration did not, at least originally, offer its services in the European Union. The company’s choice to offer its services only in the United States was said to justify the fact that the information required under Article 13 GDPR was not presented in the relevant privacy policy until August 4, 2021.

It was only in the spring of 2021 that Alpha Exploration, having taken note of Clubhouse’s widespread use globally (90,000 monthly active users in Italy in August 2021), decided to initiate a GDPR compliance program. The company reported that it supplemented the privacy policy for users in the European Union, including with regard to the processing of non-users’ data collected from the address books of users’ devices, specifying, inter alia, the legal basis for processing and data retention criteria. Alpha Exploration also appointed a representative in the European Union under Article 27 GDPR.

The findings of the Garante

The Garante determined that the conditions for applicability of the GDPR set out in Article 3(2)(a) GDPR had been met, since Clubhouse offered its services to data subjects in the European Union, as demonstrated by the high number of European active users in 2021. The Garante claimed its jurisdiction on the basis of Article 55(1) GDPR, because the Clubhouse service was managed by a company that had no establishment in the European Union and it affected data subjects in more than one Member State. As a result, each data protection authority based in a Member State affected by the processing would have jurisdiction to investigate Alpha Exploration’s provision of the Clubhouse service.

On the merits, upon completing the investigation, the Garante posited that Alpha Exploration committed several violations of the GDPR in providing the Clubhouse service, which can be summarized as follows:

Additionally, the indiscriminate recording of every conversation in every room was found to be too invasive of data subjects’ rights to be based on the company’s legitimate interest in monitoring possible violations of Clubhouse’s guidelines.

Most importantly, the Garante declared that profiling aimed at showing users personalized content and suggestions could not be based on the need to execute the contract. Indeed, a user could use the service even without providing relevant information for profiling (namely, the user’s interests or any posted content). The Garante also stated that such processing could have led to the creation of a profile different from the one perceived by the data subject (since profiling modalities and logic were not made explicit in the privacy policy), so that participation in the life of the community could have been unduly influenced.

Alpha Exploration also failed to provide non-users with information on the processing of their telephone numbers, in violation of Article 14 GDPR. The Garante observed that simply including this information in the privacy policy was not sufficient to comply with Article 14 GDPR obligations, because the information notice is rarely viewed by persons who are not users of the service.

The measures adopted by the Garante

Based on the above, the Garante ordered Alpha Exploration to:

This Clubhouse decision is yet more evidence that the Garante is paying a great deal of attention to multinational companies operating in Italy and providing innovative services (such as social-network and communication services). In addition, while the administrative fine is in line with recent trends, it is worth noting that the company has been required to implement corrective measures and to provide details on them within 30 days. As usual, the hardest part of being subject to an investigation and dealing with a decision from the Garante is not payment of the penalty, but the effort the company must put into implementing the required remedies in a short period of time.

[1] Providing the list of processing activities requiring a DPIA pursuant to Article 35(4) GDPR.