Standard essential patents: An overview to pave the (new?) road 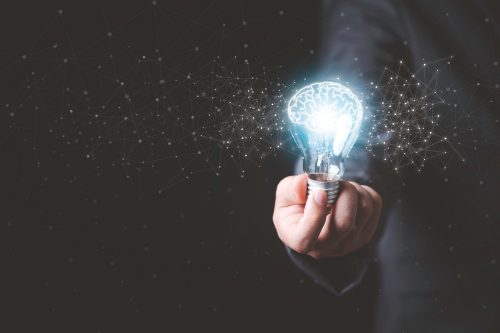 We are assisting to the disruptive impact and evolution that Standard essential patents (“SEPs”) are having in emerging digital and technology industries across the globe, with significant increase of litigation, IP and antitrust issues.

It is undisputable that the modern interactive world is assisted and achieved by standards, which are based on patented technologies that enable machines and devices to communicate effectively and efficiently with each other. These technical standards allow interoperability and connectivity, and the patents protect and ensure the inventor’s rights to such technology, especially telecommunication technologies including those for data transmission, carrier aggregation, and battery mode solutions. In fact, ICT – Information and Communication Technology industries are the backbone of the Digital Single Market and ICTs provide essential infrastructures and tools for knowledge creation, sharing and diffusion boosting the innovation capacity of any sector. In that, IoT – Internet of Things technologies will connect devices, vehicles, buildings and other items with electronics, software or sensors – to make an example: embedded ICT allows machines or cars to exchange information yielding a direct integration of the physical world into computer-based systems.

Against such a background, here we come to the “standards”. A “standard” sets out requirements for a specific item, material, component, system, or service, or describes in detail a particular method or procedure. Technology standards specify a common language for technologies to communicate and interact, ensuring compatibility and functionality of complex technology systems. Standards evolve in markets where returns increase when many firms rely on the same technology. An example: computers, smartphones and tablets connect to the internet or other devices via standardized wireless technologies, such as LTE, WiFi or Bluetooth. Standards enable products to communicate with each other and frequently give rise to substantial benefits on the market: e.g., they provide infrastructure to set up technologies, reduce transaction costs facilitate trade, allow for economies to scale and build platforms for knowledge sharing.

Standards are generally set by Standard Setting Organizations (“SSOs”), among others the International Standardization Organization (“ISO”) and the European Telecommunications Standards Institute (“ETSI”), with the specific objective to facilitate the deployment of new technologies on the largest possible scale and to create a level of playing field for competition in related product markets.

The point is that the largest majority of standards are based on patented technologies. In fact, patents provide incentives for research and development, and facilitate knowledge transfers. Standards ensure the rapid diffusion of technologies and the interoperability between products.

Organizations engaged in standard setting have developed rules and practices to ensure the efficient licensing of patents that are essential for their standards – precisely, the SEPs. A smooth licensing environment is essential to the success of a standard. It helps to achieve broad and rapid diffusion of innovation and to give patent holders an adequate return on investment in research and development. It also gives all users of the standard fair and non-discriminatory access at a reasonable cost. In particular, SEP holders commit to making their patented technology accessible under “Fair, Reasonable, and Non-Discriminatory” (“FRAND”) terms in exchange for an agreed royalty. In other words, FRAND terms are basically a method to ensure that SEP implementors are able to license and use standardized technology on fair grounds.

It is worth noting that FRAND terms are not regulatory, as SSOs members agree to abide by FRAND terms when they declare SEPs at such SSOs. Consequently, there is no specific entity designated to enforce such FRAND terms.

Despite this seemingly straightforward method of protecting and using the technology covered by SEPs, operators still face several challenges when working with SEPs. Some of the main critical IP and antitrust challenges include the over-declaration of SEPs, lack of standardized data, and difficulty in determining royalty rates when negotiating SEP licenses, to name a few.

Indeed, the difficulty in determining royalty rates deserves a special focus. As FRAND is a subjective matter, disagreements over the royalty rates in SEP licensing agreements often arise and prolong negotiations. The essentiality of a SEP shall first be determined and followed by the exact royalty rate the licensee is willing to pay and the licensor is willing to accept. The negotiation period usually takes several months to over several years. For example, Ericsson and Samsung’s licensing agreement in 2014 took several years and many lawsuits to come to an agreement.

The regulation of SEPs has increasingly attracted the attention of policymakers all over the world in recent years. This includes the European Commission, which institutes multiple projects to profoundly review the European Union’s SEP framework.

To recall the path followed since now at European level: in November 2017, the European Commission published an EU approach to SEPs as part of its “IP Package” (full text accessible here) The aim was to provide a clearer framework to incentivize and facilitate access to the key technologies enabling interconnection and connectivity. These relatively narrow targets were made more concrete in November 2020 with the release of the “Intellectual Property Action Plan” (full text accessible here). This plan sought to support the European creative and innovative industry sector in remaining a global leader. In the area of SEPs, the European Commission’s objective was to reduce friction and litigation between SEP holders and users by relying on potential regulatory reforms—in addition to industry-led initiatives—to clarify and improve the framework for SEP enrollment, licensing and enforcement. By providing incentives for good faith negotiations, the European Commission tried to reconcile the interests of SEP holders, SSOs and users of SEP-protected technologies. In January 2021, the European Commission’s Group of Experts on Licensing and Valuation of SEPs published its contributions to the debate (full text accessible here): this group proposed, among others, a number of principles for licensing SEPs, namely licensing at a single level of the value chain, a single FRAND royalty, passing on FRAND royalties downstream and establishing licensee negotiation groups.

In February 2022, the European Commission presented its new “Standardization Strategy”, with the aim of ensuring a balanced stakeholder representation within European SDOs and addressing the issue of agility and governance in the European standardization system (more information available here). This strategy and the draft law highlight the European Union’s priority to defend its key position as a global standardization policymaker and it focuses on the fact that, even though SEPs rightsholders commit to license their SEPs to users FRAND conditions, some users have found that the system for licensing SEPs is not transparent, predictable or efficient. So, such initiative is meant to create a fair and balanced licensing framework, by combining legislative and non-legislative action.

In addition to many legislative ferments, the SEPs road is paved also by many cases brought in court. At European level, one of the most relevant case is the decision released in 2015 by the Court of Justice in case “Huawei v. ZTE”. Here the Court established a well-balanced framework for licensing negotiations regarding FRAND-accessible SEPs, imposing obligations of good faith conduct on both parties involved in such negotiations. It has been highlighted by many commentators that since the Court’s decision, national courts in Europe have been steadily providing further guidance to stakeholders on how to live up to these obligations in practice.

At a multijurisdictional level In terms of SEP litigation and FRAND, major German, UK and Dutch patent courts provide different legal interpretations of the CJEU judgments (see. The Hauge case ID: 200.221.250 Philips v. Asus) while seeking for guidance in new industry sectors. Indeed, in November 2020, the Higher Regional Court of Düsseldorf referred Nokia’s case against Daimler to the CJEU to get further clarity on the SEP dispute between the two companies, but the long-awaited judgment never came to an end due to the settlement of all pending litigations, including the referral made to the CJEU.

In addition, by considering the limits of SSOs due to the lack of essentiality assessment, patent holders and willing licensees are even more inclined to consider patent pools as an easier one-stop solution to get licenses in one place (see the Avanci platform) even because pools do demonstrate to have a process and experience for carrying out essentiality screening for their members.

But what about Italy? In Italy, a relevant decision on SEPs was released in 2012 by the Court of Milan – case “Samsung Electronic Co. Ltd and Samsung Electronic Italia Spa vs Apple Inc., Apple Italia Srl, Apple Retail Italia Srl and Apple Sales International”. This case was about a SEP invention covering technology related to the telecommunications system 3G/UMTS (it was the Italian portion of EP 1188269). The SEP owner Samsung claimed that Apple (the SEP implementer) produced smartphones which incorporated technology allegedly falling within the patent’s claims and asked for an injunction. Before the proceedings, the parties had unsuccessfully conducted negotiations with a view to entering into a license agreement. First, the Court of Milan generally highlighted the importance of enforcing SEPs in a way which does not unfairly affect competitors, because general interests, such as guaranteeing a competitive market and the incentive to cultural and scientific progress, would be jeopardized. Exploiting SEPs in such a way, and in particular imposing on implementers extremely onerous terms and conditions – the court noted – would amount to an “abuse of rights”. The Court then put great emphasis on the fact that Apple had put efforts in the negotiations and tried to obtain a license from Samsung. The Court of Milan held that the implementer (here Apple) was a willing licensee, and thus refused to issue the injunction. Specifically, it pointed out that “an injunction sought on the ground of a Standard Essential Patent cannot be granted if the party against whom it is requested has shown through serious negotiations the intention to obtain a license on that patent”.