Image rights and use of likeness in the metaverse: A legal overview 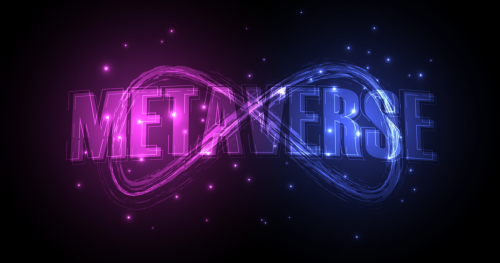 As happens every so often, technology has once again outpaced regulation. The metaverse is now offering new, wide-ranging, previously unimagined scenarios, captivating users’ attention and waiting to be exploited to their full potential by platforms and brands. As with the Internet, one cannot help but wonder whether ad hoc rules are really needed, or existing provisions could (or should) apply irrespective of the changed technological environment where legally relevant conducts may take place. When it comes to image rights, it could be said that the medium is not the message: what is protected is the resulting portrayal, the act of using an individual’s personal features, no matter which or how, insofar as that allows identification of the individual in question. This is what could happen if influencers’ avatars were shown sporting the latest pieces from fashion collections, or top models’ incarnations walked virtual couture catwalks, or celebrity actors starred in movie clips played in the metaverse.

Overview of image rights in Italy

In Italy, the use of likeness is protected by specific statutory provisions of the Civil Code and the law on copyright and related rights. These provisions set out personal, inalienable rights that prevent third-party unauthorized use of a person’s image and portrait. The two notions differ to the extent that “portrait” usually refers to the actual visual representation of a person (e.g., through photographs, footage, drawings, and the like), while “image” is construed to include any representation that allows a person to be identified (e.g., an actor clearly impersonating a certain individual). In this broad sense, image rights are personality rights that together with one’s name, pseudonym, and reputation, identify an individual in their material existence and social status, or evoke their physical features; they are protected in the Italian legal system. Under longstanding civil law tradition, personality rights have provided the basis for scholars and case-law to outline a right to personal identity under Article 2 of the Constitution. This right is identified as the global expression of personality, including moral personality, and is aimed at preventing any representation of a person that may alter their true self.

Unlike other legal systems, the Italian legal system acknowledges a right that is the polar opposite of confidentiality and privacy rights (which aim to protect a negative objective, meaning individuals’ interest in not being portrayed or having their private affairs represented to the outside world). In fact, personal identity works as a positive safeguard against misrepresentation and supports individuals’ interest in being portrayed as they really are. In this sense, such rights go far beyond the idea of mere economic exploitation that is at the core of publicity rights: personality rights (including image rights and the right to personal identity) allow individuals to seek protection against any (mis)representation, irrespective of value, for the simple reason that the individuals do not want to be portrayed, or at least not in a certain way.

Therefore, a third party can lawfully reproduce a person’s image and portrait, as long as such reproduction has either been expressly and previously authorized by the portrayed person, or—irrespective of the portrayed person’s consent—is permitted by law under an exhaustive list of specific exceptions. The latter includes the portrayed person’s celebrity status, which, however, per se does not provide cause or justification: there needs to be an element of actual public interest to the information spread using the image at stake, which may take precedence over the exclusive protection of personal image.

As evidenced by the general principle of consent, the right to personal image—as a proper personality right enshrined in the Constitution—cannot be waived or assigned but can only be subject to authorization for use in favor of third-party beneficiaries. The law does not provide any formalities regarding the ways in which consent may be given, and implied consent has—to a certain extent—been deemed admissible. However, the Italian law on copyright (which, as mentioned, also governs the use of personal portraits) sets out a general written form for evidentiary purposes in connection with the transfer of economic rights. This means that although form does not affect the validity of the transaction, it may constitute the only means (together with the oath) of proving the existence of that transaction. This rule makes the written form preferable for any party seeking to acquire publicity rights or release for commercial purposes, as the case may be with celebrities, considering the prevalence of the economic aspect—rather than the moral one—of the rights transferred and authorized acts.

Notwithstanding the above, image publication is in any case forbidden any time publication may harm the honor, reputation, or even the decorum of the person portrayed. Assessment of whether there is any such harm because of image publication is a matter left to the discernment of the court eventually hearing the case.

What do luxury brands that operate in the metaverse—or wish to enter it—need to do or know in Italy?

Image rights have served as a legal basis for extensive judicial recognition of rights, including a broader publicity right covering all aspects of the commercialization of an individual’s identity. In this regard, ever since a ruling was delivered in one of the most high-profile cases (widely known as the Lucio Dalla case in reference to the late singer-songwriter involved), Italian courts have shown a rather marked penchant for granting protection against unauthorized use of likenesses, especially for purely or predominantly commercial purposes, such as advertising, and have established that third parties must obtain consent from the people depicted even when using items that identify their characters and personalities (e.g., a distinctive hat or eyeglass frames, like the skullcap and round frames famously worn by Dalla). A few decades later, this approach is still in place, as suggested by another high-profile case in which Audrey Hepburn’s heirs successfully challenged the use of a model who had been styled, coiffed, and made up by a brand-owner in the context of advertising to recreate the actress’s famous character Holly Golightly in the cult movie Breakfast at Tiffany’s. The conclusion reached by the court was essentially grounded in the fact that the public could—and would—identify the model as if she were Audrey Hepburn. In a different context, the right to personal identity was even used to exclude the lawfulness of the use of a very famous Italian comedian’s image on political billboards due to the fact that it created an unjustified association between his personality and certain ideologies.

If the above provisions were applied to the use of a likeness in the metaverse—and we do not foresee any reasons why they should not be—then operators such as platforms and brand owners would have to reconsider indiscriminate use of eye-catching avatars. Instead, they would need to carefully evaluate the possibility of obtaining consent in writing covering all desired use from any recognizable individual whose image was to be exploited in the new virtual reality. Even more importantly, were they to obtain such consent they would still need to respect the persona behind the avatar, or else under Italian law they would risk facing identity rights claims were they to fail to provide a faithful portrayal.

In practice, should Italian law apply, any celebrity avatars used, for instance, in advertising campaigns in the metaverse would need to be released by the relevant rightsholders (the next of kin, in the case of a deceased person). And even if the rights are released, users and brands will still need to be careful with their representation in light of personal identity protection. Think of a well-known vegan celebrity and activist for animal rights such as Paul McCartney: he could be more inclined to challenge the use of his image if an avatar portraying him were used to sponsor real fur clothing. Likewise, model Bella Hadid, who is of Palestinian descent, might be more likely to object that her personal identity was being misrepresented if she were shown in the metaverse wearing creations of the late Israeli designer Alber Elbaz (who was the longtime creative director at Lanvin).

Of course, the not insignificant question of applicable law and jurisdiction arises, too. Though not fully accepted, based on Italian international private law the answer to that question appears to be found in the national law and forum of the person in question. Against this backdrop, and with specific provisions and case law still lacking, image rights in the metaverse may play out just as they do in other scenarios, meaning the metaverse may be less of a free zone than one might think.