W&I Insurance policy: a sophisticated tool for the benefit of both the seller and the buyer

A Warranty and Indemnity insurance policy (“W&I Policy”) covers losses arising from a breach of representations and warranties in connection with M&A transactions. While W&I Policies originally flourished in the UK, the US and Australia, they have seen an exponential growth in the EMEA region over the past years.

As shown in Marsh “Transactional Risk Insurance Claims Study, EMEA” (July 2019), the number of notifications to the insurer under W&I policies sharply increased from 2016 onwards, reflecting a proportional increase in the number of policies placed over the same period. 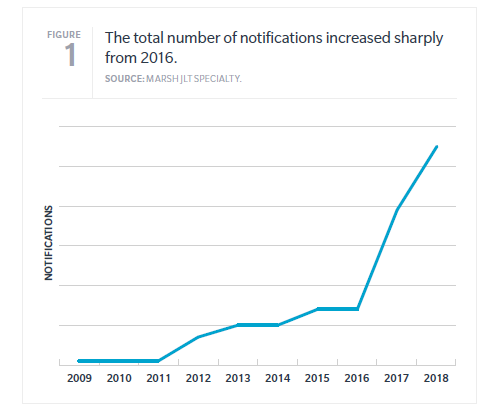 Moreover, according to the “Transactional Risk Insurance Report” (June 2019), Marsh’s placement of transactional risk policies recorded an increase of 31% over 2017 with the largest growth in Spain, Italy and Germany within the EMEA region.

The growing appetite for this type of insurance solution is confirmed and goes hand in hand with the continuous evolution of the relative insurance market, the increasing competition between insurers and the design of more sophisticated insurance construct.

It is worth mentioning that in 2018 Marsh placed a “fully synthetic W&I policy” for the first time. This policy has taken the transfer of transactional risk to a further level where the buyer directly agrees on a set of R&Ws to be covered by the insurance with the insurer while the seller does not give any warranties in the SPA and does not produce any disclosure schedules to the warranties, but only provides access to the documents uploaded to a virtual data room.

By taking out a W&I Policy, the parties transfer the risks of potential liabilities arising from a breach of the representations and warranties to a third party (i.e., the insurer) within a reasonable timeframe and at a reasonable premium (if implemented in the context of mid-cap or bigger deals).

Therefore, these policies may represent a powerful tool to expedite an M&A negotiation since such policies could help buyers and sellers to meet their counterparty’s expectations (the buyer’s expectation to be protected by the broadest representations, warranties and indemnities possible, preferably if secured by an escrow agreement, a parent company guarantee or other form of security, vs the seller’s expectation to reduce its potential exposure to future liabilities, etc.). Although W&I Policies have been used mainly by financial buyers such as private equity funds for a long time, the past years have recorded a significant increase of the strategic/corporate insured.

There are two main types of W&I Policies depending on the insured person:

This strong disproportion of use between a buy-side W&I Policy and a sell-side W&I Policy is due to the fact that a buy-side generally provides greater benefits for both the buyer and seller and it has an impact on the indemnification construct in the SPA and its negotiation.

For a Buyer, the benefits of entering into a buy-side W&I policy would include the following:

For a Seller, the benefits of entering into a W&I policy would include the following:

Moreover, in most of the cases, the execution of a buy-side Policy would speed up the timing of the negotiation since it would reduce the Seller’s liability under an acquisition agreement.

How long does it take to arrange a W&I policy? This question is frequently asked by a Buyer/Seller since one of their concerns is to prevent a delay and postponement of the closing date. Typically, the entire process to take out a W&I policy would take 2 to 3 weeks and it would be advisable to start negotiating the policy before finalizing the acquisition agreement. Consider that for buy-side policies, the Seller does not have a strong interest in conducting extensive negotiations on the R&Ws unless the SPA provides that for misrepresentations causing losses under a certain cap, the Seller would bear the risk and would be bound by the indemnification provisions.

To start this process, insurers require the following:

Once the due diligence reports are available, the insurer will ask to have access to the virtual data room and the Buyer and its advisors will be requested to take part in a call to disclose specific aspects of the negotiations and disclosure process to the insurer.

Before signing the insurance policy, the insured party will be required to submit a No Claims Declaration stating that, at that date, it does not have actual knowledge of any breach of the R&W included in the SPA or any fact or circumstances that may reasonably give rise to a breach. After the execution of such declaration, the W&I insurance policy will be closed in the following two weeks.

As mentioned above, it is in the interest of the parties to involve the insurer as soon as possible since certain R&Ws will not be covered by the policy. Generally speaking, the policy is able to cover the broadest set of R&W, including: title and capacity, compliance with applicable law, compliance with cadastral law (if applicable), material contracts (including lease contracts), compliance with environmental law, employment, tax and insurance.

Exclusions may vary depending on the insurer and on the transaction, but typically insurers will exclude R&Ws on known matters, matters not included under the scope of the due diligence, forward looking warranties, leakage and consideration adjustment provisions, condition of the property or assets (including asbestos), anti-bribery and corruption, environmental liabilities (such as contamination warranties), under-funded liability of pension schemes, civil or criminal fines or penalties or punitive damages. In addition, there may also be transaction-specific exclusions.

The insurance coverage position will be included in a specific schedule of the W&I insurance policy that will list all R&Ws and will state if each of them is covered, not covered, or covered in an amended form.

In the case where the SPA provides (i) for a non-simultaneous signing and closing, and (ii) for a bring down clause, then the insurance will cover the R&Ws at closing in the case where the Buyer executes an updated No Claims Declaration at closing. Otherwise, only the R&Ws provided on the signing date will be covered and, as a result, the insurance would not cover breaches of the R&Ws that occurred and are known or were discovered by the Buyer in the period between the signing and closing. Note also that the W&I policy will cover only the period of time for and the matters that were covered in the due diligence and therefore, it is advisable that the due diligence is conducted at a date closer to the closing date.

As a general exception to the shift of liability from the Seller to the insurer, if the loss suffered by Buyer arising from a misrepresentation is caused by an action or omission committed by the Seller with willful misconduct (dolo) or gross negligence (colpa grave), the latter will be liable of and will indemnify Buyer from, or reimburse the insurer from, as applicable, such loss.

As final remark, it is worth highlighting which are the main R&Ws claims submitted to an insurer under a W&I Policy. As shown in Marsh “Transactional Risk Insurance Claims Study, EMEA” (July 2019), most of the indemnification claims made to the insurer refers to a breach of one of following R&Ws: tax, financial statements, compliance with laws and employment. 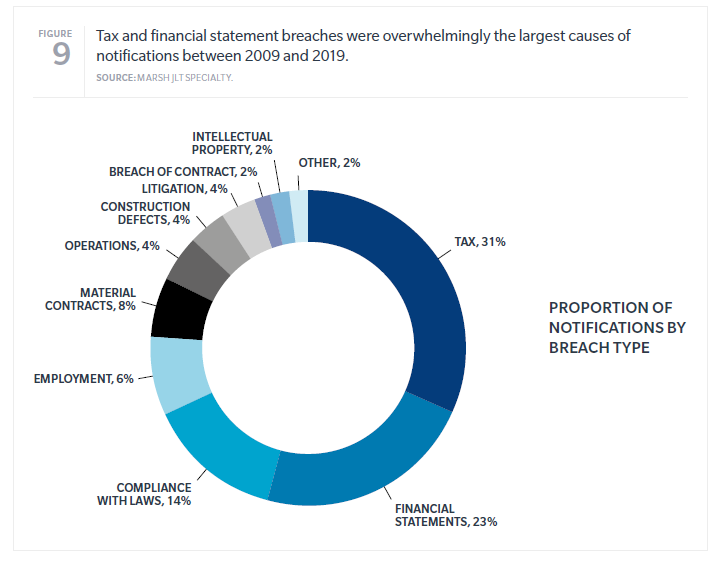 In spite of this increasing expansion, W&I Policies are still viewed with distrust and suspicion in less mature countries and by less sophisticated parties, mainly because there is still a certain unfamiliarity with their actual benefits as well as with their potential disadvantages, unless these are properly addressed and negotiated from a contractual standpoint.

W&I insurance needs to be carefully negotiated in light of the points raised above. Hence, the decision to cover the risk of misrepresentation through a W&I Insurance should be discussed and taken into consideration by the parties from the beginning since the use of such insurance tool would have an impact on certain transaction constructs and on same negotiation of the deal.