Tightening up the enforcement of sanctions in the EU: the European Commission’s proposal to add sanctions evasion to the list of EU crimes 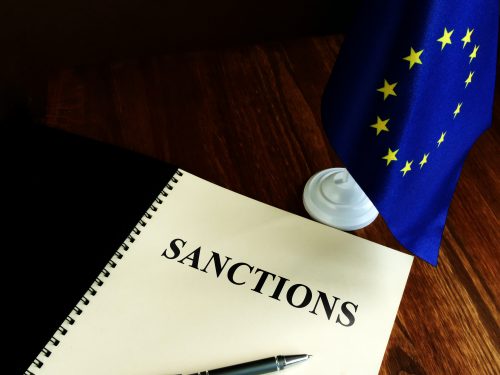 This article has been also published on the EU Law Live website on June 2, 2022.

On 25 May 2022, the European Commission announced its proposal to include violation of the Union’s restrictive measures in the EU’s list of crimes. In a separate Communication, it set out the main contents of a future Directive on the issue.

In parallel, the Commission presented another proposal which would revise the Directive on the freezing and confiscation of the instruments and proceeds of crimes in order to bolster the powers of Member States to confiscate assets frozen in connection with violations of EU restrictive measures.

If passed, these measures would harmonise the approach of the Member States to sanctions enforcement and asset confiscation.

The war in Ukraine, in fact, made it clear that, lacking consistent regulations on sanctions at a national level, many Member States are struggling to freeze and confiscate assets of sanctions targets.

The Commission claims that, even though the EU has intensified its restrictive measures over the last few decades, very few of those responsible for bypassing EU sanctions are effectively held accountable.

Definitions and penalties for violation of the EU’s restrictive measures vary from one Member State. From the enforcement perspective, judicial proceedings for violations of sanctions are currently underway in only a few countries. And with regard to remedies, in most Member States confiscation is allowed only as a consequence of a criminal conviction or if a link with criminal activities has been established.

According to the Commission, this creates the risk of forum shopping and poses a challenge to attaining the EU’s objectives of maintaining international peace and security.

Therefore, now more than ever, criminalisation of the evasion of sanctions at EU level is needed to prevent impunity and intensify the deterrent effect of the restrictive measures.

On 25 May 2022, the Commission proposed to include the violation of EU restrictive measures in the areas of crime laid down in Article 83(1) TFEU. These include particularly serious offences taking place across the EU and having an impact beyond national borders (for example terrorism, trafficking in human beings and sexual exploitation of women and children, illicit drug trafficking, money laundering, corruption, computer crimes).

The process to extend the list of the crimes of EU relevance first required the Council of the European Union to come to an agreement on doing so after obtaining the consent of the European Parliament. Then the European Commission, following its routine legislative procedure, proposed a Directive, which set out the definition of criminal offences and sanctions.

To facilitate swift engagement with the European Parliament and the Council on the matter, the Commission specified behaviour that could amount to criminal offences in connection with violations of EU restrictive measures, including:

In addition, the Directive would make it mandatory for Member States to take the measures necessary to ensure that inciting, aiding and abetting the commission of the criminal behaviour specified and attempting to commit such offences, are also punishable.

The sanctions recommended by the proposal are particularly severe, and include judicial supervision, withdrawal of licences and authorisations, and temporary or permanent disqualification from conducting business, in addition to fines.

The combination of actions to make the evasion of sanctions an EU-wide crime and to facilitate asset freezing and confiscation are intended to change the way the EU’s restrictive measures are investigated, prosecuted and punished. While it is evident that the proposals are part of the EU’s response to Russia’s invasion of Ukraine, the implications are not immediately clear, as time is required to complete the process of harmonisation of the different legislation of EU Member States. Though the proposals will not have an impact on the current crisis immediately, it is likely that they will play a pivotal role in making the various existing EU sanctions regimes more effective and in promoting a culture of sanctions compliance.