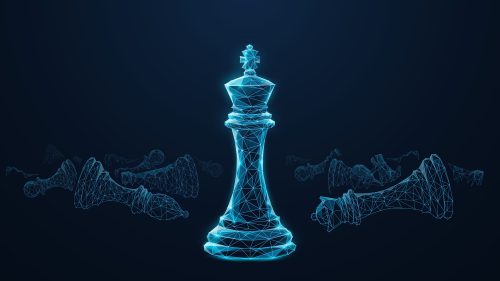 On June 22, 2022, the European Court of Justice (hereinafter, the “ECJ”) issued a judgement in Case C-267/20 clarifying the temporal application of certain provisions of Directive 2014/104/EU (the “Directive”), namely Article 10 on limitation periods to claim damages and Article 17 on presumption and quantification of harm caused by a cartel. Significantly, the ECJ also provided clarification on when the limitation period for antitrust damage claims can be deemed to have started according to EU law (dies a quo).

However, there is no indication in the Directive of how to identify substantive and procedural provisions, nor is there any indication of what “retroactively” means exactly. Therefore, questions have arisen in private litigation proceedings regarding compensation of antitrust damages that hinge on whether certain Directive rules apply to the proceedings and the anti-competitive conduct that is the subject of the proceedings.

The dispute in question can be traced back to a cartel formed by several truck manufacturers, including Volvo and DAF Truck, which are the defendants in the proceedings at issues. on July 19, 2016, The European Commission (“Commission”) found that from 1997 to 2011 several truck manufacturers with major market shares in Europe colluded, in breach of Article 101 TFEU, to raise the prices of medium and heavy-duty trucks artificially and also colluded on the timing and passing on of costs for the introduction of emission-reduction technologies (the “Decision”). A summary of the Decision was first published in the Official Journal of the European Union on April 6, 2017, after issues regarding confidential information and business secrets were resolved. Subsequently, on April 1, 2018, a plaintiff in Spain filed a claim for damages before a Spanish Commercial Court, seeking compensation for the surcharge it paid when purchasing three trucks from The defendants during the cartel period and relying on the Directive’s provisions to that end.

Notably, Article 10 of the Directive establishes—inter alia—that Member States must introduce rules ensuring that (i) a limitation period of at least five years is granted to actions for antitrust damages and (ii) the limitation period countdown does not start before the claimant knows, or can reasonably be expected to know, the essential elements of the infringement (i.e., the conduct, the fact that it infringed competition law and caused harm to competition, and the identity of the infringers). Article 17 establishes a (rebuttable) presumption that cartels cause harm and, moreover, that national courts must be equipped with the power to estimate such harm equitably by using the available evidence as proxy if exact quantification is impossible or excessively difficult. Spain implemented the Directive on May 27, 2017, five months after the deadline provided by the Directive (December 27, 2016).

In October 2019, the Spanish Commercial Court partly granted the plaintiff’s claims, finding that both Articles 10 and 17 of the Directive were applicable at the time the plaintiff filed its claim. Volvo and DAF appealed the judgement, claiming that the Directive was not in force when the infringement at issue was committed (as it had ceased in 2011) and therefore was not applicable to the case. Reiterating their argument from the first-instance proceedings, they contended that the only statute of limitations applicable to the claims was the one-year statute of limitations provided by Spanish law before amendments transposing the Directive were introduced. Furthermore, they argued that the one-year term started no later than the publication of the Commission’s press release about the Decision on July 19, 2016 (more than nine months before first publication of the official summary of the Decision). Thus, according to the defendants, the plaintiff’s claim was time-barred when it was filed. Further, both defendants argued that as the Directive was not applicable, the existence and amount of the harm had to be proved in the instance and could not be presumed.

The Spanish appeals court decided to stay the proceedings and referred a request for a preliminary ruling to the ECJ, basically seeking guidance on the temporal application of Article 10 and Article 17 of the Directive, in accordance with Article 22, with regard to the action, which, although it was related to infringement of competition law that ceased before the Directive became effective, was brought before the court after the provisions transposing it into national law came into effect. To this end, the Spanish appeals court asked the ECJ, first, whether the above provisions were procedural or substantive in nature and, second, what point in time should be used to determine temporal application of the provision in this instance and how “retroactive” application should be interpreted.

The ECJ preliminarily clarified that temporal applicability is linked to the nature of the individual provisions: according to established ECJ case law, procedural rules are generally immediately applicable to proceedings or situations from the date the rules enter into force. Substantive rules, however, do not in principle apply to situations that existed before such rules entered into force, unless the rules clearly govern such prior situations. It is also established general principle that a new rule of law does not apply to situations that arose and became final under the previous law, while the new rule of law does apply to future effects of a situation that arose under previous law, as well as to new legal situations (again, unless otherwise provided by specific provisions on temporal application, subject to the principle of non-retroactivity of legal acts). As a result, the provisions of directives apply only to situations existing after the expiration of the term for their transposition into national law. This covers legal situations that arise under a previous rule and continue to produce effects after the deadline passes or after the national measures implementing the directive take effect.

In the case at issue, the ECJ pointed out that, while specific temporal application conditions for its norms depend on whether they are procedural or substantive, the Directive does not expressly indicate which provisions can be characterized as such. The assessment in this instance must be carried out in light of EU law and of the provisions of the Directive, because clearly the Directive refers to its own provisions in this regard—not to national law. Consequently, Member States do not have discretion to determine whether the provisions of the Directive are substantive or procedural, as such discretion could undermine effective and uniform application of EU law throughout the EU.

Article 10 on statute of limitations is substantive in nature

The ECJ analyzed Article 10 of the Directive and found that, unlike other procedural time-limits, a statute of limitations affects the enforceability of a right of individual persons, which, once time-barred, may no longer be asserted effectively before any court. Accordingly, the ECJ deemed Article 10 a substantive provision, and therefore subject to the prohibition of retroactive application set forth in Article 22(1). Consequently, the ECJ held that it had to be determined whether the situation at issue in the main proceedings, which arose before the deadline for transposition of the Directive, continued to produce effects after that deadline had passed. To that end, given the specific context of “follow-on” action for antitrust damages,[1] it was necessary to determine whether the limitation period applicable to such actions in the main proceedings (i.e., the period applicable pursuant to national law) had already elapsed on December 27, 2016.

Paramount to understanding whether the old statute of limitations had already expired was pinpointing exactly when the one-year statute of limitations term began (dies a quo). The ECJ reasoned that this was also a matter of EU law, as it pertained to effective enforcement of Article 101 TFEU, and that the one-year period could only begin when the injured party could be reasonably expected to be aware of the infringement because all the essential information—namely the fact that it had suffered harm because of the infringement (causal link) and the identity of the infringers—had been disclosed. That said, considering that the Commission press release on the finding of infringement did not disclose sufficiently precise information to that end, the ECJ held that the one-year period should be presumed to start from the date the summary of the Decision was published in the Official Journal of the European Union (i.e., April 6, 2017) and not from the date of publication of the press release (i.e., July 2016 or even earlier, when the infringement had ceased in 2011), as the defendants alleged. Therefore, the previous one-year limitation period had not yet elapsed when the deadline for transposition of the Directive expired (in December 2016), nor had it elapsed when the Directive was transposed into national law (in May 2017).[2]

Based on this reasoning, the ECJ deemed Article 10 applicable to the plaintiff’s action in this instance because the situation at issue in the main proceedings was still producing effects after the Directive was transposed into national law. Therefore, there was no possible retroactive application of Article 10 to that situation.

The ECJ found that said provision is procedural in nature because its objective is to grant national courts, in accordance with national procedures, special powers to relax the standard of proof to quantify the harm suffered in cases where it would be excessively difficult to provide concrete and precise evidence of its magnitude.[3] According to the ECJ, its case law shows that the rules on the burden and standard of proof are in principle classified as procedural in nature. Given that the plaintiff filed its claim on April 1, 2018—i.e., after the Directive took effect at the EU level on December 26, 2014 —the ECJ concluded that Article 17(1) is applicable to the situation at issue in the main proceedings pursuant to Article 22(2) and to the established general principles on temporal application of the law.

Article 17(2) on presumption of harm is substantive in nature

On the flip side, the ECJ found that Article 17(2) is a substantive provision because, though it governs allocation of the burden of proof by establishing a presumption, it does not have a purely evidentiary purpose. Rather, since the presumption makes unnecessary for the parties to prove the harm resulting from the cartel or the causal link with the cartel, Article 17(2) pertains to a constituent element of non-contractual civil liability and thus to an essential element for the enforceability and effective assertion of a person’s right to compensation of damages for infringement of EU competition law. Considering that the fact giving rise to the presumption in the case at issue (i.e., existence of the cartel) had completely ceased (in 2011) long before the deadline for transposition of the Directive (December 2016), the ECJ concluded that Article 17(2) is not temporally applicable to the cartel that is the subject of the main proceedings. Otherwise, the provision would be applied retroactively, in breach of Article 22(1) of the Directive.

This judgement certainly provides more clarity on the temporal applicability of the Directive to infringement that ceased before its transposition into national law. Notably, the ECJ clarified the starting point for running the clock on the limitation period for claiming damages for infringement of EU competition law and provided guidance on how to distinguish between procedural and substantive EU rules with a view to determining the limits of “retroactive” application thereof. In this regard, however, the judgement still leaves some room for interpretation in specific instances when the EU rules at issue may affect enforceability of a right and in regard to whether or not the situation at issue in the main proceedings has become definitive or still produces effects after a certain point in time.

[1] Actions for antitrust damages are commonly referred to as “follow-on” if brought before a court after a competition authority has issued a final infringement decision.

[2] Besides, the same limitation period had not elapsed even when the plaintiff filed its claim on April 1, 2018, though that was for the national referring court to decide.

[3] Because of information asymmetry and difficulties in determining the counterfactual scenario in the hypothetical absence of infringement.